What Is a Bear Market?
Cuprins
Introduction
What is a bear market?
Bear market examples
Bear market vs. bull market – what’s the difference?
How to trade in a bear market
Closing thoughts
TradingEssentialsEconomics 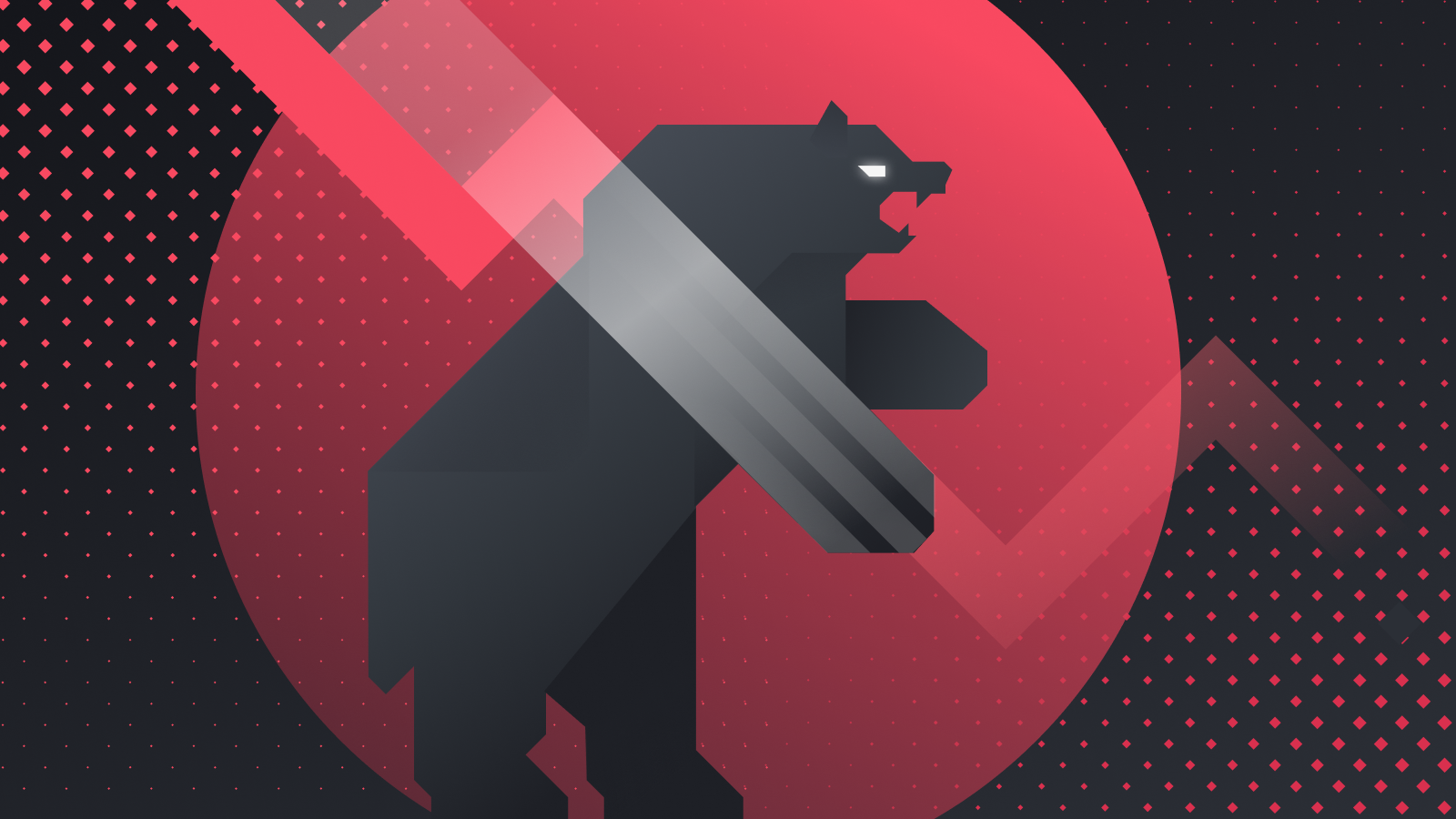 AcasăArticole
What Is a Bear Market?

What Is a Bear Market?

Financial markets move in trends. It’s important to understand the differences between these trends to be able to make better investment decisions. How come? Well, different market trends can lead to wildly different market conditions. If you don’t know what the underlying trend is, how are you going to adapt to changing conditions?

A market trend is the overall direction that the market is going. In a bear market, prices are generally declining. Bear markets can be a challenging time to trade or invest in, especially for beginners.

Most crypto traders and technical analysts agree that Bitcoin has been in a macro bull trend throughout its existence. Even so, there have been several relentless cryptocurrency bear markets. These generally bring more than an 80% decline in the price of Bitcoin, while altcoins can easily experience more than 90% declines. What can you do during these times?

In this article, we’ll discuss what a bear market is, how you should prepare for it, and how you may be able to profit in it.

If you’d like to read about bull markets first, check out What Is A Bull Market?.

What is a bear market?

A bear market can be described as a period of declining prices in a financial market. Bear markets can be extremely risky and difficult to trade for inexperienced traders. They can easily lead to great losses and scare investors from ever returning to the financial markets. How come?
There’s this saying among traders: “Stairs up, elevators down.” This means that moves to the upside may be slow and steady, while moves to the downside tend to be more sharp and violent. Why is that? When the price starts crashing, many traders rush to exit the markets. They do that to either stay in cash or lock in profits from their long positions. This can quickly result in a domino effect where sellers rushing to the exit leads to even more sellers exiting their positions, and so on. The drop can be amplified even more if the market is highly leveraged. Mass liquidations will have an even more pronounced cascading effect, resulting in a violent sell-off.
With that said, bull markets can also have phases of euphoria. During these times, prices are increasing at an extreme rate, correlations are higher than usual, and a majority of assets are going up in tandem.
Typically, investors are “bearish” in a bear market, meaning that they expect prices to decline. This also means that market sentiment is generally quite low. However, this may not mean that all market participants are in active short positions. This just means that they expect prices to decline and may be looking to position themselves accordingly if the opportunity presents itself.

As we’ve discussed, many investors think that Bitcoin has been in a macro bull trend since it started trading. Does that mean there aren’t bear markets contained in that bull run? No. After Bitcoin’s move to around $20,000 in December 2017, it’s had quite a brutal bear market.

As of July 2020, the range of the previous bear market low around $3,000 have been retested but never broken. If that low would have been breached, a stronger argument could be made that a multi-year Bitcoin bear market is still underway.

Bitcoin retesting the range of its previous bear market low.

Since that level has not been broken, the argument can be made that the crash following COVID-19 fears was merely a retest of the range. Still, there are no certainties when it comes to technical analysis, only probabilities.
Other notable bear market examples come from the stock market. The Great Depression, the 2008 Financial Crisis, or the 2020 stock market crash due to the coronavirus pandemic are all noteworthy examples. These events have all caused great damage on Wall Street and impacted stock prices across the board. Market indexes such as the Nasdaq 100, the Dow Jones Industrial Average (DJIA), or the S&P 500 index can experience significant price declines during times like these.

The difference is fairly straightforward. In a bull market, prices are going up, while in a bear market, prices fall.
One notable difference may be that bear markets can have long periods of consolidation, i.e., sideways or ranging price action. These are times when market volatility is quite low, and there’s little trading activity happening. While the same may be true in bull markets, this kind of behavior tends to be more prevalent in bear markets. After all, prices going down for an extended period isn’t very attractive for most investors.
Something else to consider is whether it’s possible to enter a short position on an asset in the first place. If there’s no ability to short an asset on margin or using derivatives, traders can only express a bearish view on the market by selling for cash or stablecoins. This can lead to a longer, drawn-out downtrend with little buying interest, resulting in a slow and uneventful sideways price action.

How to trade in a bear market

One of the simplest strategies traders can use in a bear market is to stay in cash (or stablecoins). If you’re not comfortable with prices declining, it may be better to simply wait until the market gets out of bear market territory. If there’s an expectation that a new bull market may come at some point in the future, you can take advantage of it when it does. At the same time, if you’re long-term HODLing with an investment time horizon of many years or decades, a bear market isn’t necessarily a direct signal to sell.
When it comes to trading and investing, it’s generally a better idea to trade with the direction of the market trend. This is why another lucrative strategy in bear markets could be to open short positions. This way, when asset prices are going down, traders can profit off the decline. These can be day trades, swing trades, position trades – the main intention is simply to trade in the direction of the trend. With that said, many contrarian traders will look for “counter-trend” trades, meaning trades that are against the direction of the major trend. Let’s see how that works.
In the case of a bear market, this would be entering a long position on a bounce. This move is sometimes called a “bear market rally” or a “dead cat bounce”. These counter-trend price moves can be notoriously volatile, as many traders may jump on the opportunity to long a short-term bounce. However, until the overall bear market is confirmed to be over, the assumption is that the downtrend will resume right after the bounce.
This is why successful traders will take profits (around the recent highs) and exit before the bear trend resumes. Otherwise, they could be stuck in their long position while the bear market continues. As such, it’s important to note that this is a highly risky strategy. Even the most advanced traders can incur significant losses when trying to catch a falling knife.

We’ve discussed what a bear market is, how traders may protect themselves and profit off bear markets. In summary, the most straightforward strategy is to stay in cash in a bear market – and wait for a safer opportunity to trade. Alternatively, many traders will look for opportunities to build short positions. As we know, it’s wise to follow the direction of the market trend when it comes to trading.
What Is a Blockchain Consensus Algorithm?
Dec 13, 2018
6m
What Is Bitcoin?
Feb 24, 2020
33m
What Is Ethereum?
Mar 18, 2020
48m
Explorați tot conținutul nostru