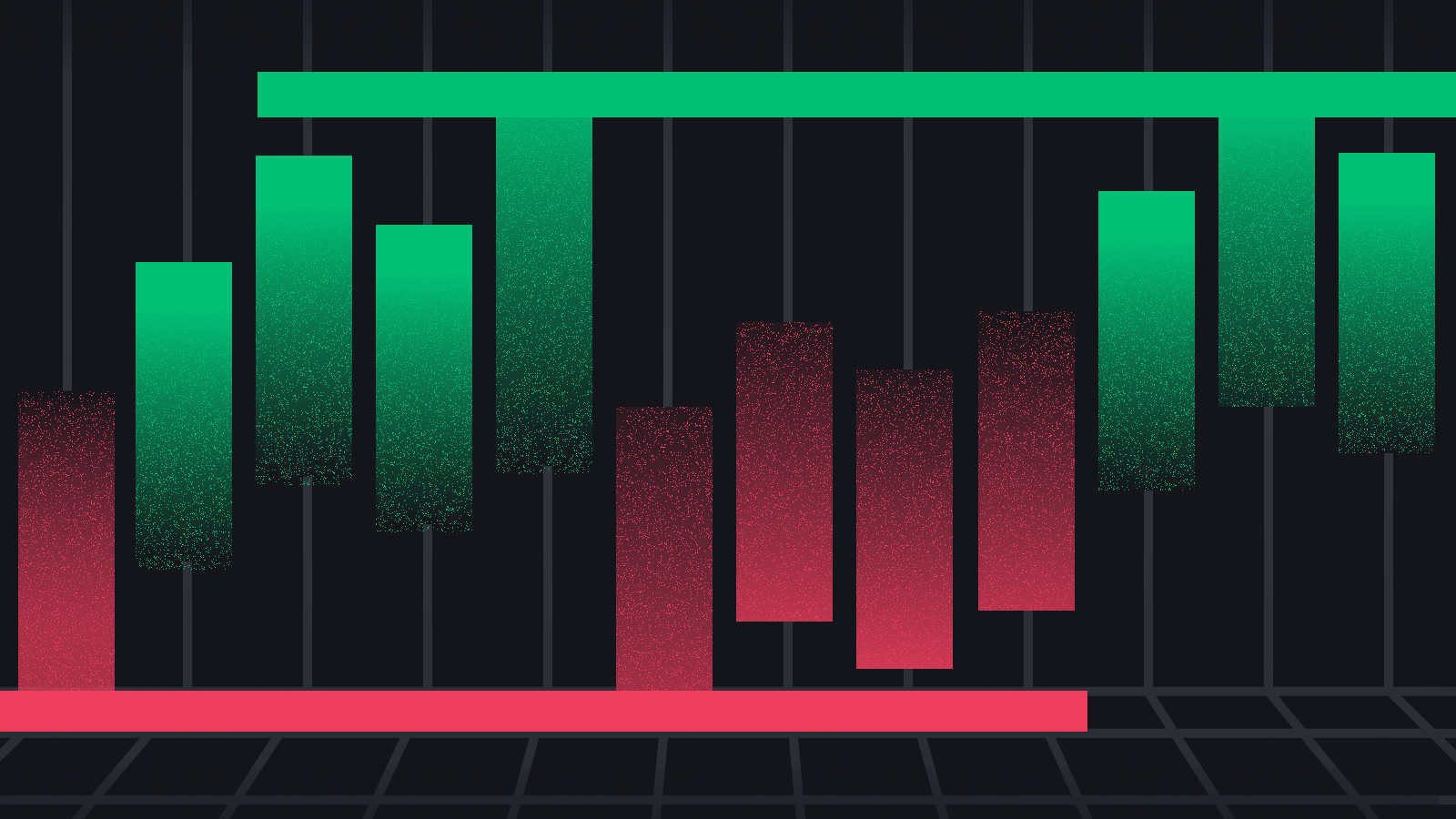 HomeArticles
The Basics of Support and Resistance Explained

While more traditionally, support and resistance are indicated as lines, the real-world cases are usually not as precise. Bear in mind; the markets aren’t driven by some physical law that prevents them from breaching a specific level. This is why it may be more beneficial to think of support and resistance as areas. You can think of these areas as ranges on a price chart that will likely drive increased activity from traders.
Let’s look at an example of a support level. Note that the price continually entered an area where the asset was bought up. A support range was formed as the area was retested multiple times. And since the bears (sellers) were unable to push the price further down, it eventually bounced – potentially starting a new uptrend.

Technical analysts use support and resistance levels to identify areas of interest on a price chart. These are the levels where the likelihood of a reversal or a pause in the underlying trend may be higher.
Market psychology plays a huge part in the formation of support and resistance levels. Traders and investors will remember the price levels that previously saw increased interest and trading activity. Since many traders may be looking at the same levels, these areas might bring increased liquidity. This often makes the support and resistance zones ideal for large traders (or whales) to enter or exit positions.
Support and resistance are key concepts when it comes to exercising proper risk management. The ability to consistently identify these zones can present favorable trading opportunities. Typically, two things can happen once the price reaches an area of support or resistance. It either bounces away from the area or breaks through it and continues in the direction of the trend – potentially to the next support or resistance area.
Entering a trade near a level of support or resistance area may be a beneficial strategy. Mainly because of the relatively close invalidation point – where we usually place a stop-loss order. If the area is breached and the trade is invalidated, traders can cut their loss and exit with a small loss. In this sense, the further the entry is from the zone of supply or demand, the further the invalidation point is.
Something else to consider is how these levels may react to changing context. As a general rule, a broken area of support may turn into an area of resistance when broken. Conversely, if an area of resistance is broken, it may turn into a support level later, when it’s retested. These patterns are sometimes called a support-resistance flip.

Different forms of support and resistance can exist, and some are based on the interaction of price with technical indicators. The most reliable support and resistance areas tend to be the ones that are confirmed by multiple strategies.
If you’d like to read more about chart analysis, check out 12 Popular Candlestick Patterns Used in Technical Analysis.
Is Bitcoin a Store of Value?
Apr 15, 2020
14m
What Is Technical Analysis?
Mar 14, 2019
6m
What Is a Coin Burn?
Dec 9, 2018
4m
Explore all of our content