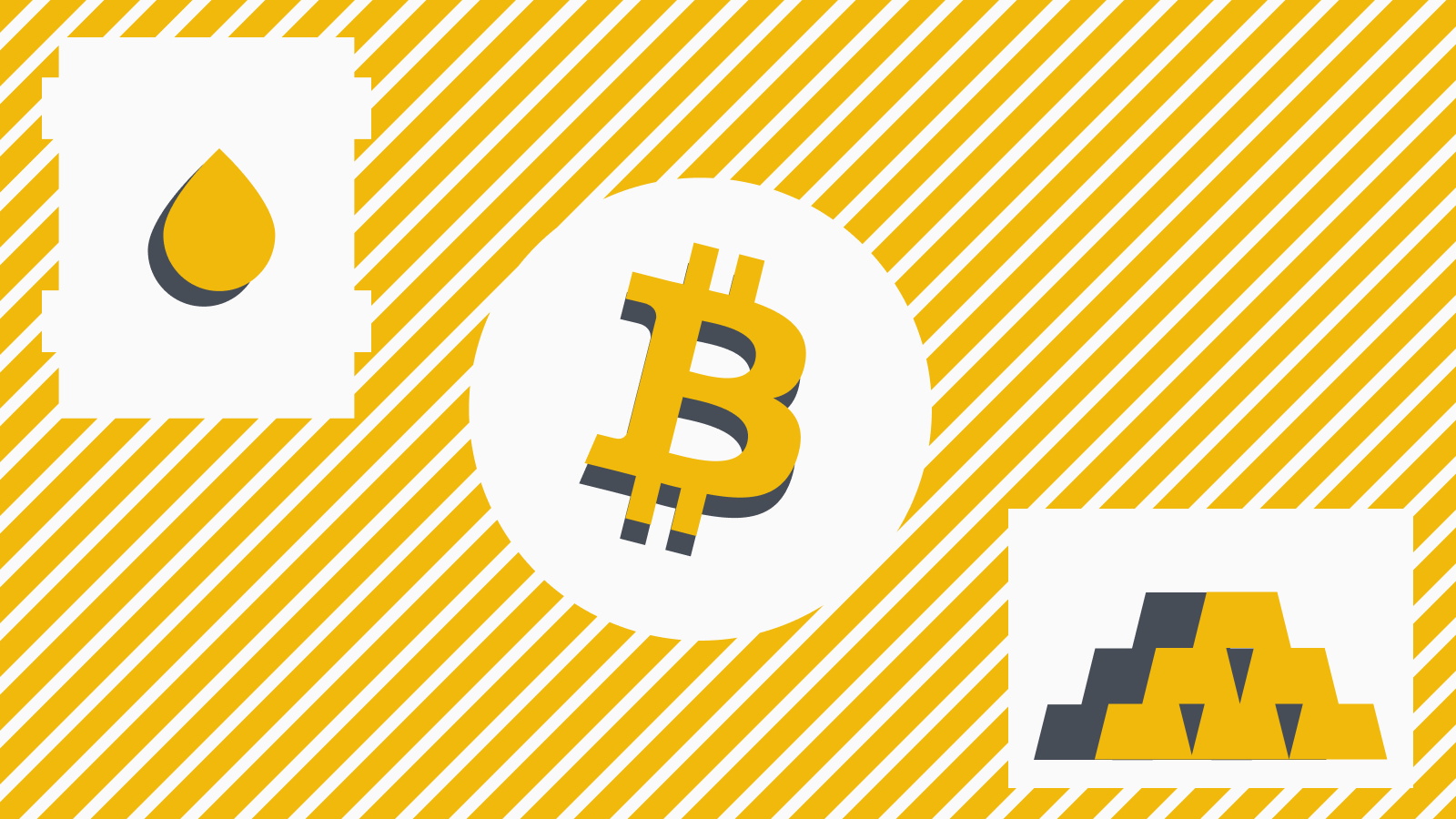 HomeArticles
Bitcoin and the Stock to Flow Model

Historically, gold has had the highest Stock to Flow ratio out of precious metals. But how much is it exactly? Going back to our previous example – let’s divide the total supply of 190,000 tons by 3,200, and we get a Stock to Flow ratio of ~59. This tells us that at the current production rate,  it would take around 59 years to mine 190,000 tons of gold.
It’s worth keeping in mind, though, that the estimates for how much new gold will be mined each year are just that – estimates. If we increase the annual production (the flow) to 3,500, the Stock to Flow ratio decreases to ~54.
While we’re at it, why not calculate the total value of all gold that’s been mined? This, in some ways, can be compared to the market capitalization of cryptocurrencies. If we take a price of about $1500 per troy ounce of gold, the total value of all gold comes to around $9 trillion. This sounds like a lot, but actually, if you’d combine it all into one cube, you could fit that cube into a single football stadium!
Comparably, the highest total value of the Bitcoin network had been around $300 billion in late 2017 and is hovering around $120 billion at the time of writing.

If you understand how Bitcoin works, it won’t be difficult for you to understand why applying the Stock to Flow model to it might make sense. The model essentially treats bitcoins comparably to scarce commodities, like gold or silver.
Gold and silver are often called store of value resources. They, in theory, should retain their value over the long term due to their relative scarcity and low flow. What’s more, it’s very difficult to significantly increase their supply within a short period of time.
According to the advocates of the Stock to Flow model, Bitcoin is a similar resource. It’s scarce, relatively costly to produce, and its maximum supply is capped at 21 million coins. Also, Bitcoin’s supply issuance is defined on the protocol level, which makes the flow completely predictable. You also might have heard about the Bitcoin halvings, where the amount of new supply entering the system is halved every 210,000 blocks (roughly four years).

According to the proponents of this model, these properties combined create a scarce digital resource with profoundly compelling characteristics to retain value over the long-term. In addition, they assume that there’s a statistically significant relationship between Stock to Flow and market value. According to the model’s projections, Bitcoin’s price should see a significant increase over time due to it’s continually reduced Stock to Flow ratio.
Amongst others, applying the Stock to Flow model to Bitcoin is often attributed to PlanB and his article Modeling Bitcoin’s Value with Scarcity.

The current circulating supply of Bitcoin is approximately 18 million bitcoins, while the new supply is approximately 0.7 million per year. At the time of writing, Bitcoin’s Stock To Flow ratio is hovering at around 25. After the next halving in May 2020, the ratio will increase to the low 50s.
In the image below, you can see the historical relationship of the 365-day moving average of Bitcoin’s Stock to Flow with its price. We’ve also indicated the dates of the Bitcoin halvings with color coding of the BTC price line.

Sneak a peek at the latest Bitcoin (BTC) prices today.

While volatility might be decreasing on the macro level, Bitcoin has been priced in a free market from its inception. This means that the price is mostly self-regulated on the open market by users, traders, and speculators. Combine that with relatively low liquidity, and Bitcoin is likely to be more exposed to sudden spikes of volatility than other assets. So the model may not be able to account for this either.
Other external factors, such as economic Black Swan events, could also undermine this model. Though it’s worth noting that the same applies to essentially any model that tries to predict the price of an asset based on historical data. A Black Swan event, by definition, has an element of surprise. Historical data can’t account for unknown events.