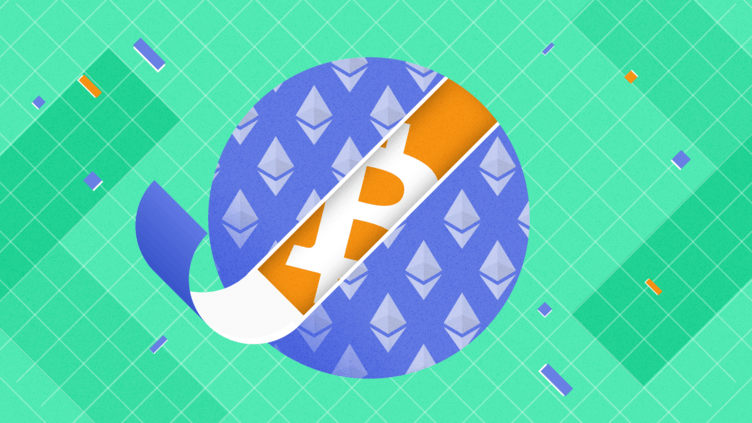 Tokenized Bitcoin is a way to use bitcoin on other blockchains.

But wait, isn’t Bitcoin great already? Indeed it is! It has a solid use case, and it already acts as a kind of public good. At the same time, its purposely limited features leave little room for further innovation.

What else could we do with Bitcoin? Some Bitcoiners say we shouldn’t do anything in particular, and that’s reasonable. Then again, others believe we should find ways to use Bitcoin on other blockchains. And this is where we arrive at tokenized BTC on Ethereum.

Why tokenize Bitcoin? Does this even make sense? How is tokenized Bitcoin created? Can you get your hands on tokenized BTC? Read more below if this interests you.

Bitcoin is typically viewed as a “reserve asset” or store of value in the cryptocurrency space. As a result, it has the highest adoption, best liquidity, highest average trading volume, and remains the top crypto by market capitalization. In fact, some people believe that there isn’t even a need for any cryptocurrencies other than Bitcoin. Their argument is that Bitcoin could cater to all use cases that altcoins are attempting to.

However, blockchain technology is flourishing in many different segments. The Decentralized Finance (DeFi) movement aims to bring financial applications to the blockchain. These decentralized applications (DApps) run on public, permissionless networks and enable trustless financial transactions without the need for a central coordinating party. While the idea of DeFi is blockchain-agnostic, meaning it could happen on any smart contract platform, most of this activity is happening on Ethereum.

Bitcoin is the backbone of the cryptocurrency market, and yet, it can’t take advantage of developments that happen in other parts of the ecosystem. Some projects have been working on solving this problem.

Is there a way to use bitcoin for more than what it can do while keeping the Bitcoin network intact? Well, the growth of tokenized bitcoin on Ethereum suggests that there is a demand for it.

What is tokenized Bitcoin?

The idea behind tokenizing bitcoin is relatively simple. You lock BTC through some mechanism, mint tokens on another network, and use the BTC as a token on that network. Each token on the other network represents a specific amount of bitcoin. The peg between the two should be kept, and the process should be reversible. In other words, you can destroy these tokens, resulting in the “original” bitcoins getting unlocked again on the Bitcoin blockchain.

In the case of Ethereum, this means ERC-20 tokens that represent bitcoin. This allows users to make transactions on the Ethereum network denominated in bitcoin. This also makes bitcoins programmable – like any other token on Ethereum.

You can check the current total sum of bitcoin tokenized on Ethereum on btconethereum.com.

As of July 2020, there’s about 15,000 BTC tokenized on Ethereum. That may sound like a lot, but it’s negligible compared to the ~18.5 million that make up the circulating supply. However, this could be just the beginning.

Even so, the competition between these different solutions isn’t that straightforward – it’s not a zero-sum game. In fact, many believe that they complement rather than compete with each other. Tokenized projects could increase the options that bitcoin holders have, while projects without tokens improve the overall infrastructure. This could result in more integration within the space, which would benefit the entire industry.

So, this all sounds interesting, but what’s the point of it? Let’s explore why we would want to tokenize Bitcoin in the first place.

Why tokenize Bitcoin on Ethereum?

The Bitcoin design is simple on purpose. It has been designed to do a few things, and it does them very well. However, these properties come with inherent limitations.

While the most amount of value is in Bitcoin, it can’t benefit that much from the innovation happening in other segments of the digital currency industry. While you technically can run smart contracts on Bitcoin, it’s quite limited in scope compared to Ethereum or other smart contract platforms.

Tokenizing bitcoin on other chains could increase the utility of the network. How? Well, it could enable functionality that isn’t natively supported on Bitcoin. At the same time, the core functionality and the security model of Bitcoin remain intact. Additional advantages could be increased transaction speeds, fungibility, and privacy.

Here’s another potential reason. One of the greatest aspects of DeFi is the idea of composability. It means that since all these applications are running on the same public, open-source, permissionless base layer, they can seamlessly work with each other.

Bringing Bitcoin to this composable layer of financial building blocks is considered to be an exciting prospect by many. It could bring forth many new types of applications that use bitcoin and wouldn’t otherwise be possible.

How does tokenizing Bitcoin work?

There are many ways to tokenize Bitcoin on Ethereum and other blockchains. They all have various degrees of decentralization, different assumptions about trust and risks, and may maintain the peg differently.

The two main types can be defined as custodial and non-custodial. The first type involves a centralized custodian, and the tokens may also be minted by that party. This introduces counterparty risk, as the entity custodying the bitcoins has to be trusted (and it has to stay in business). On the other hand, this implementation may be considered more secure than the alternatives.

The other solutions are a bit different. There’s no trusted entity needed, as automated on-chain processes do the entire minting and burning process. The collateral assets are locked, and tokens are minted on the other chain through some on-chain machinations. The funds are locked on-chain until they are unlocked again when the tokens are destroyed. While this eliminates counterparty risks, it increases potential security risks. Why? Well, in this case, the burden of risk is entirely on the shoulders of the user. If a user or contract error happens that leads to loss of funds, they’re likely lost forever.

These make up a significant portion of the currently tokenized bitcoin supply. The most amount of value locked is in Wrapped Bitcoin (WBTC). How does it work? Users send their bitcoin to a centralized custodian who keeps them in a multisignature cold storage wallet and mints WBTC tokens in return. It’s worth noting that this process requires proving their identity to comply with KYC/AML regulations. This method requires trust in the entity that is minting the token but also brings some security benefits.

Binance also has a tokenized version of BTC called BTCB. It’s a BEP-2 token issued on the Binance Chain. If you’d like to try it out, you can trade it on Binance DEX.

Non-custodial solutions work completely on-chain, without any involvement from a centralized custodian. In simple terms, you could think of them similarly as Wrapped BTC. However, instead of a centralized custodian, it’s a smart contract or a virtual machine that’s keeping the funds safe and minting the tokens. Users can deposit their BTC and mint their tokenized bitcoin in a trustless and permissionless way.

Some of these systems will also require overcollateralization, meaning users have to deposit more value (collateral) than they aim to mint. They do this to prepare the system for black swan events and large market crashes. Even so, if the collateral value decreases significantly, these systems may not be able to handle it.

The most popular non-custodial implementation is renBTC. The bitcoins are sent to the Ren Virtual Machine (RenVM), which stores them using a network of decentralized nodes. It then mints ERC-20 tokens according to the amount of bitcoin sent.

Other notable examples are sBTC and iBTC, which are synthetic tokens collateralized by Synthetix Network Token (SNX) instead of bitcoin. What makes iBTC especially interesting is that it inversely tracks the price of Bitcoin. This makes it one of the few non-custodial ways to short Bitcoin.

It’s worth noting that these are highly experimental technologies. It’s no wonder that centralized, custodial solutions are more popular – they tend to be more secure. Naturally, there’s also a greater risk of bugs and user error, potentially leading to loss of funds. Even so, these could ultimately be the future of tokenization once the technology is improved.

Since these non-custodial solutions are governed by automated processes, using them is only recommended for advanced users. But, if you’d like to play around with these tokens without worrying about the minting process, you can buy and trade them on cryptocurrency exchanges.

➟Looking to get started with cryptocurrency? Buy Bitcoin on Binance!

Is this good for Bitcoin or Ethereum?

This is a difficult question to answer. Let’s try to consider both sides of the argument.

So, how can this be good for Bitcoin? Well, it arguably increases the utility of Bitcoin. While many will argue that Bitcoin doesn’t necessarily need more functionality, it could maybe use some. As we’ve discussed earlier, the benefits could be increased transaction speeds, fungibility, privacy, and decreased transaction costs. With the launch of ETH 2.0, we may expect transactions on Ethereum to be faster and cheaper. This could also help the case of tokenized bitcoin on Ethereum.

On the other hand, some argue that this is potentially dangerous for tokenized Bitcoin holders. Tokenizing BTC also entails giving up the strong security benefits of Bitcoin – some of its most sought-after properties.

For example, what happens if the tokenized bitcoins are stolen or lost due to a smart contract bug? There would potentially be no way to unlock the locked bitcoins on the Bitcoin blockchain.

One another thing to consider is fees. Some argue that if a high number of users start transacting tokenized BTC on the Ethereum blockchain, the transaction fees on the Bitcoin network could drop. Over the (very) long-term, Bitcoin is supposed to be supported by transaction fees only. If most of those flow into the Ethereum ecosystem, the security of the network could be compromised. However, this is a long way off and isn’t a pressing issue for a long time.

How can it be good for Ethereum? Well, if Ethereum captures a lot of Bitcoin’s value, that could increase the utility of Ethereum as a global network for value transfer. According to research by Etherscan, a considerable portion of the previously-mentioned 15,000 BTC sum is locked in the Ethereum DeFi ecosystem.

Most of the projects are still in very early stages, and the technology behind them has a lot of room to improve. Still, there are certainly exciting developments to come on this front.

We’ve discussed what tokenized bitcoin is and what different implementations exist. The main driver behind tokenizing bitcoin as an ERC-20 token is to increase the utility of Bitcoin.

If Ethereum can capture a significant portion of Bitcoin transactions, there could be major implications for the future. Is the flippening a realistic scenario? What portion of the Bitcoin supply will be transacted on Ethereum in the future? This remains to be seen. However, the whole blockchain industry could benefit from building bridges between the two largest cryptocurrency networks.

Still eager to learn more about tokenized bitcoin and other digital assets? Check out our Q&A platform, Ask Academy, where you can get your questions answered by the Binance community.

Blockchain Use Cases: Healthcare
1yr ago
5m
Byzantine Fault Tolerance Explained
1yr ago
5m
How to Use a Bitcoin ATM
3w ago
5m
Explore all of of our content