What Is Tokenomics and Why Does It Matter?
Table des matières
Introduction
Tokenomics at a glance
Key elements of Tokenomics
What’s next for tokenomics
Closing thoughts
BlockchainEconomicsBitcoinDeFi 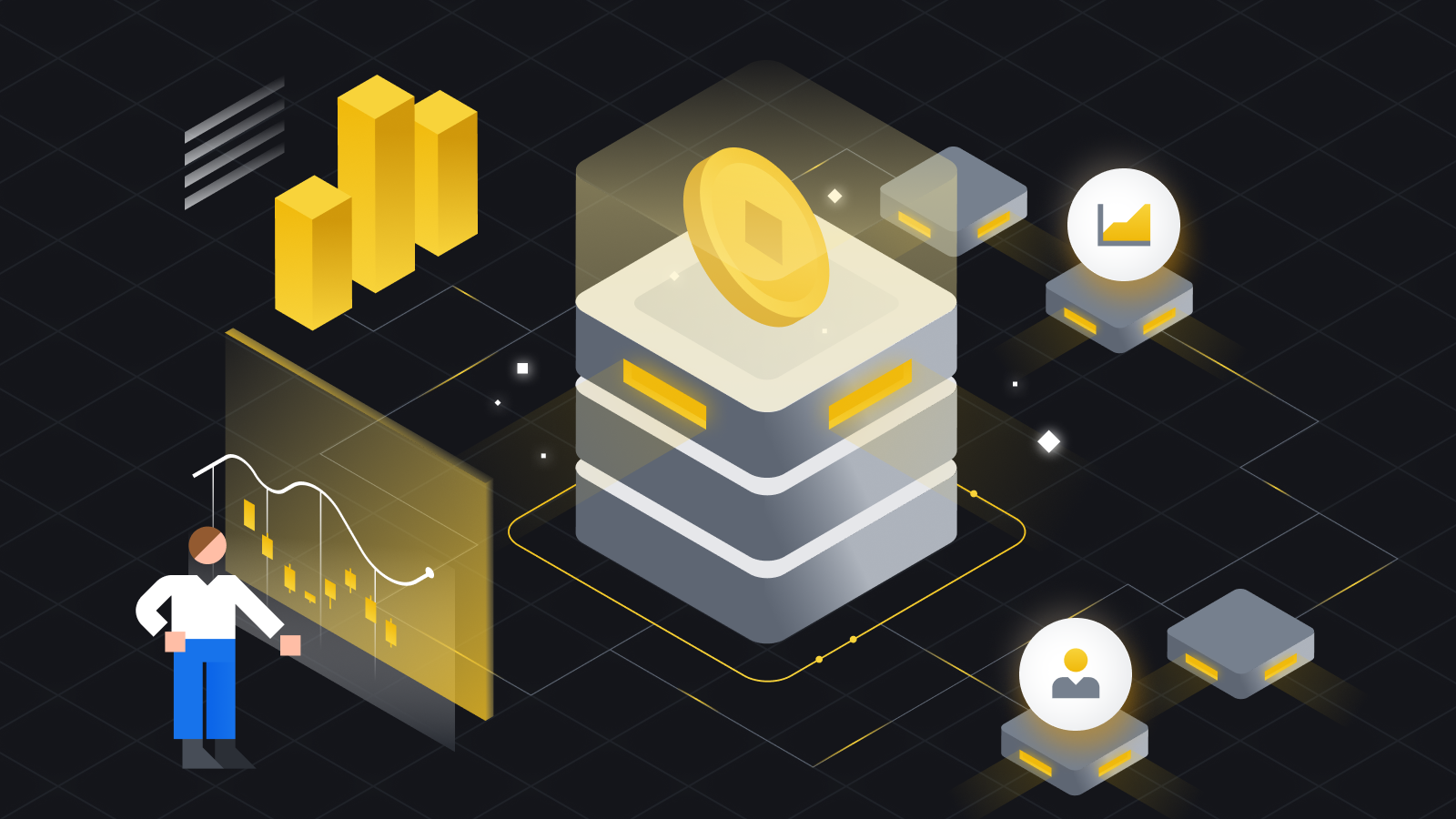 AccueilArticles
What Is Tokenomics and Why Does It Matter?

What Is Tokenomics and Why Does It Matter?

Tokenomics is a term that captures a token’s economics. It describes the factors that impact a token’s use and value, including but not limited to the token’s creation and distribution, supply and demand, incentive mechanisms, and token burn schedules. For crypto projects, well-designed tokenomics is critical to success. Assessing a project’s tokenomics before deciding to participate is essential for investors and stakeholders.

A portmanteau of “token” and “economics,” tokenomics is a key component of doing fundamental research on a crypto project. Aside from looking at the white paper, founding team, roadmap, and community growth, tokenomics is central to evaluating the future prospects of a blockchain project. Crypto projects should carefully design their tokenomics to ensure sustainable long-term development.

Tokenomics at a glance

Blockchain projects design tokenomics rules around their tokens to encourage or discourage various user actions. This is similar to how a central bank prints money and implements monetary policies to encourage or discourage spending, lending, saving, and the movement of money, Note that the word “token” here refers to both coins and tokens. You can learn the difference between the two here. Unlike fiat currencies, the rules of tokenomics are implemented through code and are transparent, predictable, and difficult to change.

Let’s look at bitcoin as an example. The total supply of bitcoin is pre-programmed to be 21 million coins. The way bitcoins are created and entered into circulation is by mining. Miners are given some bitcoins as a reward when a block is mined every 10 minutes or so.

The reward, also called block subsidy, is halved every 210,000 blocks. By this schedule, a halving takes place every four years. Since January 3, 2009, when the first block, or the genesis block, was created on the Bitcoin network, the block subsidy has been halved three times from 50 BTC to 25 BTC, 12.5 BTC, and 6.25 BTC currently.

Based on these rules, it’s easy to calculate that around 328,500 bitcoins will be mined in 2022 by dividing the total number of minutes of the year by 10 (because a block is mined every 10 minutes) and then multiplying by 6.25 (because each block gives out 6.25 BTC as rewards). Therefore, the number of bitcoins mined each year can be predicted, and the last bitcoin is expected to be mined around the year 2140.

Bitcoin’s tokenomics also include the design of transaction fees, which miners receive when a new block is validated. This fee is designed to increase as transaction size and network congestion rise. It helps prevent spam transactions and incentivizes miners to keep validating transactions even as block subsidies keep diminishing.

In short, the tokenomics of Bitcoin is simple and ingenious. Everything is transparent and predictable. The incentives surrounding Bitcoin keep participants compensated to keep the network robust and contribute to its value as a cryptocurrency.

Supply and demand are the primary factors impacting the price of any good or service. The same goes for crypto. There are several critical metrics measuring a token’s supply.

Some tokens don’t have a maximum supply. The Ethereum network’s supply of ether increases every year. Stablecoins like USDT, USD Coin (USDC), and Binance USD (BUSD) have no maximum supply as these coins are issued based on the reserves backing the coins. They theoretically can keep growing without limits. Dogecoin and Polkadot are two more cryptos with uncapped supply.

The second is circulating supply, which refers to the number of tokens in circulation. Tokens can be minted and burned, or be locked up in other ways. This has an effect on the price of the token as well.

Looking at the token supply gives you a good picture of how many tokens there will be ultimately.

Token utility refers to the use cases designed for a token. For example, BNB’s utility includes powering the BNB Chain, paying transaction fees and enjoying trading fee discounts on the BNB Chain, and serving as community utility token on the BNB Chain ecosystem. Users can also stake BNB with various products within the ecosystem to earn additional income.

There are many other use cases for tokens. Governance tokens allow the holder to vote on changes to a token’s protocol. Stablecoins are designed to be used as a currency. Security tokens, on the other hand, represent financial assets. For instance, a company could issue tokenized shares during an Initial Coin Offering (ICO), granting the holder ownership rights and dividends.

These factors can help you determine the potential use cases for a token, which is essential in understanding how the token’s economy will likely evolve.

Aside from supply and demand, it’s essential to look at how tokens are distributed. Large institutions and individual investors behave differently. Knowing what types of entities hold a token will give you insight into how they are likely to trade their tokens, which will in turn impact the token’s value.

There are generally two ways to launch and distribute tokens: a fair launch and a pre-mining launch. A fair launch is when there is no early access or private allocations before a token is minted and distributed to the public. BTC and Dogecoin are examples of this category.

On the other hand, pre-mining allows a portion of the crypto to be minted and distributed to a select group before being offered to the public. Ethereum and BNB are two examples of this type of token distribution.

Generally, you want to pay attention to how evenly a token is distributed. A few large organizations holding an outsized portion of a token are typically considered riskier. A token held largely by patient investors and founding teams means stakeholders' interests are better aligned for long-term success.

You should also look at a token’s lock-up and release schedule to see if a large number of tokens will be placed into circulation, which puts downward pressure on the token’s value.

When the supply of a token is reduced, it’s considered deflationary. The opposite, when a token’s supply keeps expanding, is deemed inflationary.

A token’s incentive mechanism is crucial. How a token incentivizes participants to ensure long-term sustainability is at the center of tokenomics. How Bitcoin designs its block subsidy and transaction fees is a perfect illustration of an elegant model.

The Proof of Stake mechanism is another validation method that is gaining prevalence. This design lets participants lock their tokens in order to validate transactions. Generally, the more tokens are locked up, the higher the chance to be chosen as validators and receive rewards for validating transactions. It also means that if validators try to harm the network, the value of their own assets will be placed at risk. These features incentivize participants to act honestly and keep the protocol robust.

Many DeFi projects have used innovative incentive mechanisms to achieve rapid growth. Compound, a crypto lending and borrowing platform, lets investors deposit cryptos in the Compound protocol, collect interests on them, and receive COMP tokens as additional reward. Moreover, COMP tokens serve as a governance token for the Compound protocol. These design choices align the interests of all participants with that of Compound’s long-term prospects.

What’s next for tokenomics

Since the genesis block of the Bitcoin network was created in 2009, tokenomics has evolved significantly. Developers have explored many different tokenomics models. There have been successes and failures. Bitcoin’s tokenomics model still remains enduring, having stood up to the test of time. Others with poor tokenomics designs have faltered.

Non-fungible tokens (NFTs) provide a different tokenomics model based on digital scarcity. The tokenization of traditional assets such as real estate and artworks could generate new innovations of tokenomics in the future.

Tokenomics is a fundamental concept to understand if you want to get into crypto. It’s a term capturing the major factors affecting the value of a token. It’s important to note that no single factor provides a magical key. Your assessment should be based on as many factors as possible and analyzed as a whole. Tokenomics can be combined with other fundamental analysis tools to make an informed judgment on a project’s future prospects and its token’s price.

Ultimately, the economics of a token will have a major impact on how it is used, how easy it will be to build up a network, and whether there will be much interest in the use case of the token.