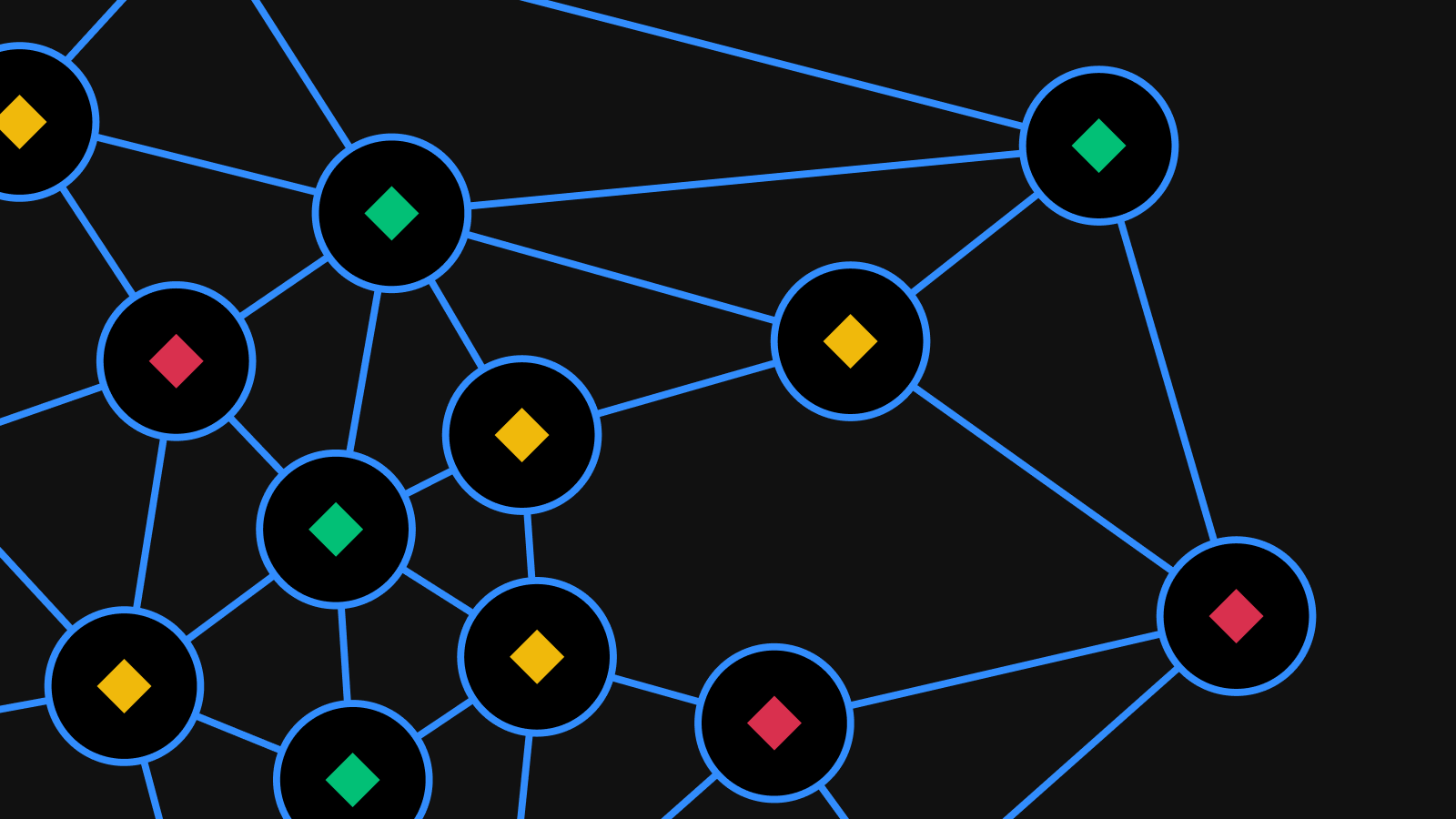 Home
Articles
Decentralized Autonomous Organizations (DAOs), Explained: What, Why, and How

Decentralized Autonomous Organizations (DAOs), Explained: What, Why, and How

Blockchain technology spawned an entirely new type of organizational structures that can run autonomously without the need for coordination by a central authority. Decentralized autonomous organizations (DAOs) are distributed entities where community members can participate in the management and decision-making of their organization. There is no central authority in a DAO. Instead, power is distributed among token holders who can cast votes to determine the best course of action. All activity and votes in a DAO are visible on a blockchain, making all transactions public.

DAOs can serve a variety purposes, from pooling members’ funds for venture investment to validating the veracity of off-chain data. Bitcoin is sometimes considered to be the original decentralized autonomous organization.

What Is a Decentralized Autonomous Organization (DAO)?

A decentralized autonomous organization, or DAO, is a community-led entity with no central authority that is governed by computer code. Because the rules that determine the organization’s behavior are built into its design, it has the ability to function autonomously without the need for central leadership.

Unlike traditional organizations, in DAOs there is no single person or group that can make and enforce decisions unilaterally. An emerging form of legal structure with no central authority, the DAO model of governance relies on proposals that community members put up for vote.

Popularized by crypto enthusiasts, DAOs democratize organizational decision-making via a decentralized governance process. By giving each member a say in how the organization is run, a DAO can empower its members to collectively determine the entity's future. This approach is fundamentally different from traditional corporate organizations where executives and large shareholders often exercise majority control.

Permissionless and censorship-resistant, a major feature of cryptocurrencies like Bitcoin is their decentralized nature. Instead of being controlled by a single institution like a government or central bank, such assets are maintained by computer networks whose rules are built into their code.

Inspired by the decentralized nature of cryptocurrencies, a group of developers extended the principle to the level of organizations. In 2016, the first DAO was launched with a vision to have all its members collectively act as the governing body.

How do DAOs work?

A DAO is usually run by a community of stakeholders incentivized to participate in the organization’s operations by a shared goal, and often by an additional cryptoeconomic mechanism. The rules of a DAO are inscribed by a core team of community developers into smart contracts that lay out the foundational framework of how the DAO functions.

For example, based on the result of a members’ vote, a code may be triggered to burn a predetermined amount of reserve tokens held in the DAO’s custody, or to send out rewards to token holders.

The rules and transaction records of a DAO are stored transparently on the blockchain. Typically, the way decisions are made within a DAO is through member proposals. If a proposal is supported by a majority of stakeholders – or fulfills some other predetermined rule set – it gets automatically implemented.

DAO members can sometimes differ by the voting power they wield based on the number of governance tokens they hold. For example, a member who owns 100 tokens will have twice the voting power of a member who owns 50. The idea behind this practice is that individuals who are more financially invested in the DAO are more motivated to do what is best for the organization. Some DAOs also have treasuries that house tokens their members can issue in exchange for fiat. The community can vote and decide how the funds are used.

In some ways, a DAO works similarly to a corporation or a nation-state, but in many important regards it operates in a more decentralized fashion. While traditional organizations are structured hierarchically and decisions are often relayed via multiple layers of bureaucracy, DAOs do away with hierarchy. Instead, DAOs use economic mechanisms to align the interests of the organization with those of its members.

Members of a DAO are not bound by any formal contract, but by a common goal and network incentives tied to the consensus rules. These rules are completely transparent and written in the open-source software that governs the organization. DAOs operate without borders, but they might be subject to regulations depending on the laws of a particular jurisdiction with which they interact.

Once a DAO is deployed, it cannot be controlled by a single party but is instead governed by a community of participants. If the governance rules defined in the protocol are designed well, they should steer actors towards the most beneficial outcome for the network.

One way to describe DAOs is as an operating system for open collaboration. This system allows individuals and institutions to work toward shared goals without having to know or trust each other.

DAOs and the principal-agent problem

What exacerbates the problem is that there might also be information asymmetry between the principal and the agent. The principal might never know that they are being taken advantage of and have no way to make sure that the agent is acting in their best interest.

By allowing a higher degree of transparency enabled by blockchain technology, well-designed incentive models behind DAOs can eliminate parts of this problem. Incentives within the organization are aligned, and there is very little (or no) information asymmetry. Since all transactions are recorded on a blockchain, the operation of DAOs is completely transparent, and, in theory, makes them incorruptible.

In a traditional organization, most important decisions are made by a central authority. In a DAO, decisions impacting the entity are made jointly by the community.

Transparency calls for accountability of every member of the DAO. Votes within a DAO are made via blockchain and are publicly viewable. Anyone can look up transaction records. This motivates community members to act in good faith and discourages acts against the community.

A DAO can bring together people from all over the world to work toward a shared goal. Every member has the opportunity to contribute to the project. Unlike traditional corporate structures, everyone can express their ideas and propose courses of organizational action via the mechanisms of decentralized governance.

Albeit a very simple one, the Bitcoin network may be considered the first example of a DAO. It operates in a decentralized fashion and is coordinated by a consensus protocol with no hierarchy between participants.

The Bitcoin protocol defines the rules of the organization, while bitcoin as currency provide an incentive for users to secure the network. This ensures that the different participants can work together to keep Bitcoin running as a decentralized autonomous organization.

The common goal in the case of Bitcoin is storing and transferring value without a central entity coordinating the system. But what else could DAOs be used for?

More complex DAOs may be deployed for different use cases, such as decentralized venture funds or social media platforms. DAOs could also coordinate the operation of devices connected to the Internet of Things (IoT).

A subset of DAOs have emerged called decentralized autonomous corporations (DACs). A DAC may provide similar services to a traditional company, for example, a ridesharing service. The difference is that it works without the corporate governance structure found in traditional businesses.

For instance, a car that owns itself and provides ridesharing services as a part of a DAC could operate autonomously, carrying out transactions with humans and other smart devices. Through the use of blockchain oracles, it could even trigger smart contracts and perform certain tasks on its own, such as going to the mechanic.

Ethereum and “The DAO”

One of the earliest examples of a DAO was the aptly named “The DAO.” It was made up of complex smart contracts running on top of the Ethereum blockchain that were supposed to act as an autonomous venture fund.

In May 2016, the DAO tokens were sold in an Initial Coin Offering (ICO) and provided an ownership stake and voting rights in this decentralized fund. However, shortly after launch, about a third of the funds were drained from The DAO in one of the largest hacks in the history of cryptocurrencies.

The result of this event was that Ethereum split into two chains following a hard fork. In one, the fraudulent transactions were effectively reversed, as if the hack never happened. This chain is what’s now called the Ethereum blockchain. The other chain, faithful to the principle “code is law,” left the fraudulent transactions untouched. This blockchain is now called Ethereum Classic.

The regulatory environment surrounding DAOs is still very uncertain as most jurisdictions haven’t yet defined their approach to this novel type of entities. A continuously uncertain legal status could become a significant barrier to the adoption of DAOs.

The desirable properties of DAOs (decentralization, immutability, trustlessness) inherently carry some performance and security risks. The example of The DAO demonstrated that this new organizational form can introduce novel risks that are not present in traditional entities.

It can be argued that decentralization isn’t a state, but rather a range, in which each level is suitable for a different type of use case. In some cases, full autonomy or decentralization might not even be possible or make sense.

DAOs may allow for a wider range of participants to collaborate than ever before, but the governance rules set in the protocol will always be a point of centralization. The argument can be made that centralized organizations can operate at a much higher efficiency – but abandon the benefits of open participation.

DAOs allow organizations to break free from reliance on traditional hierarchies and structures. Instead of a central entity coordinating participants’ actions, governance rules are automated and steer members towards the most beneficial outcome for the network.

The Bitcoin network may be considered an early, simplistic DAO. The key to designing good DAOs is putting down an efficient set of consensus rules that resolve complex participant coordination problems. The real challenge facing the implementation of DAOs might not be purely technological, but rather social.

If you want to learn more about DAOs, check out Binance Research’s report: Theory and Praxis of DAOs.