Decentralized Autonomous Organizations (DAOs) Explained
Table of Contents
Introduction
What is a DAO and how does it work?
DAOs and the principal-agent problem
DAO Examples
Ethereum and “The DAO”
What issues are DAOs facing?
Closing thoughts
Blockchain 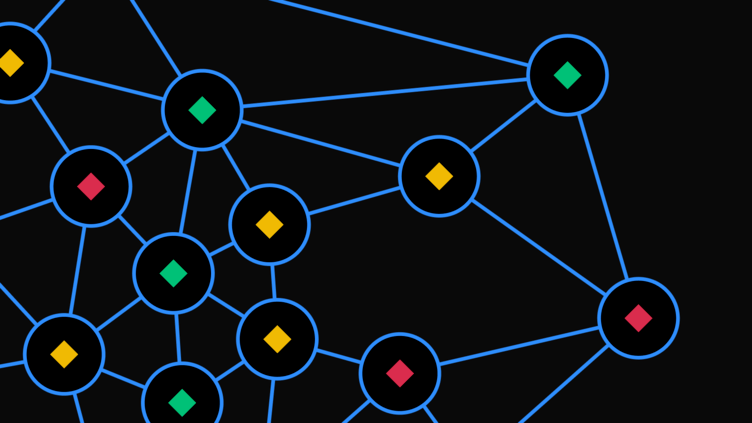 Blockchains are already radically transforming our financial system. However, properties such as trustlessness and immutability aren’t only useful in monetary applications.

Another potential candidate ripe for disruption by this technology is governance. Blockchains could enable entirely new types of organizations that can run autonomously without the need for coordination by a central entity. This article will give an introduction to what these organizations might look like.

What is a DAO and how does it work?

The acronym DAO stands for Decentralized Autonomous Organization. In simple terms, a DAO is an organization that is governed by computer code and programs. As such, it has the ability to function autonomously, without the need for a central authority.

Through the use of smart contracts, a DAO can work with external information and execute commands based on them – all this without any human intervention. A DAO is usually operated by a community of stakeholders incentivized through some kind of token mechanism.

The rules and transaction records of a DAO are stored transparently on the blockchain. Rules are generally decided on by stakeholders’ votes. Typically, the way decisions are made within a DAO is through proposals. If a proposal is voted on by a majority of stakeholders (or fulfills some other rule set in the network consensus rules), it is then implemented.

In some ways, a DAO works similarly to a corporation or a nation-state, but it’s one that operates in a more decentralized fashion. While traditional organizations work with a hierarchical structure and many layers of bureaucracy, DAOs have no hierarchy. Instead, DAOs use economic mechanisms to align the interests of the organization with the interests of its members, usually through the use of game theory.

Members of a DAO are not tied by any formal contract. They are rather bound together by a common goal and network incentives tied to the consensus rules. These rules are completely transparent and written in the open-source software that governs the organization. Since DAOs operate without borders, they might be subject to different legal jurisdictions.

As the name implies, a DAO is decentralized and autonomous. It’s decentralized because no one entity has the authority to make and enforce decisions. And it’s autonomous because it can function on its own.

Once a DAO is deployed, it cannot be controlled by a single party but is instead governed by a community of participants. If the governance rules defined in the protocol are designed well, they should steer actors towards the most beneficial outcome for the network.

DAOs and the principal-agent problem

This situation allows the agent to take risk on behalf of the principal. What deepens the problem is that there might also be information asymmetry between the principal and the agent. The principal might never know that it is being taken advantage of and has no way to make sure that the agent is acting in their best interest.

By allowing a higher degree of transparency enabled by blockchains, well-designed incentive models behind DAOs can eliminate parts of this problem. Incentives within the organization are aligned, and there is very little (or no) information asymmetry. Since all transactions are recorded on a blockchain, the operation of DAOs is completely transparent, and, in theory, makes them incorruptible.

Albeit a very primitive one, the Bitcoin network may be considered the first example of a DAO. It operates in a decentralized fashion and is coordinated by a consensus protocol with no hierarchy between participants.

The Bitcoin protocol defines the rules of the organization, while bitcoins as currency provide an incentive for users to secure the network. This ensures that the different participants can work together to keep Bitcoin running as a decentralized autonomous organization.

The common goal in the case of Bitcoin is storing and transferring value without a central entity coordinating the system. But what else could DAOs be used for?

More complex DAOs may be deployed for different use cases, such as token governance, decentralized venture funds, or social media platforms. DAOs could also coordinate the operation of devices connected to the Internet of Things (IoT).

On top of that, these innovations introduced a subset of DAOs called Decentralized Autonomous Corporations (DACs). A DAC may provide similar services to a traditional company, for example, a ridesharing service. The difference is that it works without the corporate governance structure found in traditional businesses.

For instance, a car that owns itself and provides ridesharing services as a part of a DAC could operate autonomously, carrying out transactions with humans and other devices. Through the use of blockchain oracles, it could even trigger smart contracts and perform certain tasks on its own, such as going to the mechanic.

Ethereum and “The DAO”

One of the earliest examples of a DAO was the aptly named “The DAO”. It was made up of complex smart contracts running on top of the Ethereum blockchain that were supposed to act as an autonomous venture fund.

The DAO tokens were sold in an Initial Coin Offering (ICO) and provided an ownership stake and voting rights in this decentralized fund. However, shortly after launch, about a third of the funds were drained from it in one of the largest hacks in the history of cryptocurrencies.

The result of this event was that Ethereum split into two chains following a hard fork. In one, the fraudulent transactions were effectively reversed, as if the hack never happened. This chain is what’s now called the Ethereum blockchain. The other chain, abiding to the principle “code is law”, left the fraudulent transactions untouched and maintained immutability. This blockchain is now called Ethereum Classic.

What issues are DAOs facing?

The regulatory environment surrounding DAOs is completely uncertain. How different jurisdictions will create the regulatory framework around these new types of organizations remains to be seen. However, a continually uncertain regulatory landscape could be a significant barrier to the adoption of DAOs.

The desirable properties of DAOs (decentralization, immutability, trustlessness) inherently carry significant performance and security drawbacks. While some of the potential organizations that can spring up as DAOs are undoubtedly exciting, they introduce a lot of risk that isn’t present in traditional organizations.

It’s arguable that decentralization isn’t a state, but rather a range, in which each level is suitable for a different type of use case. In some cases, full autonomy or decentralization might not even be possible or make sense.

DAOs may allow for a wider range of participants to collaborate than ever before, but the governance rules set in the protocol will always be a point of centralization. The argument can be made that centralized organizations can operate at a much higher efficiency – but abandon the benefits of open participation.

DAOs allow organizations to break free from reliance on traditional institutions. Instead of a central entity coordinating participants, governance rules are automated and steer actors towards the most beneficial outcome for the network.

The Bitcoin network may be considered a simplistic DAO, and for now, other implementations are scarce. The key to designing good DAOs is putting down an efficient set of consensus rules that resolve complex participant coordination problems. The real challenge facing the implementation of DAOs might not be purely technological, but rather social.

If you want to learn more about DAOs, check out Binance Research’s report: Theory and Praxis of DAOs.

What Is Ethereum Plasma?
1yr ago
4m
Trezor One – Hardware Wallet Reviews 2020
7mo ago
2m
An Introduction to Binance Smart Chain (BSC)
2w ago
4m
Explore all of of our content