What Is Staking In Crypto?
Table of Contents
Introduction
What is proof of stake (PoS)?
Who created proof of stake?
What is delegated proof of stake (DPoS)?
How does staking work?
How are staking rewards calculated?
What is a staking pool?
What is cold staking?
Why don't all cryptocurrencies have staking?
How to stake on Binance
Closing thoughts
Tech
Essentials
Blockchain
Wallet
Consensus 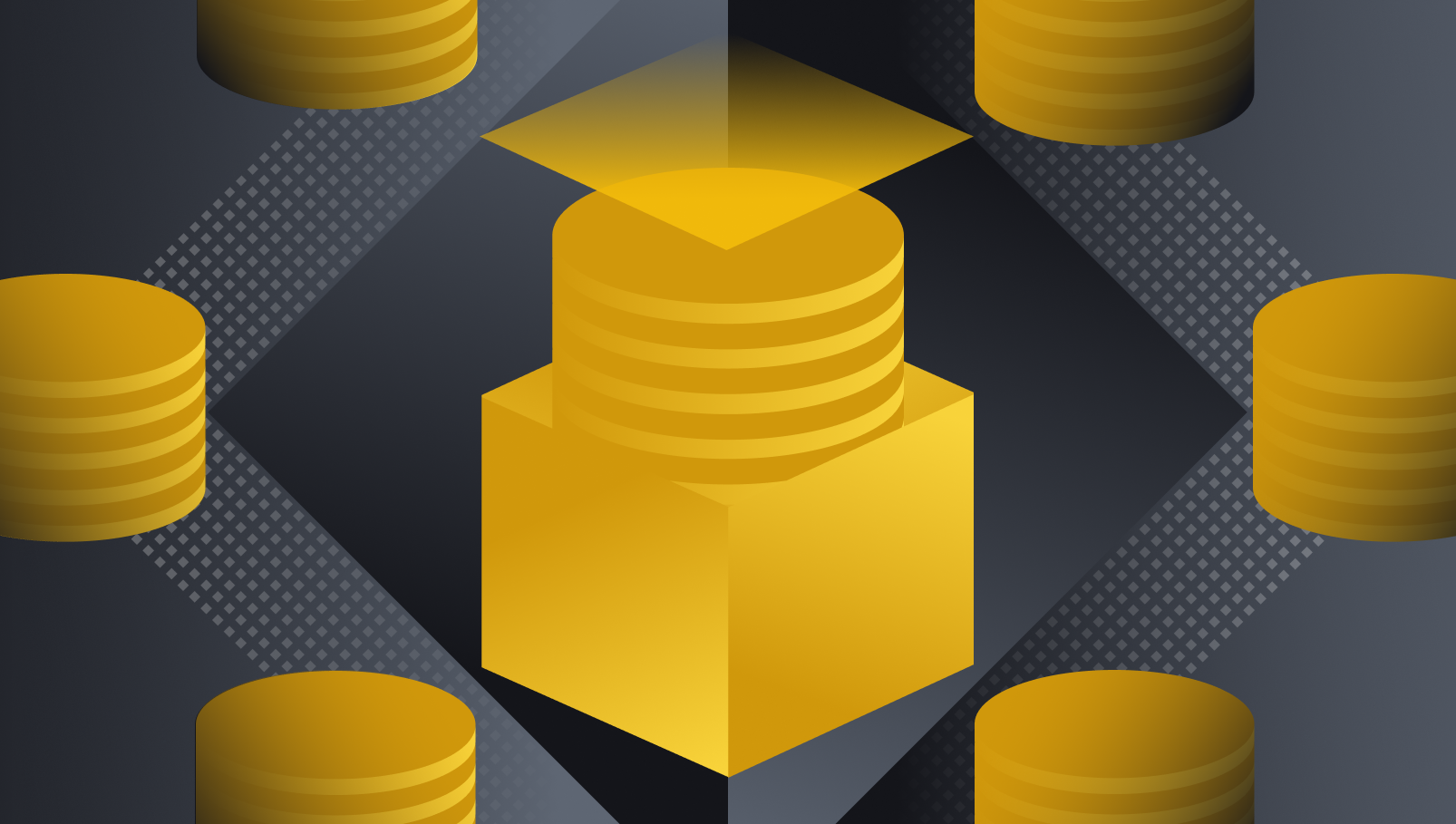 Home
Articles
What Is Staking In Crypto?

What Is Staking In Crypto?

Staking has become a popular way for crypto investors to grow their holdings without having to sell their digital assets. Staking can be seen as the crypto equivalent of putting your funds in a savings account. The difference is that, when you deposit money in your savings account, the bank ends it out to others, sharing the interest with you. When you stake your crypto, you lock up your digital assets to participate in maintaining the security of a blockchain network, earning rewards in return.

You can think of staking crypto as a less resource-intensive alternative to mining. It involves holding funds in a cryptocurrency wallet to support the security and operations of a blockchain network. Simply put, staking is the act of locking up cryptocurrencies to receive rewards.

In most cases, you’ll be able to stake your coins directly from your crypto wallet, such as Trust Wallet. On the other hand, many exchanges offer staking services to their users. Binance Staking lets you earn rewards in a simple way – all you have to do is hold your coins on the exchange (more on this below).

To get a better grasp of what crypto staking is, you’ll first need to understand how the proof of stake (PoS) consensus mechanism works. PoS allows blockchains to operate more energy-efficiently while maintaining a solid degree of decentralization, at least in theory. Let’s dive into what PoS is and how crypto staking works.

What is proof of stake (PoS)?

If you know how Bitcoin works, you’re probably familiar with proof of work (PoW). Under this mechanism, miners record transactions into blocks and compete to solve complex mathematical puzzles, expanding computing resources to have a chance to add the next block to the chain.

Proof of work has proven to be a very robust mechanism to facilitate consensus in a decentralized manner. The problem is that it involves a lot of arbitrary computation. The puzzle the miners are competing to solve serves no purpose other than keeping the network secure. Many believe that this in itself makes the excess of computation justifiable. However, it is also fair to ask: are there ways to maintain decentralized consensus without the high computational cost?

Enter proof of stake. The main idea is that participants can lock coins (their “stake”), and at particular intervals, the protocol randomly assigns the right to one of them to validate the next block. Typically, the probability of being chosen is proportional to the amount of coins – the more coins locked up, the higher the chances.

This way, what determines which participants create a block isn’t based on their ability to solve hash challenges, as it is the case with proof of work. Instead, it’s determined by how many coins they are holding.

Some might argue that the production of blocks through staking enables a higher degree of scalability for blockchains. This is one of the reasons the Ethereum network has migrated from PoW to PoS in a set of technical upgrades collectively referred to as ETH 2.0.

Who created proof of stake?

One of the early descriptions of a proof of stake mechanism was offered by Sunny King and Scott Nadal in their 2012 paper. They describe it as a “peer-to-peer cryptocurrency design derived from Satoshi Nakamoto’s Bitcoin.”

The Peercoin network the two described was launched with a hybrid PoW/PoS mechanism, where PoW was mainly used to mint the initial supply of coins. However, it wasn’t required for the long-term sustainability of the network, and its significance was gradually reduced. In fact, most of the network’s security process relied on PoS.

What is delegated proof of stake (DPoS)?

An alternative version of this mechanism, called Delegated Proof of Stake (DPoS), was developed in 2014 by Daniel Larimer. It was first used as a part of the BitShares blockchain, but soon after, other networks adopted the model. These include Steem and EOS, which were also created by Larimer.

DPoS allows users to commit their coin balances as votes, where voting power is proportional to the number of coins held. These votes are then used to elect a number of delegates who manage the blockchain on behalf of their voters, ensuring security and consensus. Typically, the staking rewards are distributed to these elected delegates, who then redistribute part of the rewards to their electors proportionally to their individual contributions.

Simply put, DPoS allows users to exercise their influence through other participants of the network.

As we’ve discussed before, proof-of-work systems rely on mining to add new blocks to the blockchain. In contrast, proof-of-stake chains produce and validate new blocks through the process of staking, where validators who lock up their coins can be randomly selected by the protocol at specific intervals to create a block. Usually, participants that stake larger amounts have a higher chance of being chosen as the next block validator.

This allows for blocks to be produced without relying on specialized mining hardware, such as ASICs. While ASIC mining requires a significant investment in hardware, staking requires a direct investment in the cryptocurrency itself. So, instead of competing for the next block with computational work, PoS validators are selected based on the number of coins they are staking. The “stake” (the coin holding) is what incentivizes validators to maintain network security. If they fail to do that, their entire stake might be at risk.

While each proof-of-stake blockchain has its particular staking currency, some networks adopt a two-token system where the rewards are paid in a second token.

Furthermore, pools may provide additional flexibility for individual stakers. Typically, the stake has to be locked for a fixed period and usually has a withdrawal or unbinding time set by the protocol. What’s more, there’s almost certainly a substantial minimum balance required to stake to disincentivize malicious behavior.

Most staking pools require a low minimum balance and append no additional withdrawal times. As such, joining a staking pool instead of staking solo might be ideal for new users.

Why don't all cryptocurrencies have staking?

Whether a blockchain network uses staking or not depends on its consensus mechanism. The consensus mechanism dictates who has power in the network to confirm and validate submitted transactions. In proof-of-work systems, validators race to complete computational puzzles in a process known as mining.

As you can see, on a proof-of-work network like Bitcoin, staking isn’t part of the block generation process. Nowadays, most networks will use a form of proof of stake, making it easily the most common mechanism in action. However, it’s worth remembering that not every network uses staking.

In a way, you could think of holding your coins on Binance Earn - Locked Staking as adding them to a staking pool. However, there are no fees, and you have over 100 different cryptocurrencies to choose from!

Staking crypto opens up more avenues for anyone wishing to participate in the maintenance and governance of blockchains. What’s more, it’s an easy way to earn by simply holding digital assets. As it’s getting increasingly easy to stake, the barriers to entry to the blockchain ecosystem are getting lower.

It’s worth keeping in mind, though, that staking isn’t entirely without risk. Smart contracts used to lock up funds can be prone to bugs, so it’s always important to DYOR and use high-quality wallets, such as Trust Wallet.