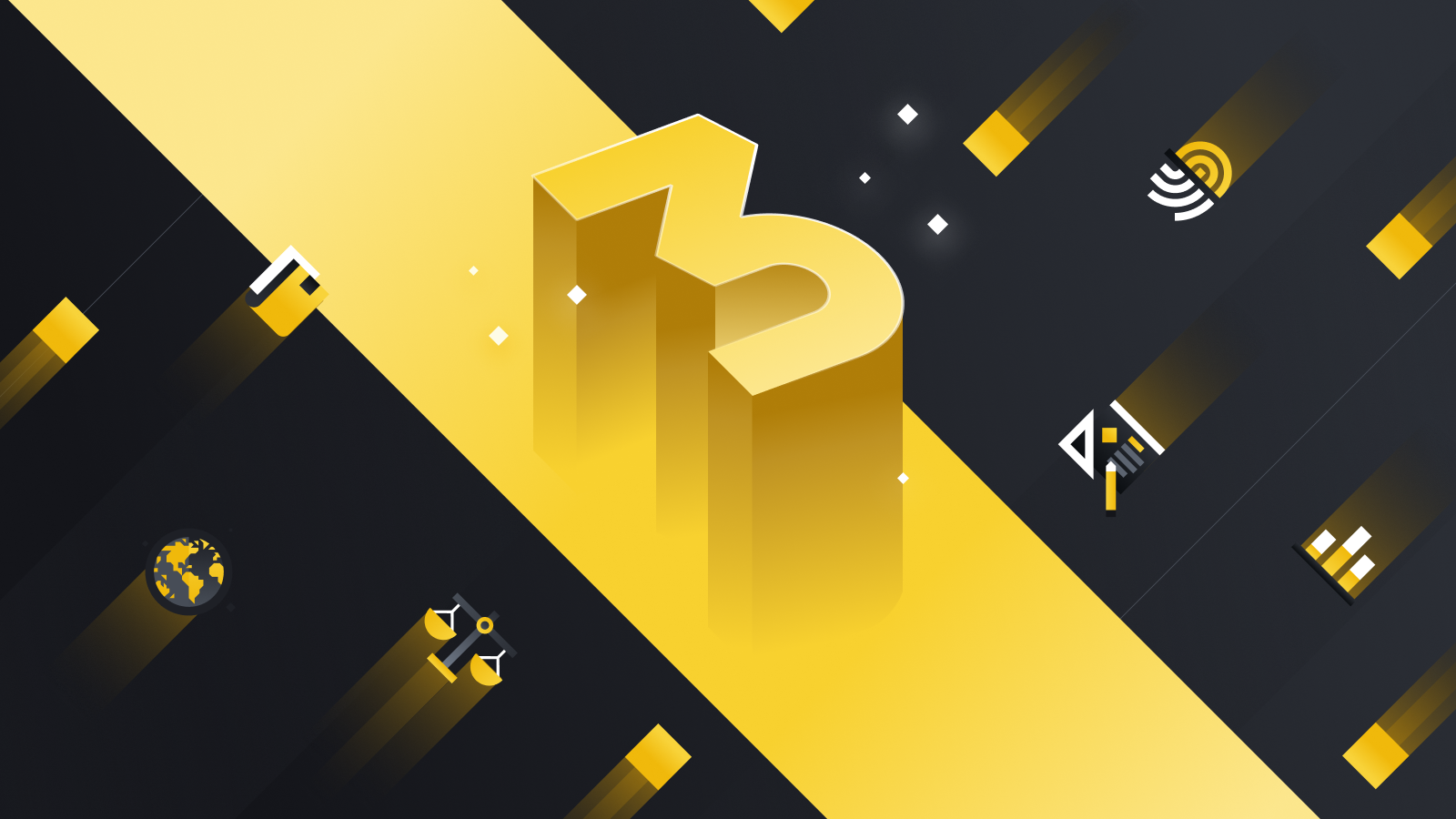 Home
Mga Artikulo
What’s the Relationship Between Blockchain and Web3?

What’s the Relationship Between Blockchain and Web3?

The internet has evolved from the “read-only” Web 1.0 to the current state of Web 2.0, which is often described as participatory and social-driven. Now, we are gradually moving toward the next phase of the internet, Web 3.0, often styled Web3 in the digital asset space. Web3 holds the promise of allowing people to own things digitally, easily transact online, and have more control of their personal data. Blockchain and crypto ecosystems already have working products for Web3. For example, users can make peer-to-peer (P2P) payments and collect digital items with crypto wallets. Many blockchain-based projects are decentralized by design and allow anyone to use them.

Digital assets can become an intrinsic part of Web3 – a new internet that is expected to remedy the ills of the current Web such as the concentration of power at the hands of a few centralized social media platforms and exploitation of users’ personal data. The decentralized and permissionless nature of blockchains is instrumental in distributing communication power rather than granting it to central authorities.

How is Web3 different from Web2?

The main evolutionary steps of the internet are often represented as the qualitatively different phases dubbed Web1, Web2, and Web3. In the Web1 era, users couldn't change online data or upload their own content to the websites they were interacting with. The internet back then consisted of static HTML pages that enabled simple, one-way experiences, such as reading information forums.

Web2 allowed content consumption and simple interaction. Then, Web2 has gradually emerged as a more interactive internet where users were more involved in generating their own content. Since these modes of online interactions were mainly facilitated by social media platforms, Web2 saw the rise of new types of centralized tech giants.

The current Web2 ecosystem is changing again as more of its failings get exposed. For example, internet users have become more concerned about data tracking and ownership, as well as censorship issues.

The power of centralized companies has become especially noticeable when they began leveraging it to ban specific users and organizations form their platforms. Web2 companies also use the data to keep users on their websites and create targeted ads for third parties’ benefit. Such economic incentives can drive such companies to act not in users’ best interest.

The vision of Web3 is that of the next step toward a better internet. Its central promises include making online platforms decentralized, trustless, and permissionless. It could also bring about digital ownership, digital-native payments, and censorship-resistance as a new standard of Web products and services.

Blockchain and crypto are perfectly positioned to become essential technologies of Web3 because they are inherently decentralized, permitting anyone to record information on-chain, tokenize assets, and create digital identities.

How do blockchain and crypto fit into the Web3 ethos?

Decentralization. As noted above, one of the central problems of Web2 is concentration of power and data at the hands of a few major players. Blockchain and crypto can decentralize Web3 by facilitating a wider distribution of information and power. Web3 could employ blockchain-powered public distributed ledgers to allow for greater transparency and decentralization.

Permissionlessness: Blockchain-based projects replace proprietary systems of traditional companies with openly available code. The permissionless nature of the applications built on the blockchain allows anyone worldwide to access and interact with them without restrictions.

Trustlessness: Blockchain and crypto eliminate the need to trust any third party, such as a bank or an individual intermediary. Web3 users can transact without the need to put trust in any entity but the network itself.

Ownership: Crypto already offers tools like self-custodial crypto wallets that allow users to store their funds without intermediaries. Users can also connect wallets to decentralized apps to use their funds in a variety of ways or showcase their digital items. Anyone can verify ownership of these funds and items using a transparent public ledger.

Censorship resistance: Blockchains are designed to be censorship-resistant, meaning that no party can unilaterally alter the record of transactions. Once the record has been added to the blockchain, it's nearly impossible to remove it. This feature could help preserve all manner of speech from government and corporate censorship.

Are blockchain and crypto essential for Web3?

Web3 may well rely on technologies that are not related to blockchain or cryptocurrency. For example, technologies such as augmented reality (AR), virtual reality (VR), the internet of things (IoT), and the metaverse may become essential to the new era of the internet as well. While the blockchain could operate more on the infrastructure side of Web3, these technologies and solutions could help make the internet more immersive and connected to the real world.

IoT could connect various devices through the internet, while AR could embed digital visual elements into the real world, and VR could construct computer-generated environments populated by items represented as digital assets. Finally, scaling and bringing these technologies together could make a unified metaverse the reality of Web3.

Crypto could provide digital-native payment rails and much more. Utility tokens can unlock a universe of use cases essential for Web3. Also, non fungible tokens (NFTs) could help verify identity and ownership within the digital realm in a way that does not compromise users’ control of their personal data.

What will Web3 with crypto and blockchain look like?

Blockchain technology can become one of the foundations of Web3, but users might not even notice it. If the applications built on blockchains are user-friendly and intuitive, people will not give the underlying infrastructure another thought – much like we rarely consider the data servers and internet protocols that are foundational to social media platforms that we use daily.

NFTs could enable users to display digital collectible items to other users and help create and maintain their unique digital identities. They could also serve other functional purposes, such as underpinning many key processes in online gaming.

Blockchain and crypto can transform the way Web3 users coordinate and enforce collective action through decentralized autonomous organizations (DAOs). DAOs empower people to organize around a shared interest without a central decision-making authority. Instead, token holders vote to determine the best course of action together. In addition, all the activity and votes are visible on a blockchain. Therefore, DAOs can drive Web3 to be more decentralized, transparent, and community-centered.

Web3 may solve the big problems of today’s internet and minimize the power of the tech giants. However, it is still largely an aspirational vision rather than tangible reality. Still, the technologies that will likely underpin the next iteration of the Web are indeed already in development.

Blockchain and crypto are often considered to be the among the technologies that are most likely to usher in the Web3 revolution because they are designed to facilitate decentralized, permissionless, and trustless interactions. In addition, blockchain technology and digital assets do not rival other key components of Web – such as AR, VR, and the internet of things – as they are likely to yield the most promising solutions when combined with one another.