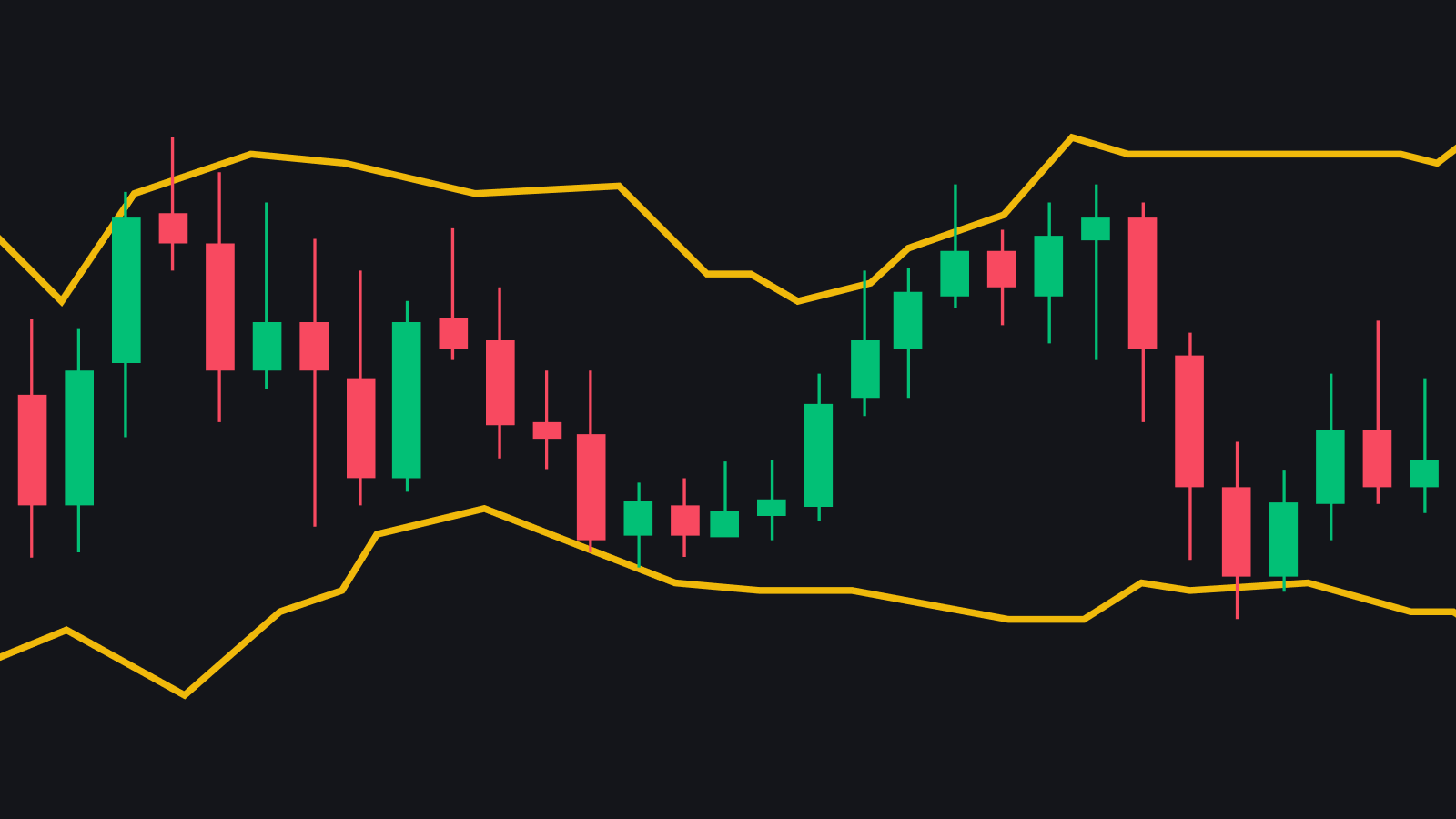 What are the Bollinger Bands?

The Bollinger Bands (BB) were created in the early 1980s by financial analyst and trader John Bollinger. They are broadly used as an instrument for technical analysis (TA). Basically, the Bollinger Bands work as an oscillator measurer. It indicates whether the market has high or low volatility, as well as overbought or oversold conditions.

The main idea behind the BB indicator is to highlight how prices are dispersed around an average value. More specifically, it is composed of an upper band, a lower band, and a middle moving average line (also known as the middle band). The two sidelong bands react to the market price action, expanding when the volatility is high (moving away from the middle line) and contracting when volatility is low (moving towards the middle line).

The standard Bollinger Bands formula sets the middle line as a 20-day simple moving average (SMA), while the upper and lower bands are calculated based on the market volatility in relation to the SMA (which is referred to as standard deviation). The standard settings for the Bollinger Bands indicator would look like this:

The setting acknowledges a 20-day period and set the upper and lower bands to two standard deviations (x2) away from the middle line. This is done to ensure that at least 85% of the price data will be moving in between these two bands, but the settings may be adjusted according to different needs and trading strategies.

How to use Bollinger Bands in trading?

Although the Bollinger Bands are widely used in traditional financial markets, they may also be used for cryptocurrency trading setups. Naturally, there are various ways to use and interpret the BB indicator, but one should avoid using it as a stand-alone instrument, and it should not be considered an indicator of buying/selling opportunities. Preferably, BB should be used along with other technical analysis indicators.

With that in mind, let’s imagine how one could potentially interpret the data provided by the Bollinger Bands indicator.

If the price makes its way above the moving average and exceeds the upper Bollinger band, it is probably safe to assume that the market is overextended (overbought condition). Or else, if the price touches the upper band multiple times, it may indicate a significant resistance level.

In contrast, if the price of a certain asset drops significantly and exceeds or touches the lower band multiple times, chances are the market is either oversold or found a strong support level.

Therefore, traders may use BB (along with other TA indicators) to set their selling or buying targets. Or simply to get an overview of the previous points where the market presented overbought and oversold conditions.

In addition, the Bollinger Bands expansion and contraction may be useful when trying to predict moments of high or low volatility. The bands can either move away from the middle line as the price of the asset becomes more volatile (expansion) or move towards it as the price becomes less volatile (contraction or squeeze).

So, the Bollinger Bands are better suited for short-term trading as a way to analyze the market’s volatility and try to predict forthcoming movements. Some traders assume that when the bands are over-expanded, the current market trend may be close to a consolidation period or a trend reversal. Alternatively, when the bands get too tight, traders tend to assume that the market is getting ready to make an explosive movement.

When the market price is moving sideways, the BB tends to narrow towards the simple moving average line in the middle. Usually (but not always), low volatility and tight deviation levels precede large and explosive movements, which tend to occur as soon as the volatility picks back up.

Notably, there is a trading strategy known as the Bollinger Bands Squeeze. It consists of finding low-volatility zones highlighted by the BB contraction. The squeeze strategy is neutral and gives no clear insight into the market direction. So, traders usually combine it with other TA methods, such as support and resistance lines.

Unlike Bollinger Bands, which is based on SMA and standard deviations, the modern version of the Keltner Channels (KC) indicator uses the Average True Range (ATR) to set the channel width around a 20-day EMA. Hence, the Keltner Channel formula would look like this:

Typically, the Keltner Channels tend to be tighter than Bollinger Bands. So, in some cases, the KC indicator may suit better than BB for spotting trend reversals and overbought/oversold market conditions (more obvious signs). Also, the KC usually provides overbought and oversold signals earlier than BB would.

On the other hand, the Bollinger Bands tend to represent market volatility better since the expansion and contraction movements are much wider and explicit when compared to KC. Moreover, by using standard deviations, the BB indicator is less likely to provide fake signals, since its width is larger and, thus, harder to be exceeded.

Between the two, the BB indicator is the most popular. But both tools can be useful in their own way - especially for short-term trading setups. Other than that, the two may also be used together as a way to provide more reliable signals.