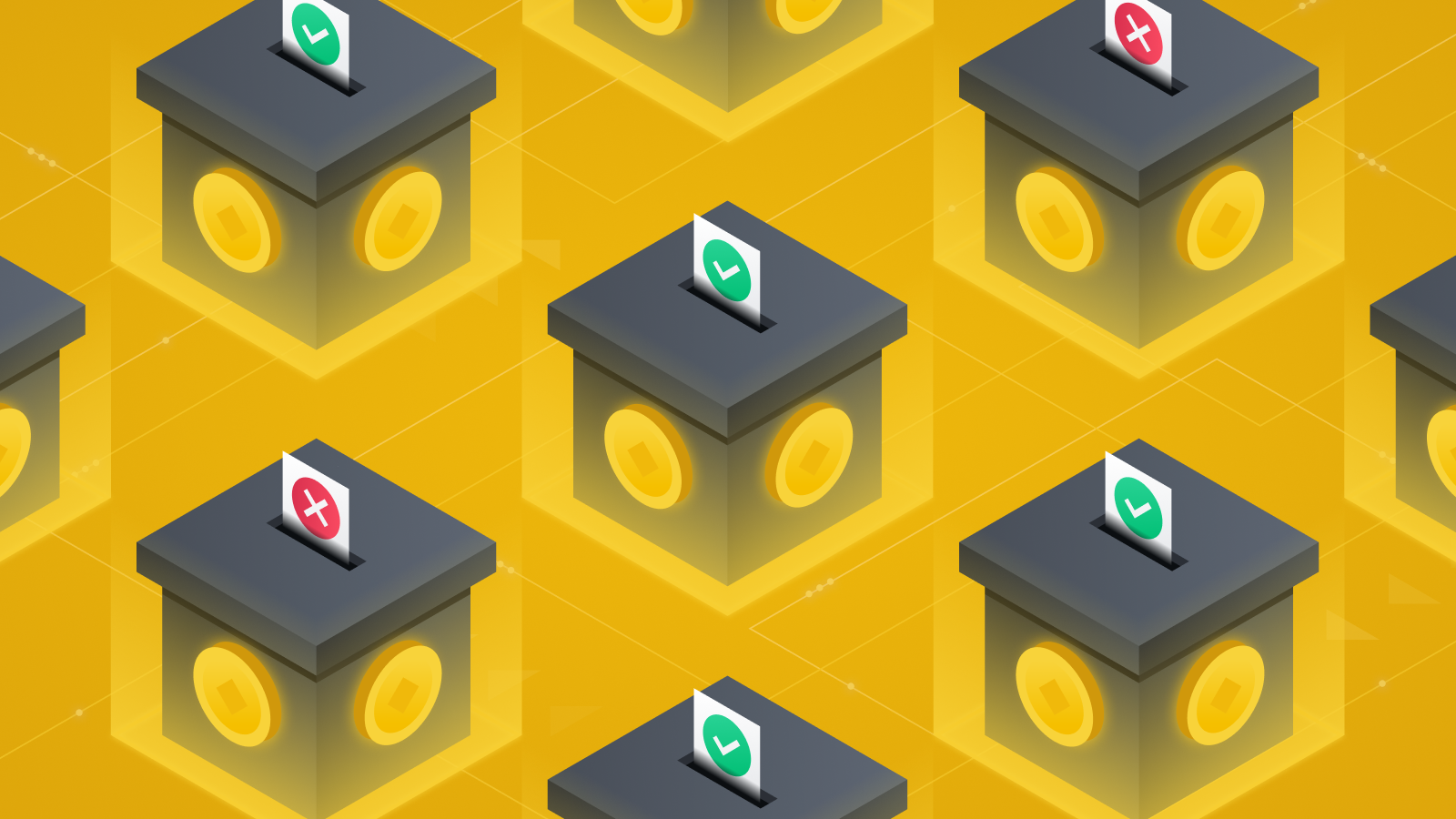 HemArtiklar
What Are Governance Tokens?

What Are Governance Tokens?

Governance tokens give holders the right to vote on issues that govern the development and operations of a blockchain project. It’s a method for projects to distribute the decision-making power to their communities. This decentralized governance model helps align the interests of the token holders with that of the project.

Many traditional companies are governed by a board of directors or a small group of people, in what can be categorized as centralized governance. The average size of the biggest companies’ boards is around 10 people. They hold enormous power over how companies are run. The directors can nominate or fire key executives, decide which projects to invest in, and set the company’s strategy.

How do governance tokens work?

Governance tokens are the core method to realize decentralized governance in DAO, DeFi, and decentralized application (DApp) projects. They are often awarded to active users for their loyalty and contributions to the community. In turn, token holders vote on major issues to ensure the projects’ robust development. Typically, voting takes place via smart contracts, in which case the results are automatically implemented.
One of the earliest governance tokens was issued by MakerDAO, an Ethereum-based DAO that underpins the crypto-collateralized stablecoin DAI. The Maker Protocol is governed by holders of its governance token called MKR. One MKR token equals one vote, and the decision with the most votes is adopted. Token holders vote on a variety of issues, such as appointing team members, adjusting fees, and adopting new rules. The objective is to ensure the stability, transparency, and efficiency of MakerDao’s stablecoin.
Another example is Compound, a DeFi protocol that allows users to lend and borrow cryptocurrencies. It issues a governance token called COMP to allow its community of users to vote on key decisions. The tokens are allocated in proportion to users’ on-chain activity. In other words, the more you lend and borrow on Compound, the more COMP tokens you receive.

Similar to MakerDAO, one COMP token equals one vote. Users can also delegate their tokens to others to vote on their behalf. Notably, Compound relinquished control of the network’s admin key in 2020. It means the project became completely governed by its token holders without any substitute governance methods.

Pros and cons of governance tokens

Another advantage of governance tokens is the ability to build active, collaborative, and close communities. Every token holder is incentivized to vote and improve the project. Because one token mostly equals one vote, it can lay the groundwork for fair and more equitable decision-making. Every token holder can initiate a proposal to be voted on. The details of each vote are open for everyone to see, which lowers the chance of cheating.

The biggest challenge of government tokens is the so-called whales problem. Whales are people who hold a large percentage of a certain crypto. If the biggest whales of a crypto project hold a significant portion of the overall supply of its governance token, they could swing the voting process to their favor. Projects need to make sure token ownership is truly decentralized and evenly distributed.

But even if governance tokens are distributed fairly and broadly, there is no guarantee that the majority decisions are always the best for the projects. One-person, one-vote election systems have a long history and their track record is mixed. There have been cases when governance token holders vote to benefit the founding teams and large investors at the expense of the wider community.

What's next for governance tokens?

As an innovation born out of the crypto space, governance tokens could find wider usage in more sectors. The Web3 movement is a place where governance tokens can help build a decentralized internet. As DeFi and DAOs gain momentum, other industries such as gaming could adopt this governance model.

Governance tokens will continue to evolve to fix problems as they emerge. There might be new mechanisms to deal with the whale problem or other ways to enhance the voting process. Novel methods of delegating votes could appear. This space is likely to become more complex, while new innovations continue to take place.

Another major factor impacting the future of governance tokens is potential regulatory changes. Some governments may deem these tokens as securities. That could subject them to strict regulations and impact how they can function.

Governance tokens are still in the early stages of development. They have facilitated the robust growth of many DeFi and DAO projects. With voting power to determine the projects’ management, these tokens are the cornerstone of decentralization.

The principle of one token, one vote places users and the community at the center as long as the tokens are distributed relatively equally among the members of the community. Governance tokens may continue to expand in the future. User-owned networks, Web3 projects, and games could adopt governance tokens to build more vibrant decentralized ecosystems.