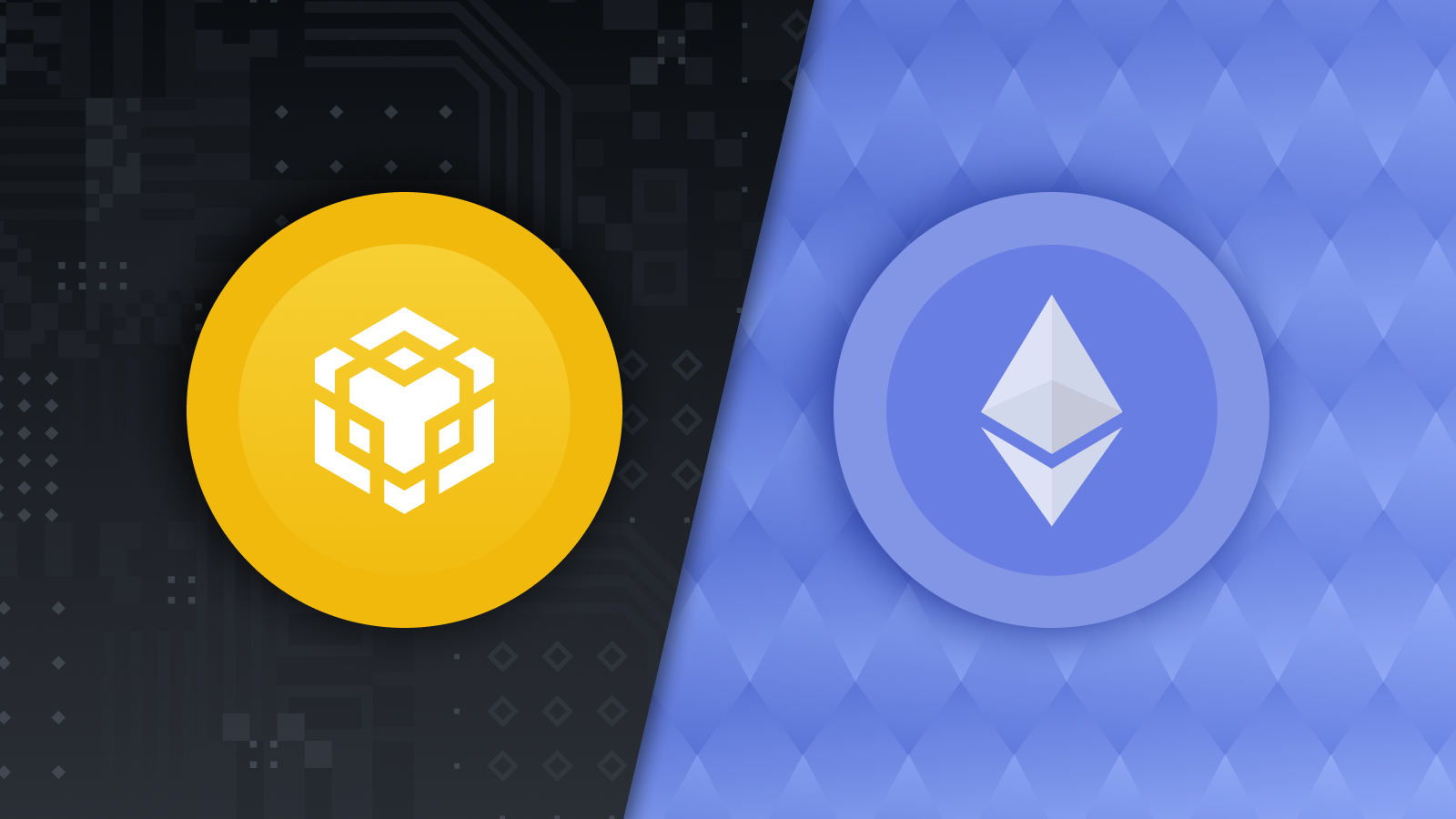 Binance Smart Chain (BSC) is a hard fork of the Go Ethereum (Geth) protocol, and as such, shares many similarities with the Ethereum blockchain. However, BSC developers have made significant changes in some key areas. The largest change is BSC's consensus mechanism, which allows for cheaper and faster transactions.

At first glance, Binance Smart Chain (BSC) and Ethereum look very similar. DApps and tokens built on BSC are compatible with the Ethereum Virtual Machine (EVM). You might have noticed that your public wallet addresses are the same on both blockchains. There are even cross-chain projects that operate on both networks. Nevertheless, there are some noticeable distinctions between the two chains. If you're wondering which one to use, it's best to know and understand the differences.

PancakeSwap was created as a hard fork of Uniswap. Autofarm and Pancake Bunny are yield farms – a category we don’t see in Ethereum’s top five. Biswap and Apeswap are both Automated Market Makers. As fees are so cheap on BSC and transactions significantly quicker, yield farms tend to be more efficient on Binance Smart Chain. These factors make them a popular choice for BSC users.
When it comes to crypto games, Ethereum really is the home of the most popular titles out there. Although there are projects on BSC that are very similar to CryptoKitties and Axie Infinity, they failed to get as big audiences as the classic games on Ethereum.

If you've made any BEP-20 or ERC-20 deposits into your wallet, you might have noticed your Ethereum and BSC wallet addresses are identical. So, for example, if you choose the wrong network when withdrawing your tokens from an exchange, you can easily retrieve them from the other blockchain.
If you accidentally withdraw ERC-20 tokens to BSC, you can still find them in the corresponding BSC address. You can also go through the same process if you accidentally send tokens from BSC to Ethereum. In both these cases, your funds are fortunately not permanently lost. For a more detailed guide, check out How to Recover Crypto Transferred to the Wrong Network on Binance.

Let's look at the average costs for Ethereum from Etherscan to get a better picture. The top three figures show current gas prices on Ethereum. For both BSC and Ethereum, one gwei is equal to 0.000000001 BNB or ETH respectively. If you pay the lower price, your transaction will take much longer to go through.
For a simple transfer of an ERC-20 token to another wallet, the average price at the time of writing is $2.46. This number increases to $7.58 when using a Uniswap liquidity pool that involves multiple transactions.

While the Ethereum Proof of Work (PoW) consensus mechanism is similar to the one of Bitcoin,  it's vastly different from BSC's Proof of Staked Authority (PoSA). However, this difference won't last for long. With Ethereum 2.0, the network will use a Proof of Stake (PoS) mechanism instead.
BSC's PoSA combines aspects of Proof of Authority (PoA) and Delegated Proof of Stake (DPoS). 21 validators take turns to produce blocks and, in return, receive BNB transaction fees as a reward. Becoming a validator requires running a node and staking at least 10,000 BNB to become an elected candidate.
Other users, known as delegators, stake BNB behind an elected candidate. The top 21 elected candidates by the amount staked will then take it in turns to process blocks. This whole process repeats every 24 hours. Delegators also receive a share of the rewards that validators earn.
Ethereum's PoW is an extremely different system. Instead of the community choosing validators, there is a race to solve a computational puzzle. Anyone can take part, but they will need to buy or rent specialized mining equipment. The more computation power you have, the more likely you will solve the puzzle first and validate a block. Successful miners receive transaction fees and an ETH reward.
While PoW is an effective way of creating consensus and ensuring network security, developers have since explored the use of other mechanisms. Their goal is to find more efficient and environment-friendly alternatives without compromising security.
For these reasons, the Ethereum network will eventually switch over to Proof of Stake. Validators will stake ETH for a chance to produce blocks. Other validators will "attest'' the block and check that it is correct. If someone produces a block containing false transactions, they will risk losing all of their staked coins. Validators then receive rewards for successful blocks and for any attestations they make. By directly depositing and staking large amounts of ETH, malicious validators risk losing their funds.

It’s clear that there are lots of similarities between Binance Smart Chain and Ethereum. In part, this is what has made it so easy for Ethereum users to migrate and start experimenting with BSC. But despite the similarities, BSC adopted interesting changes to try and improve on performance and efficiency. The Proof of Staked Authority (PoSA) consensus mechanism made it possible for users to enjoy even cheaper and faster blockchain transactions.