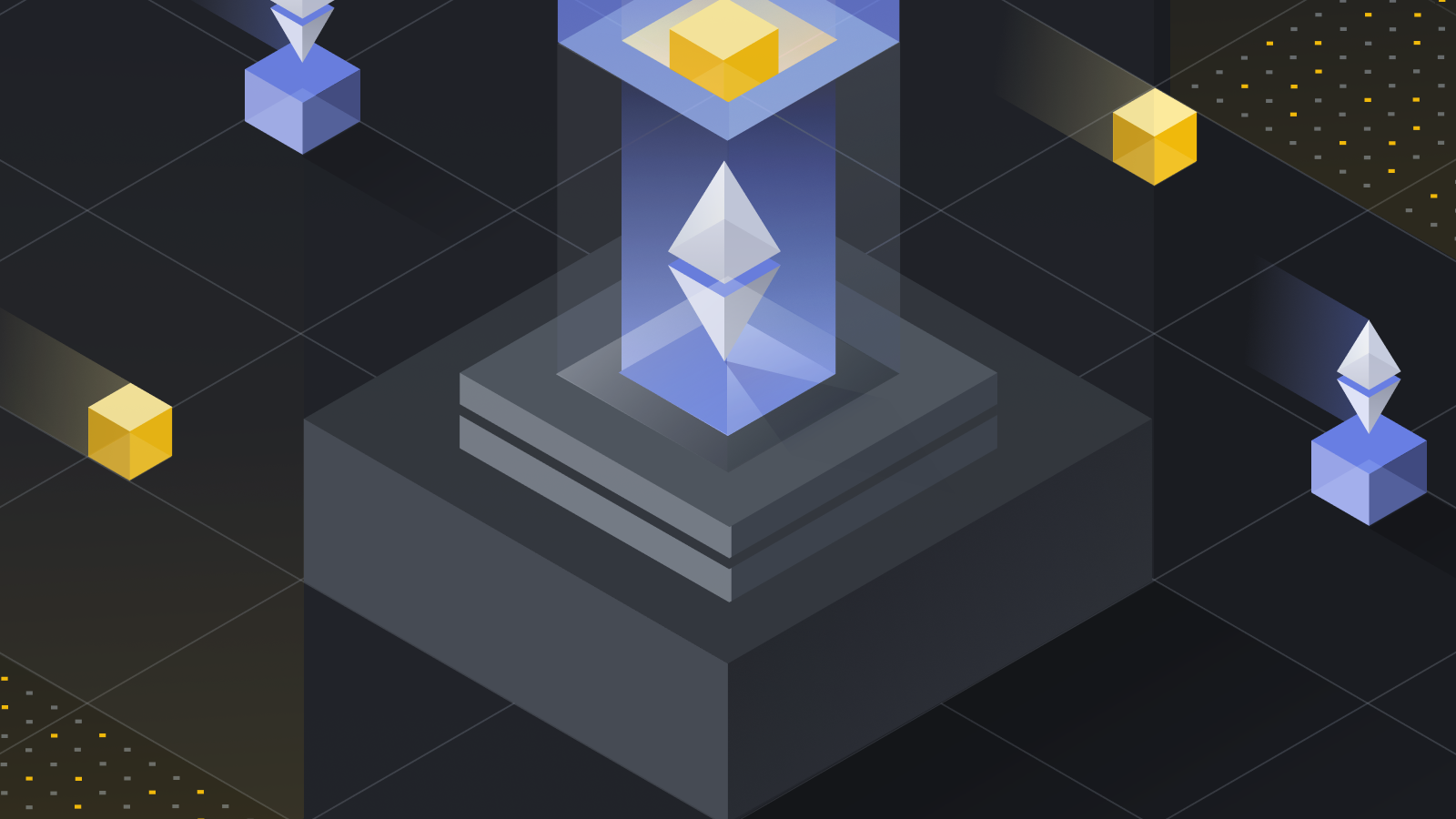 Home
Articles
The Merge Ethereum Upgrade: All You Need To Know

The Merge Ethereum Upgrade: All You Need To Know

The Ethereum mainnet will soon shift from a Proof of Work to a Proof of Stake consensus mechanism in an upgrade called The Merge. The Merge is part of a series of major Ethereum ecosystem upgrades, which also include The Surge, The Verge, The Purge, and The Splurge. The goal of these upgrades is to make Ethereum more scalable and energy efficient. The Merge will combine the Ethereum mainnet with the Proof of Stake Beacon Chain and is expected to happen in September 2022.

Since its launch in 2015, Ethereum has established its place in the blockchain industry as a popular decentralized computing platform, allowing thousands of projects to be created on its blockchain. While it remains one of the most relevant blockchains, Ethereum’s current infrastructure can't scale its operations in a way that can attend to growing global demand. In order to combat the lack of scalability, the Ethereum team proposed a set of upgrades that would lead to an evolved Ethereum blockchain. These upgrades are the Beacon Chain, The Merge, The Surge, The Verge, The Purge, and The Splurge.

Why is Ethereum upgrading?

Blockchains are usually designed with a core principle of decentralization instead of relying on a central authority. The benefits of decentralized blockchains include being permissionless, trustless, and more secure by being resistant to single points of failure.

As blockchains grow more popular, platforms must ensure that they can match the global need for transaction processing speeds, also known as scalability demands. Failure to do so can result in congestion of the network, when blockchain capacity is overwhelmed by the number of pending transactions. Often, this leads to higher transaction fees.

However, achieving security and scalability can get tricky if blockchains want to preserve their decentralized nature. This problem is explained by the concept of the scalability trilemma as proposed by Vitalik Buterin. The Blockchain Trilemma describes the challenge of balancing three important properties – scalability, security, and decentralization.

As Vitalik Buterin acknowledged, the pre-Merge Ethereum network can’t satisfy the criteria for scalability due to its consensus mechanism, Proof of Work. A Proof of Work blockchain tends to be harder to scale due to a number of reasons. Firstly, the number of transactions that a block can validate in each block is limited. Secondly, blocks have to be mined at a constant rate.

For example, Bitcoin is designed to have blocks mined every 10 minutes on average, according to the mining difficulty that is automatically adjusted by the protocol. While Bitcoin’s design is highly secure, the block time combined with the limit of transactions per block can lead to network congestion during times of increased demand. This often causes transaction fees and confirmation times to rise significantly.

To overcome such PoW limitations, the Ethereum team proposed a set of upgrades known as Ethereum 2.0 (ETH 2.0).

The Ethereum Upgrades: The Big Picture

The Ethereum 2.0 upgrades consist of the existing Beacon Chain (already implemented), The Merge (coming soon), as well as The Surge, The Verge, The Purge, and The Splurge. After all the upgrades have been deployed, the new Ethereum blockchain is expected to become more scalable, secure, and sustainable – while still decentralized.

Previously known as Phase 0, the Beacon Chain marks the first upgrade in the series of major Ethereum upgrades. It was launched on December 1, 2020, and introduced Proof of Stake to the Ethereum ecosystem. Users can interact with the Beacon Chain in two ways: staking ETH or running a consensus client to secure the network. It currently runs in parallel to the Ethereum mainnet.

The Merge is Ethereum’s next serious step to tackling scalability issues. Simply put, it integrates the two existing independent chains in the Ethereum ecosystem: the execution layer and the consensus layer (Beacon Chain).

The Ethereum mainnet is expected to merge into the Proof of Stake system coordinated by the Beacon Chain in September 2022. After The Merge, the ecosystem will only use a Proof of Stake mechanism to secure its network.

Once The Merge happens, Ethereum’s Proof of Work will be replaced by a Proof of Stake consensus mechanism. Instead of mining, blocks will be minted (or forged) by nodes called validators. One node is randomly appointed periodically to validate a candidate block. These validators are incentivized to do so with transaction fee tips and staking rewards. Since no nodes compete to add a new block, PoS takes up significantly fewer resources than PoW, making it more sustainable.

“After The Merge, the Beacon Chain will be the consensus engine for all network data, including execution layer transactions and account balances.” – Ethereum.org

Ethereum’s transactional history will be merged with the Beacon Chain, but its ether (ETH) currency will remain as is. ETH funds will remain accessible after The Merge, and ETH token users are not required to take any action in preparation for the upgrade.

What’s beyond The Merge?

While there is no official announcement about the other Ethereum upgrades, The Surge, The Verge, The Purge, and The Splurge, Sharding is definitely in the works and scheduled to take place sometime in 2023 after The Merge.

Ethereum will be increasing scalability with the help of sharding to increase throughput, likely reducing transaction costs and time. Sharding introduces shard chains, which are similar to regular blockchains – except they each contain only a portion of the blockchain data. Thanks to the specific subset of data provided by shard chains, nodes can verify transactions more efficiently.

Sharding is a scaling solution that requires a great deal of time and effort to implement. However, it could be one of blockchain’s biggest wins in terms of scalability if done well, enabling Ethereum to store and access data better.

As for the other upgrades, nothing is set in stone yet. In a tweet, Vitalik Buterin did make his stance clear that the above upgrades shouldn't be considered stages, as they are upgrades running parallel to The Merge. Readers should stay subscribed to Binance Blog and Binance Academy for more updates as we follow The Merge and subsequent Ethereum upgrades.

Why are there so many scaling solutions?

It seems that Ethereum is gearing up to be future-proof and take on a massive transaction load that will likely follow mass adoption. The more solutions there are, the more likely overall network congestion can be reduced. In addition, this can also prevent single points of failure if one scaling solution turns out to be insufficient. Having several scaling solutions not only prepares the network for increased transaction speed and throughput but also helps users avoid high transaction fees.

The Merge’s impact on ETH

As one of the most prominent second-generation blockchain projects, Ethereum launched with an initial supply of 72 million ether (ETH). Under its original PoW model, a large percentage of this token supply is used to incentivize miners to secure the network.

Upon the shift to PoS, mining rewards will no longer be given out. As a result, there will be a net reduction in annual ETH issuance of approximately 90%. If the law of supply and demand plays out, this could possibly lead to a rise in the price of ETH. However, financial markets are unpredictable and volatile, and there are many other factors in play.

The Merge’s impact on BETH

BETH is a tokenized version of staked ETH on Binance. In light of The Merge, miners will no longer be able to earn Proof of Work rewards. Instead, validators will be rewarded with staking rewards as well as transaction fees that were offered to miners before The Merge. In addition, validators will get a portion of Maximum Extractable Value (MEV) rewards post-merge, and APR should see an increase when BETH adopts this concept. Therefore, the annual percentage rate (APR) is expected to increase significantly.

The Merge’s impact on Binance users and products

For ETH token holders and Binance users, Binance products will remain unaffected for the most part. There will only be a delisting of ETH from our mining service and a momentary halt on ETH borrowing, deposits, and withdrawals.

If you are an ETH holder, you can read the What Will Happen to My Ethereum After The Merge blog to prepare for The Merge.

The Merge is the second in a series of significant upgrades to the Ethereum network. It was proposed to prepare to implement new scaling solutions for better scalability. After completing all listed upgrades, Ethereum will likely be primed to take on more transaction loads without compromising security or decentralization.