A Brief History of Bitcoin Dominance
Table of Contents
Introduction
What is BTC Dominance?
From One Cryptocurrency to Thousands
Closing Thoughts
Bitcoin
History 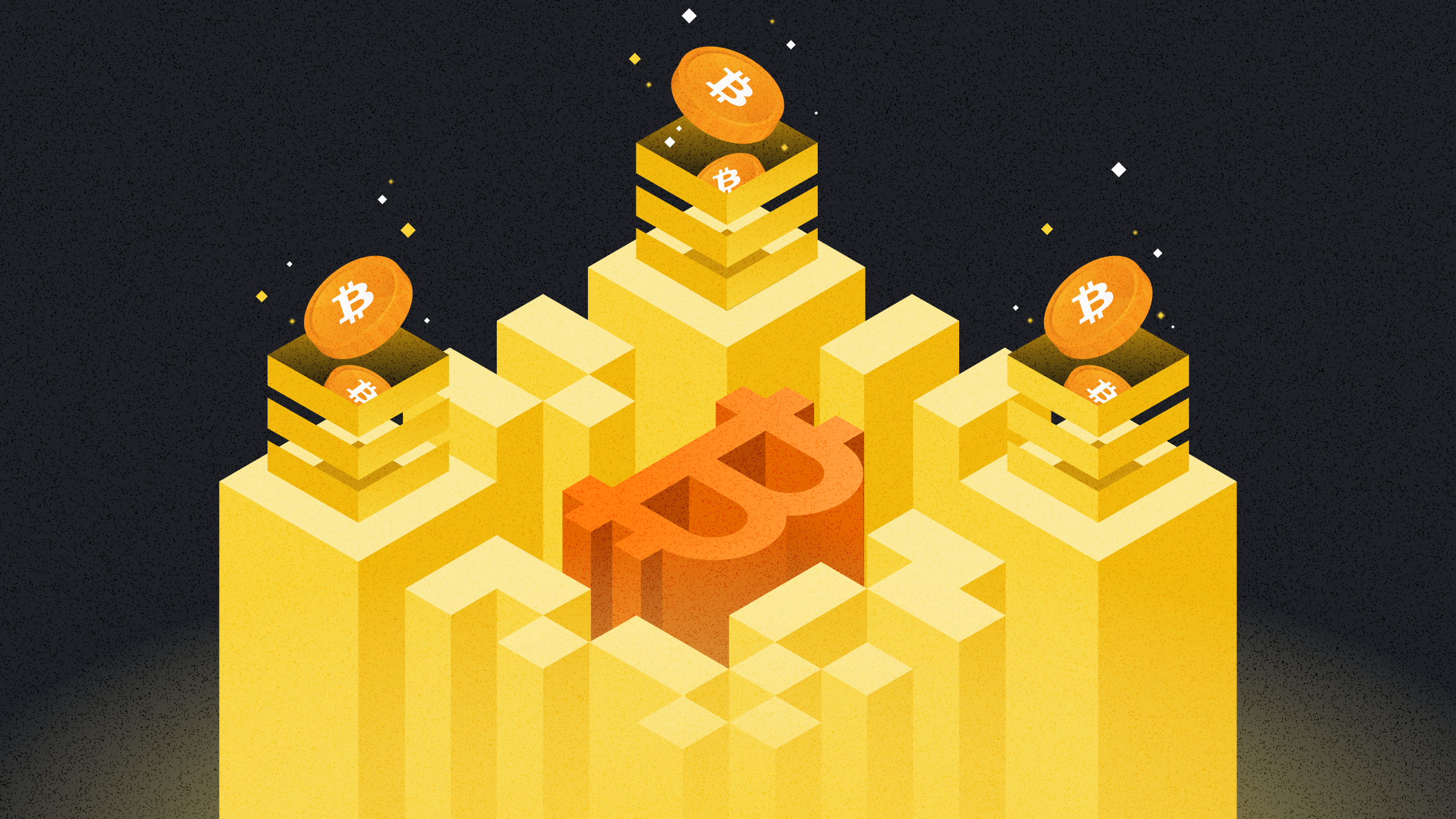 A Brief History of Bitcoin Dominance

Bitcoin dominance is the share of the original cryptocurrency, BTC, in the entire crypto market’s capitalization. For quite some time since its inception in 2009, bitcoin remained the only digital asset in existence and thus, naturally, solely accounted for all the crypto market’s capitalization. However, over time, things started to change. The year 2013 saw the first wave of altcoins that added their value to the crypto market cap’s formula. 2015 was the birth of Ethereum — Bitcoin’s closest rival that spawned the currency ether — and then, in 2017, the ICO boom resulted in BTC dominance further diluted and hitting an all-time low, only to recover to above 50% in a few months. Today, BTC dominance faces its heaviest competition in DeFi, NFT and metaverse tokens, and over 20,000 non-bitcoin cryptocurrencies.

Bitcoin, the world’s first cryptocurrency, was launched to the public in 2009 by an anonymous developer or group of developers known as Satoshi Nakomoto. Since then, despite the emergence of competition, bitcoin has remained the world's largest and most valuable cryptocurrency. Its underlying technology has also inspired the development of thousands of new cryptocurrencies collectively known as alternative coins, or altcoins.

Bitcoin’s standing against the rest of digital assets continues to be hugely important and indicative of the state of the overall crypto market. To measure bitcoin’s market cap relative to the larger crypto market, traders and analysts use a ratio called bitcoin dominance, also known as BTC dominance.

What is BTC Dominance?

BTC dominance is the share of bitcoin in the crypto market’s overall value. It is calculated by dividing BTC’s market cap by the total cryptocurrency market cap.

But why is it important? Historically, traders have used BTC dominance to help understand whether altcoins are on an up or downtrend against bitcoin. For example, one popular theory is that the crypto market is heading into a bull market if altcoins are trending up. In 2017, for instance, a significant decline in BTC dominance signaled altcoin prices skyrocketing (rather than BTC price declining), coinciding with the entire market entering a bull phase.

From One Cryptocurrency to Thousands

In 2011, the first altcoin, litecoin, was born, and in 2013 — dubbed “the year of the bitcoin” by Forbes magazine — the number of new altcoins entering the market began to rise quickly. By May 2013, the crypto market counted at least ten tokens, including litecoin (LTC) and Ripple’s XRP.

Concurrently, bitcoin’s price skyrocketed as more investors discovered the digital asset space for the first time. Yet, even with a few newcomers to compete against, BTC dominance remained at around 95% during this period.

The birth of Ethereum

In 2015, Vitalik Buterin and a team of developers launched the Ethereum (ETH) network. It set to rival Bitcoin as a blockchain that allowed more use cases beyond financial services like the transfer of money. Unfazed by the competition in Ethereum’s native token, ether (ETH), bitcoin continued to account for around 90-95% of the crypto market. Things only started to change in 2017 — the start of the initial coin offering (ICO) boom.

Initial coin offerings (ICOs), a popular crowdfunding method for early-stage crypto projects, became a prominent trend from 2017 to 2018. There were around 2000 unique ICOs during this period, with over $10 billion raised cumulatively. Funds began flowing from bitcoin into many of the newer altcoins that surfaced at that time. Some investors believed in the compelling, yet unproven, use cases, while some were more interested in profiting off dramatic price swings.

The unprecedented influx of altcoin competition resulted in bitcoin dominance experiencing its first major decline, dropping to an all-time low of around 37% in January 2018.

While it had generated considerable attention toward crypto, the ICO boom was ultimately short-lived. Investors realized that many ICO projects lacked core fundamentals or had questionable business practices. Some projects even became the target of regulatory scrutiny by the U.S. and other authorities. This increase in negative sentiment eventually overtook the industry, sending the entire crypto market into a prolonged period of price decline and stagnation.

With many altcoins’ value tanking and investors’ general disillusionment in ICOs, BTC dominance gradually climbed back to over 50% by the final months of 2018.

In 2019, bitcoin’s price experienced a slight resurgence, trading at around $7,000 by the end of the year, while BTC dominance peaked at about 70% in September. The digital asset, however, would remain relatively still until the COVID-19 pandemic struck the world in 2020.

Beginning in 2020 — in the aftermath of a short, COVID-fulled dip — the crypto market would enter a record-breaking bull run. Simultaneously, BTC dominance would reach 72% in January 2021, its highest tally since 2017, before collapsing to 39% by mid-2021.

With the looming pandemic, many people, bored and stuck at home, turned to day trading and investing to pass the time. Meanwhile, to offset the pandemic’s economic downturn, governments around the world issued cash handouts to stimulate their struggling economies. Retail traders invested a considerable portion of these funds in stocks, forex, or the crypto market for the first time.

Now, following all the media attention to crypto during the latter half of 2020, altcoins became an increasingly attractive, albeit risky, choice for retail investors, especially newcomers looking for quick gains. For example, shiba inu (SHIB) saw its price go up more than 40 million percent in 2021.

Further, the rapid growth of innovations like decentralized finance (DeFI) and NFTs, which primarily exist on competing blockchains like Ethereum and Solana (SOL), contributed to bitcoin losing more of its market share. Solana’s price, for example, increased from $1.50 to an all-time high of $250 in 2021 after gaining significant institutional and retail interest in its underlying technology.

Since then, BTC dominance has struggled to climb over 50%. BTC dominance’s recent slow growth may have something to do with ETH 2.0, Ethereum’s long-awaited switch to proof-of-stake, and the ongoing bear market.

In recent years, the growth of the altcoin market has diluted bitcoin’s market share. Unlike the early years, when there were very few competitors, bitcoin now competes against DeFi tokens, the increasingly popular NFT sector, and thousands of other cryptocurrencies.

Even so, bitcoin is still the leading cryptocurrency in terms of market cap, with BTC dominance unlikely to go away anytime soon. For starters, many investors see bitcoin as a store of value because of its finite supply — hence the nickname “digital gold.”

But most importantly, bitcoin’s status as the industry’s first-ever cryptocurrency has given it a competitive edge in the digital asset market. However, history has shown if something better comes along, that first-mover advantage won’t last very long. It remains to be seen if there’ll ever be another cryptocurrency to dominate the crypto market as much as bitcoin has so far.