What Is an ICO (Initial Coin Offering)?
Cuprins
What is an ICO?
ICOs vs. IEOs (Initial Exchange Offerings)
ICOs vs. STOs (Security Token Offerings)
How does an ICO work?
Who can launch an ICO?
What are the regulations surrounding ICOs?
What are the risks with ICOs?
Closing thoughts
BlockchainEconomics 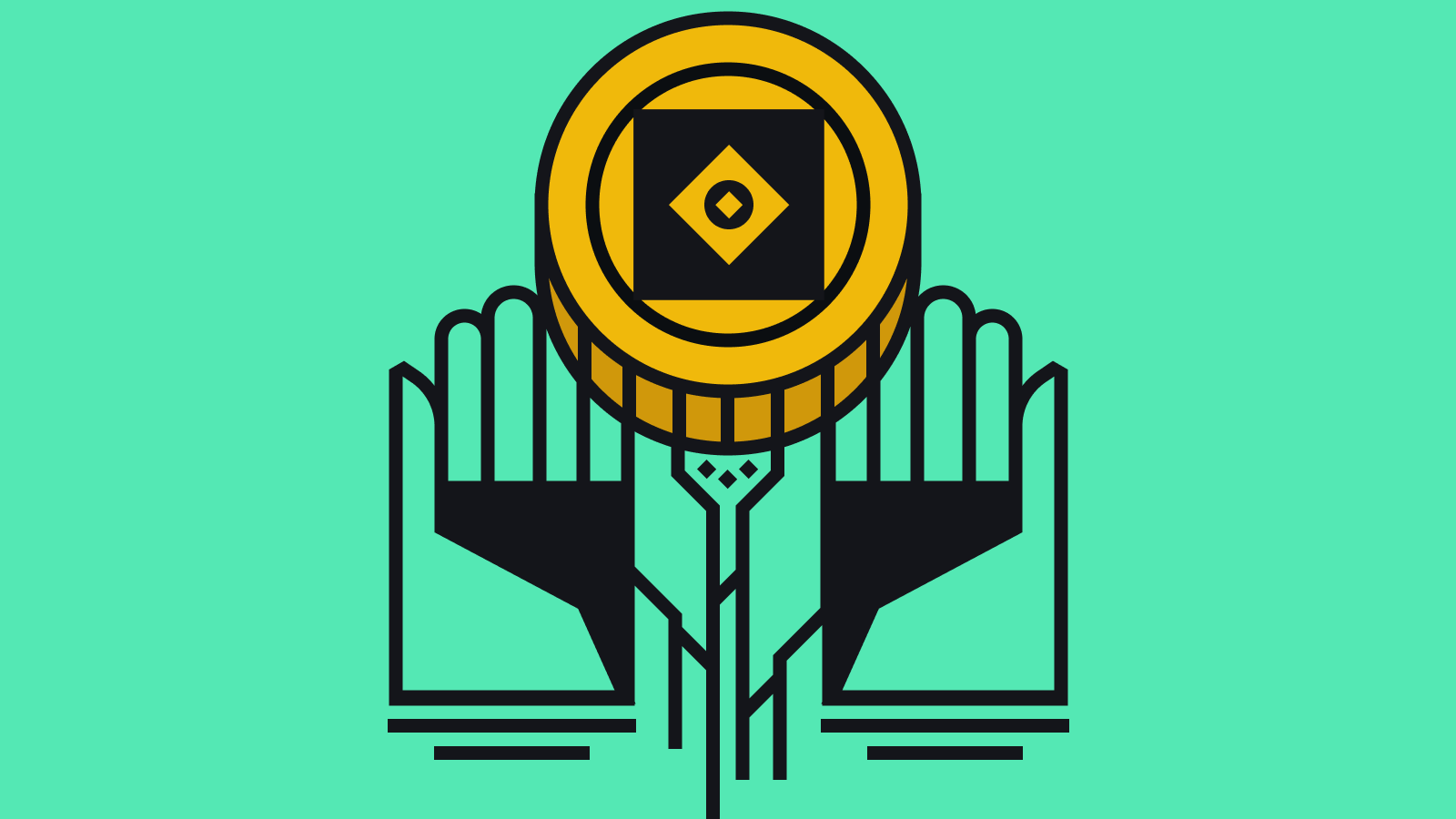 AcasăArticole
What Is an ICO (Initial Coin Offering)?

What Is an ICO (Initial Coin Offering)?

What is an ICO?

An Initial Coin Offering (or ICO) is a method for teams to raise funds for a project in the cryptocurrency space. In an ICO, teams generate blockchain-based tokens to sell to early supporters. This serves as a crowdfunding phase – users receive tokens that they can use (either immediately or in the future), and the project receives money to fund development.
The practice was popularized in 2014 when it was used to fund the development of Ethereum. Since then, it has been adopted by hundreds of ventures (particularly during the 2017 boom), with varying degrees of success. While the name sounds similar to an Initial Public Offering (IPO), the two are fundamentally very different methods of acquiring funding.

IPOs usually apply to established businesses that sell partial ownership shares in their company as a way to raise funds. In contrast, ICOs are used as a fundraising mechanism that allows companies to raise funds for their project in very early stages. When ICO investors purchase tokens, they are not buying any ownership in the company.

ICOs can be a viable alternative to traditional funding for tech startups. Often, new entrants struggle to secure capital without an already functional product. In the blockchain space, established firms rarely invest in projects on the merits of a white paper. What’s more, a lack of cryptocurrency regulation deters many from considering blockchain startups.

The practice isn’t just used by new startups, though. Established enterprises sometimes choose to launch a reverse ICO, which is functionally very similar to a regular ICO. In this case, a business already has a product or service and issues a token to decentralize its ecosystem. Alternatively, they might host an ICO to include a broader range of investors and raise capital for a new blockchain-based product.

Initial Coin Offerings and Initial Exchange Offerings are similar in many ways. The key difference is that an IEO is not hosted solely by the project’s team, but alongside a cryptocurrency exchange.

The exchange partners with the team to allow its users to buy tokens directly on its platform. This can be beneficial to all parties involved. When a reputable exchange supports an IEO, users can expect the project to have been rigorously audited. The team behind the IEO benefits from increased exposure, and the exchange stands to gain from the project’s success.

Security Token Offerings were once branded the “new ICOs.” From a technological standpoint, they’re identical – tokens are created and distributed in the same manner. On the legal side, however, they’re completely different.

Due to some legal ambiguity, there is no consensus on how regulators should qualify ICOs (discussed in more detail below). As a result, the industry has yet to see any meaningful regulation.

Some companies decide to take the STO route as a way to offer equity in the form of tokens. Also, this could help them steer clear of any uncertainty. The issuer registers their offering as a securities offering with the relevant government body, which subjects them to the same treatment as traditional securities.

How does an ICO work?

An ICO can take many forms. Sometimes, the team hosting it will have a functional blockchain that they’ll continue to develop in the coming months and years. In this case, users can buy tokens that are sent to their addresses on the chain.

Alternatively, the blockchain might not have launched, in which case the tokens will be issued on an established one (such as Ethereum). Once the new chain is live, holders can swap their tokens for fresh ones issued on top of it.

The most common practice, however, is to issue tokens on a smart-contract-capable chain. Again, this is done predominantly on Ethereum – many applications use the ERC-20 token standard. Though not all originate from ICOs, it’s estimated that there are upwards of 200,000 different Ethereum tokens today.

Besides Ethereum, there are other other chains that can be used – Waves, NEO, NEM, or Stellar are some popular examples. Given how flexible these protocols are, many organizations make no plans to migrate away but instead opt to build on existing foundations. This approach allows them to tap into the network effects of an established ecosystem and gives developers access to tools that have already been tried and tested.

An ICO is announced ahead of time and specifies rules for how it will be run. It might outline a timeframe it will operate for, implement a hard cap for the number of tokens to be sold, or combine both. There might also be a whitelist that participants must sign up to beforehand.

Users then send funds to a specified address – generally, Bitcoin and Ethereum are accepted due to their popularity. Buyers either provide a new address to receive tokens, or tokens are automatically sent to the address that the payment was made from.

Who can launch an ICO?

The technology to create and distribute tokens is widely accessible. But in practice, there are many legal considerations to take into account before holding an ICO.

Overall, the cryptocurrency space is lacking in regulatory guidelines, and some crucial questions are yet to be answered. Some countries prohibit launching ICOs outright, but even the most crypto-friendly jurisdictions have yet to deliver clear legislation. It’s therefore imperative that you understand your own country’s laws before considering an ICO.

What are the regulations surrounding ICOs?

It’s difficult to give a one-size-fits-all answer because there are so many variables to consider. Regulations vary from jurisdiction to jurisdiction, and each project likely has its own nuances that may affect how government entities view it.

It should be noted that the absence of regulation in some places is not a free pass to crowdfund a project via an ICO. So it’s important to seek professional legal advice before choosing this form of crowdfunding.

On a number of occasions, regulators have sanctioned teams that raised funds in what they later deemed to be securities offerings. If authorities find a token to be a security, the issuer must comply with rigorous measures that apply to traditional assets in this class. On this front, the US’s Securities and Exchange Commission (SEC) has provided some good insights.

In general, the development of regulation is slow in the blockchain space, particularly as the tech outpaces the slow-turning wheels of the legal system. Still, numerous government entities have been discussing the implementation of a more transparent framework for blockchain technology and cryptocurrencies.

Though many blockchain enthusiasts are wary of possible government overreach (which might hamper development), most of them recognize the need for investor protection. Unlike traditional financial classes, the ability for anyone around the globe to participate presents some significant challenges.

What are the risks with ICOs?

The prospect of a new token granting huge returns is an appealing one. But not all coins are created equal. As with any cryptocurrency investment, there are no guarantees that you’ll have a positive return on investment (ROI).
It’s difficult to determine whether a project is viable, as there are many factors to assess. Prospective investors should perform due diligence and conduct extensive research into tokens they’re considering. This process should include a thorough fundamental analysis. Below is a list of some questions to ask, but it is by no means exhaustive:

The most important rule is never to invest more than you can afford to lose. The cryptocurrency markets are incredibly volatile, and there’s a major risk that your holdings will plummet in value.

Buyers should, however, be conscious of what they’re investing in. There are no guaranteed returns. Given the nascency of the cryptocurrency space, such investments are highly risky, and there’s little by way of protection if the project fails to deliver a viable product.