Ethereum on Proof-of-Stake: What Ethereum Hodlers Need to Know
Table of Contents
Introduction
What is Ethereum’s move to Proof of Stake?
Why Proof of Stake?
The road to PoS Ethereum
What will happen to my ETH?
Expectations from users and the community
Closing thoughts
Ethereum 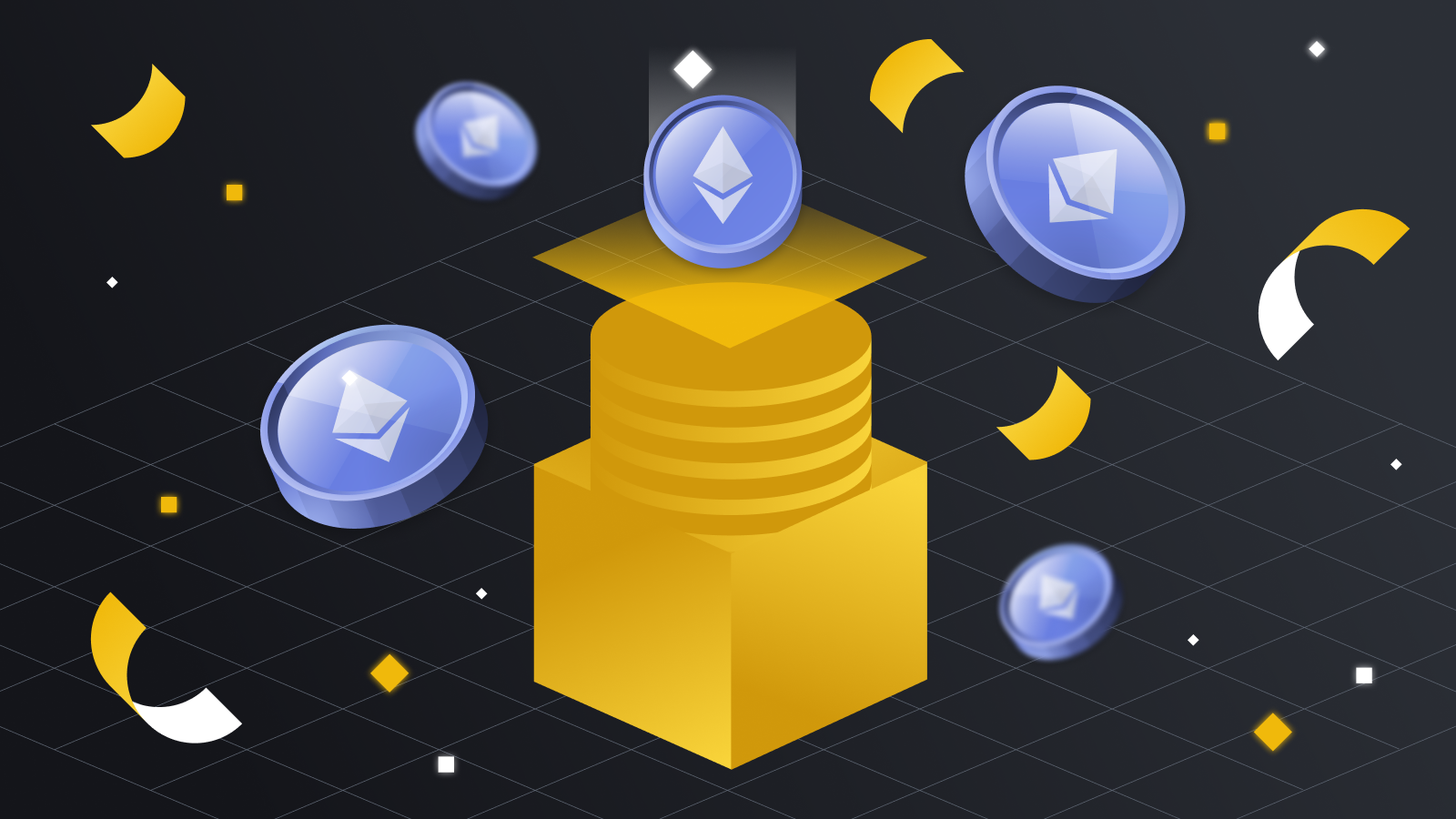 Ethereum on Proof-of-Stake: What Ethereum Hodlers Need to Know

Ethereum’s Merge is part of a transition Ethereum from a Proof of Work blockchain to a Proof of Stake. In general, Proof of Stake offers numerous benefits to scalability and sustainability.

As Ethereum moves to its new sharded structure, the original mainnet’s state will be transferred. This means that ETH holders won’t need to do anything with their coins and should be wary of scammers telling them they need to “transfer” their tokens.

Ethereum’s long-anticipated move to a Proof of Stake consensus mechanism has, for many HODLers, raised an important question: What do I need to do with my ETH? The question is a good one, as the safety of your funds can be at risk if you don’t fully understand the situation. First, let’s look at the reasons behind Ethereum’s move to Proof of Stake (PoS).

What is Ethereum’s move to Proof of Stake?

Since Ethereum’s (ETH) creation, it’s used the same system as Bitcoin (BTC) to generate consensus on new blocks of transactions: Proof of Work (PoW). This consensus mechanism allows miners to reach an agreement without a central authority, even in the face of malicious actors working against them.

Proof of Work, as implemented by Satoshi Nakamoto in the Bitcoin network, created an effective, reliable method for achieving consensus on decentralized networks. To this day, the Bitcoin network still hasn’t been successfully attacked.

However, PoW has fallen out of favor with some developers and users. It is often seen as:

With Ethereum 2.0, the network will move to PoS and remove the need for mining coins. The goal is to improve Ethereum’s scalability, as well as create additional benefits for users.

Why Proof of Stake?

Proof of Stake has proven to be the most popular choice for new blockchain networks. It has several discernible advantages and leads the way in accessibility and scalability. Its drawbacks, while there are a few, are in most eyes minimal compared to the benefits gained.

The road to PoS Ethereum

Moving to PoS can’t be done in one go. Over a few years, Ethereum began a transition to move to its new sharded structure successfully. The journey can be split into a series of phases. Note that the Phase structure is no longer officially used by Ethereum, but is often referred to in this way by other media outlets.

Phase 0 will see the launch of Ethereum’s Beacon Chain, a PoS blockchain that will manage all Ethereum shards. More specifically, it will organize validators and the staking process, create validator committees, manage consensus generation, and run other key operations.

Phase 1 will take the single Ethereum blockchain and split it into 64 sharded blockchains. These blockchains will then be managed by the Beacon Chain launched in Phase 0. However, over time, Ethereum has instead concentrated on the Merge, which now will happen before sharding implementation.

Phase 1.5, also known as The Merge, will bridge the state of the Ethereum mainnet to the new Proof of Stake system. Smart contracts from the old Ethereum mainnet will be available on the new Ethereum network, and the Beacon Chain will be the official organizer of block production.

Phase 2 will let shards create new transactions and smart contracts, meaning they’re fully functional. Phase 2 is the last phase with a predefined plan, as Phase 3 will be used to iron out any issues occurring from the launch of Ethereum 2.0

What will happen to my ETH?

In short, your funds will be safe, and you won’t need to do anything. The complete Ethereum state will be transferred over to Ethereum 2.0. If you’re holding BETH because you’ve locked ETH in Binance’s Ethereum 2.0 staking product, you’ll soon be able to redeem it for ETH after the Merge. Vitalik has mentioned that the unlocking will take place roughly six months after the Merge. BETH is a wrapped token pegged 1:1 with ETH, distributed to users who locked their ETH with Binance. This gave stakers a liquid, ETH-like asset to use while their funds were locked. For users who wish to, they will be able to swap their BETH back to ETH.

Expectations from users and the community

For many, Ethereum’s move to PoS has been eagerly anticipated. With almost every new blockchain now using PoS, there has been immense pressure on Ethereum to catch up. The network is also free from its previous limitations with the benefits of its new consensus mechanism. As PoS is more environmentally friendly, Ethereum will also remove the stigma associated with its previous energy usage. Overall, this may help improve the image of the blockchain world in general.

The key message to take away from The Merge for HODLers is that you don’t need to do anything with your ETH holdings. So, be wary of anyone telling you that you need to “transfer” or “bridge” your ETH to the new network. Aside from this important fact, Ethereum’s move to Proof of Stake looks to have various benefits for users.