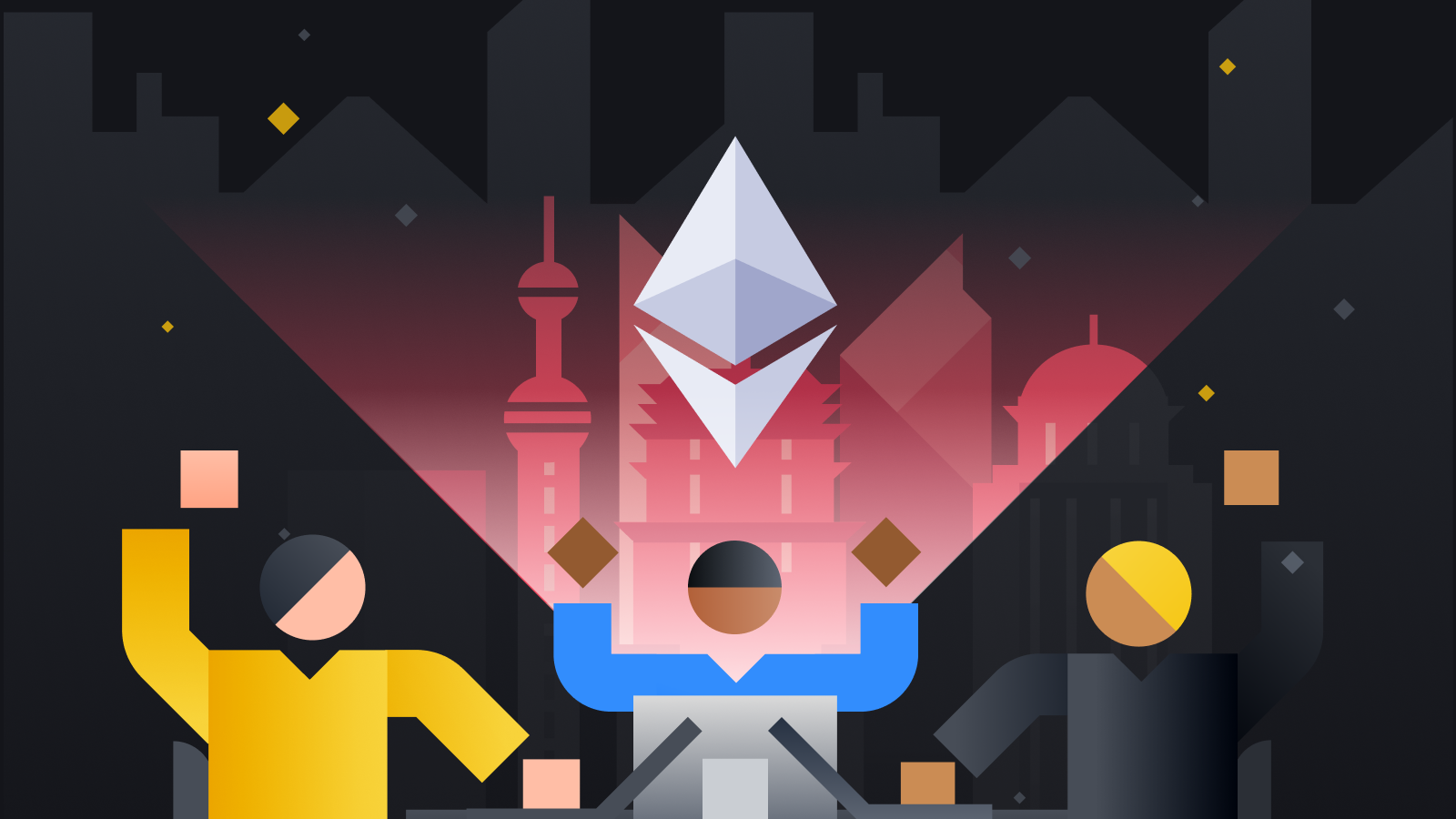 Home
Articles
What Is the Ethereum Shanghai Upgrade and How Will It Affect Me?

What Is the Ethereum Shanghai Upgrade and How Will It Affect Me?

Ethereum's Shanghai update (EIP-4895) will allow ETH stakers to remove their staked funds as validators. After the implementation of Proof of Stake, users could stake 32 ETH to become network validators, but the funds were indefinitely locked.

The update will likely affect the percentage of ETH staked out of its total supply. In turn, this may affect market demand and supply for ETH.

For Ethereum stakers, the Shanghai update is a well-awaited change to Ethereum's Proof of Stake consensus mechanism. Aside from its effects on staking, it's also likely to have some ramifications on market demand for ETH. So, no matter if you're already staking ETH, considering it, or simply holding ETH, it's worth understanding exactly what Shanghai will do and how it may affect your portfolio.

What Is the Ethereum Shanghai Upgrade?

In September 2022, Ethereum completed its switch to a Proof of Stake (PoS) consensus mechanism. Before this, Ethereum used Proof of Work (PoW) and a mining mechanism to process and validate transactions. Users who want to take part in validating on the network can now stake 32 ether (ETH) rather than solve computational puzzles using specialized mining equipment.

Since the Merge, which saw the Ethereum mainnet combine with the PoS Beacon Chain, users haven't been able to remove their staked funds. The Shanghai update (EIP-4895) resolves this issue and adds withdrawal functionality. On January 5, 2023, Ethereum developers agreed to a March 2023 launch date for implementing the upgrade as a network hard fork. Users will be able to test the update with a Shanghai-implemented public test network towards the end of February 2023.

What Is Ethereum Staking?

With Ethereum's switch to PoS, users can stake their ETH as part of the network's consensus mechanism. PoS offers an alternative to the energy-intensive PoW mining system seen on a network like Bitcoin. Users can temporarily lock 32 ETH to run creator validator nodes that help secure the network and validate transactions.

Each validator receives new blocks created by other validators on the Ethereum network. Once the transactions and block signature have been checked, the validator attests to the validity of that block. With the Shanghai upgrade, stakers will now be able to withdraw their locked ETH. Previously, this feature wasn't available after the Beacon Chain's launch in December 2020.

What Are Ethereum Improvement Proposals (EIPs)?

EIPs are improvements or changes to the Ethereum network and how it runs. Anyone can create an EIP by following the submission format and submitting it to the community and a board of developers for review. An EIP's technical changes must be approved to become part of an update. EIPs also conform to a specific numbering system, and the Shanghai upgrade is known as EIP 4895.

How Will Ethereum's Shanghai Update Affect Me?

The exact effects of the Shanghai update will depend on your situation. If you've staked ETH directly with Ethereum or through a staking product, you'll now be able to withdraw your funds. Note that not everyone staked 32 ETH directly, and many staked smaller amounts on liquid staking platforms.

For traders, one of the biggest questions will be the possible effect on ETH's price. There's, of course, no certain answer here. As of writing, 13.81% of all ETH tokens are staked, according to Staking Rewards. With withdrawals allowed, that unlocks a significant amount of liquidity, and staked ETH owners now have the power to withdraw and sell their staked holdings. For many traders and investors, the percentage of coins staked out of the total supply will be something to monitor.

On the other hand, staking on ETH may be more attractive to users due to its improved liquidity. Those who didn't want to use liquid staking protocols will now have the chance to stake ETH directly with Ethereum. This could lead to demand for ETH due to the improved staking conditions.

For users holding native tokens of liquid staking platforms, there may also be an effect on their price. The reasoning is that Ethereum's opening of withdrawals removes the unique functionality liquid ETH staking offers.

On the whole, enabling withdrawals from staking promotes a freer ETH market, where it becomes possible for ETH holders to react to staking demand and supply in order to achieve market equilibrium. This should be seen as a positive effect because it reduces artificial control effects on the price and circulation of ETH.

The Shanghai update enables a crucial feature for Ethereum stakers or those considering staking. Along with Ethereum's Merge, it's one of the most anticipated features for users who have patiently waited for a fully-functional Proof of Stake mechanism. While its potential effects on the market are uncertain, anyone exposed to ETH would do well to understand the update and what it offers.