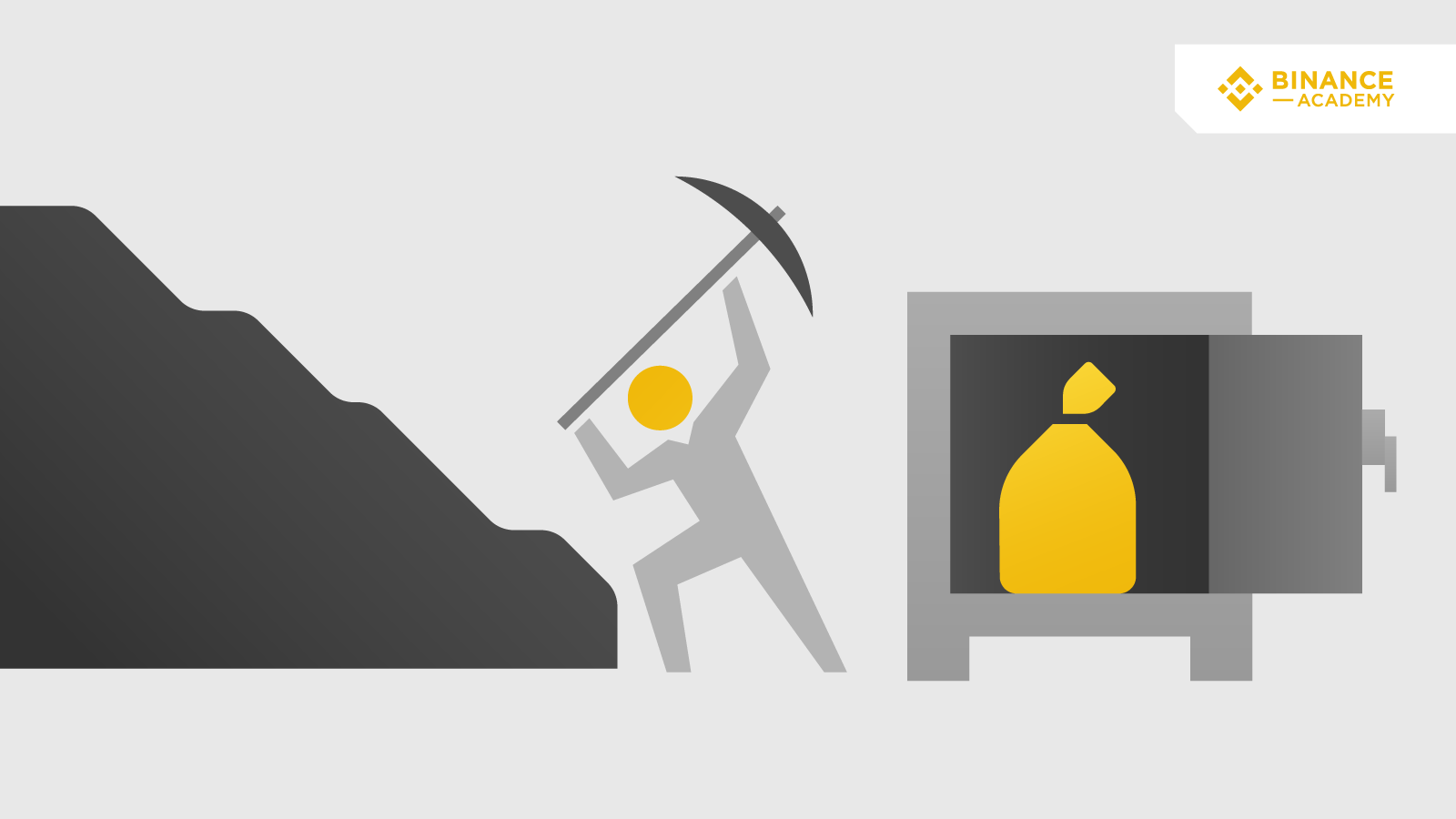 Intermediate
Published Mar 25, 2019Updated Dec 10, 2020
9m
Author: Richard Red, Decred contributor.
A blockchain’s consensus mechanism serves to ensure that there is agreement among participants on the current state of the blockchain. The consensus mechanism determines who is able to add new blocks of transactions, and one of its primary aims is to ensure that the chain is not re-written.

If an entity controls enough hashing power to surpass the “honest chain,” it can re-write (or reorganize) the blockchain by mining on an “old” block instead of on the latest block. Here’s a simplified account of this kind of attack, also known as a 51% attack:
The attacker spends in block X by sending to an exchange, then starts mining a parallel chain in private (blocks are not broadcast to the network). Once the required number of confirmations have passed, the attacker trades the coins for something else and withdraws that from the exchange. When the withdrawal clears, they release the parallel chain, and if it has more PoW (blocks) than the original chain, the network will accept it as the legitimate chain and the version of history represented by the original chain (including the attacker’s deposit) will disappear. The attacker is then free to spend these coins again.
As miners are the only entities that can directly add blocks to the chain in pure PoW cryptocurrencies, this grants them a strong role in governance. For any change to the network’s consensus rules to be adopted, it must have the support of a majority of hash power. “Soft forks” require enough miners to recognize a new rule set so users can transact and expect their transactions to be properly processed and included in blocks. “Hard forks” would split the network into two components, and by the commonly accepted rule of “the chain with most PoW is the right chain to follow,” miners would decide which one is accepted as legitimate.

Proof of Stake consensus is an alternative method of deciding who can add new blocks and verify the current state of the blockchain. Instead of miners competing to solve a problem, with proof of stake, the next block producer is determined by some process based on the number of coins held in wallets (or “staked”). This process trusts that those with the most stake will make responsible decisions for the entirety of the network.
Proof of Stake consensus eliminates the need for energy-intensive mining, but the lack of significant energy expenditure creates another problem, sometimes referred to as “nothing at stake.” In the case of a forked chain, PoS forgers (“forging” is generally used instead of “mining”) are incentivized to validate blocks on both chains because it costs them very little to work on an extra chain and they can collect rewards on both chains. This is a problem for the network because there is only supposed to be one chain and agreeing on the state of that single chain is the whole purpose of the consensus mechanism.

The objective of hybrid Proof of Work and Proof of Stake systems is to capture the benefits of the respective approaches and use them to balance each other’s weaknesses. Decred is among the few cryptocurrencies to utilize both PoW and PoS in recognizable forms and merge them together to produce a multi-factor or hybrid consensus mechanism.
“Masternode coins” are, in some senses, also hybrids, in that they have a recognizable Proof of Work component that performs a similar role as in Bitcoin, and an additional role for special nodes. There is typically a requirement that these special nodes hold a certain amount of the currency as collateral, to demonstrate that they can be trusted to act in the network’s best interests, which is similar to the rationale for Proof of Stake. Dash is the original masternode coin and refers to this model as Proof of Service. This article focuses on hybrids with a Proof of Stake component, and will not consider the array of coins which emulate masternodes or Proof of Service.
Decred’s PoW component works similar to other PoW-based projects and uses the Blake-256 hash function. Decred’s PoS component, and the way it is woven into the chain, is quite unique and worthy of further explanation.

When a PoW miner finds a valid block, they broadcast it on the network, but in order for that block to be considered valid, it must include votes by at least 3 of 5 randomly selected tickets. PoS voters keep wallets open and ready to respond with votes when their tickets are called (or they engage Voting Service Providers to do this on their behalf). When a PoS ticket is called to vote and responds, its owner receives a reward.
When tickets are called, they vote to accept or reject the regular transactions of the previous block. Nodes on the network will not recognize a new block as valid until it includes at least 3 votes. If a majority of the tickets called to vote reject the previous block’s transactions, then they are returned to the mempool. These regular transactions include the PoW miner’s reward, but not the PoS voters’ reward. 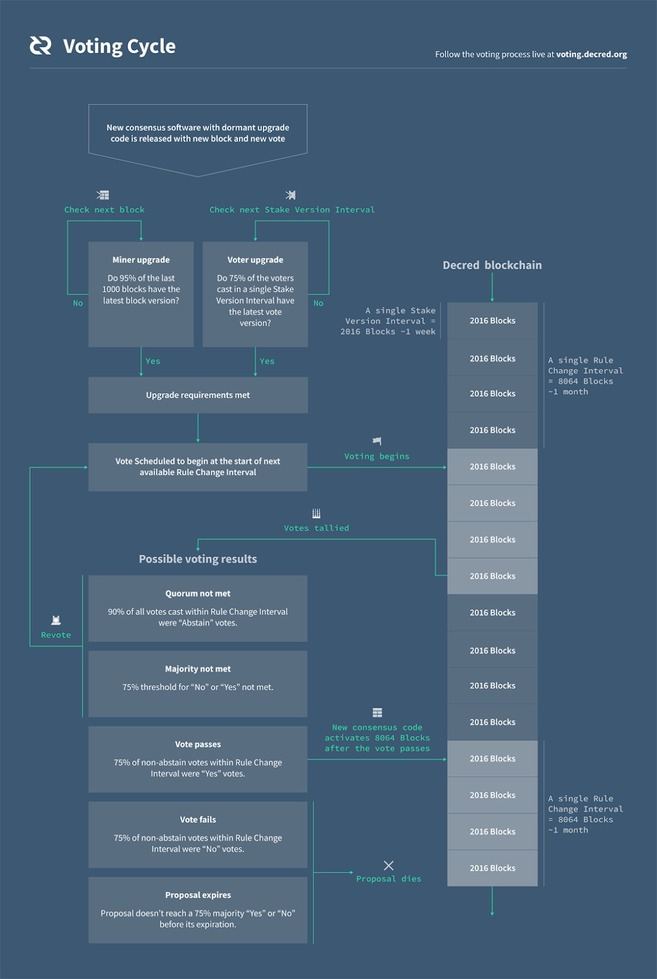