How Blockchain Technology Will Impact the Banking Industry
Πίνακας περιεχομένων
How can blockchain change the current banking landscape?
What are the main benefits of blockchain for banking and finance?
Quick settlement of funds using blockchain
Fundraising directly on the blockchain
Asset tokenization on the blockchain
Lending money using the blockchain
Blockchain’s impact on global trade finance
Safer agreements through smart contracts
Data integrity and security enabled by blockchain
Closing thoughts
Blockchain
Economics
Use Cases 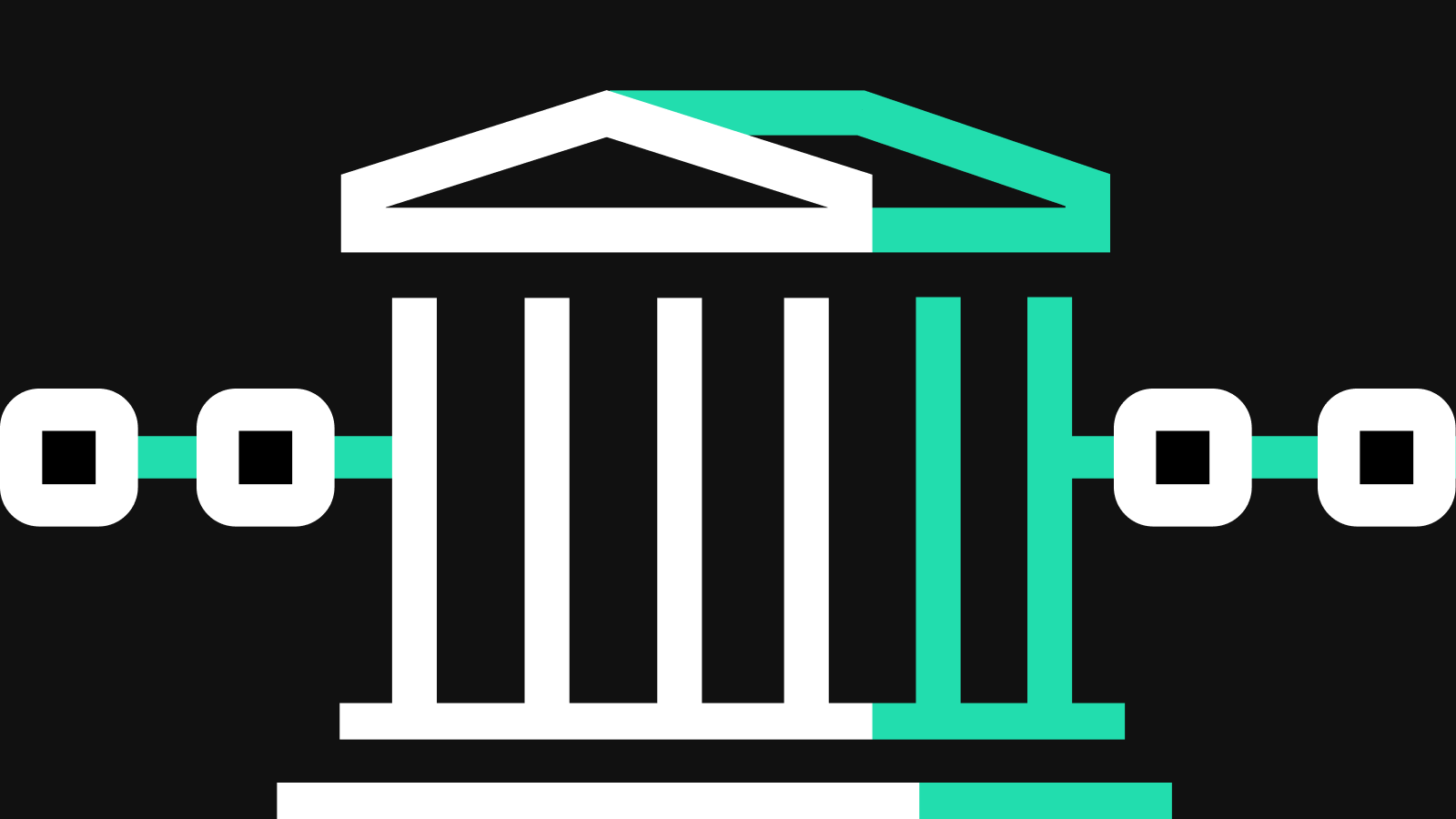 How Blockchain Technology Will Impact the Banking Industry

How can blockchain change the current banking landscape?

Banks often act as middlemen within the global economy by managing and coordinating the financial system through their internal ledgers. Since these ledgers aren’t available for the public to inspect, it forces trust in banks and their often outdated infrastructure.

Blockchain technology has the potential to disrupt not only the world’s currency market, but also the banking industry as a whole by cutting out these middlemen and replacing them with a trustless, borderless, and transparent system that is easy to access by anyone.

Additionally, thanks to the innovative nature of blockchain, the ways that the newly available financial building blocks can interact with each other can potentially lead to entirely new types of financial services.

What are the main benefits of blockchain for banking and finance?

Sending money in the current banking system can be a lengthy process, can come with various fees for both banks and customers, and might require additional verification and administration. In the age of instant connectivity, the legacy banking system hasn’t been able to keep up with the rest of the technological developments.

Blockchain technology provides a faster method of payment with lower fees that is available round the clock, without borders, and with the same security guarantees that the legacy system can offer.

If you would like to read more on the subject, we recommend reading our Blockchain Use Cases: Remittance article.

Fundraising directly on the blockchain

Historically, entrepreneurs who were looking to raise money depended on outside financiers, like angel investors, venture capitalists, or bankers. This can be a rigorous process requiring lengthy negotiations about valuation, equity splits, company strategy, and many more.

Initial Coin Offerings (ICO) and Initial Exchange Offerings (IEO) offer emerging projects the opportunity to raise funds without the need for banks and other financial institutions. Powered by blockchains, ICOs allow companies to sell tokens in exchange for funding with the assumption that the tokens will generate a return for investors. Traditionally, banks have charged massive fees for facilitating business securitization and Initial Public Offerings (IPO), but blockchain technology can help avoid those fees.

It is important to note that while ICOs have the potential to democratize fundraising, they do come with several issues of their own. The relative ease of setting up an ICO has allowed projects to raise significant amounts of funds without any formal or concrete requirement for actually delivering on their promises. The ICO market remains mostly unregulated, and as such, carries a significant financial risk for prospective investors.

Asset tokenization on the blockchain

Buying and selling securities and other assets, such as stocks, bonds, commodities, currencies, and derivatives requires a complex, coordinated effort between banks, brokers, clearinghouses, and exchanges. This process not only has to be efficient, but it also needs to be accurate. Added complexity directly corresponds with increased time and cost.

Blockchain technology simplifies this process by providing a technological base layer that enables the easy tokenization of all types of assets. Since most financial assets are bought and sold digitally through online brokers, tokenizing them on the blockchain seems like a convenient solution for all involved.

Some innovative blockchain companies are investigating tokenizing real-world assets, such as real estate, art, and commodities. This would make transferring ownership of assets that hold real-world value a cheap and convenient process. It would also open up new avenues for investors with limited capital by enabling them to buy fractional ownership of expensive assets - investment products that might have been unavailable to them previously.

Banks and other lending firms have monopolized the lending sector, allowing them to offer loans at relatively high interest rates, and restrict access to capital based on credit scores. This makes the process of borrowing money lengthy and expensive. While banks have the advantage, the economy depends on banks providing the necessary funds for higher-cost items, such as cars and houses.

Blockchain technology allows anyone in the world to participate in a new type of lending ecosystem, which is part of the movement often referred to as Decentralized Finance (DeFi). To create a more accessible financial system, DeFi aims to put all financial applications on top of blockchains.
Peer-to-peer money lending, enabled by blockchain, allows anyone to borrow and lend money in a simple, secure, and inexpensive way with no arbitrary restrictions. With a more competitive lending landscape, banks will also be forced to offer better terms to their customers.

Engaging in international trade is extremely inconvenient due to a large number of international rules and regulations imposed on importers and exporters. Keeping track of goods and moving them through each stage still requires manual processes, filled with hand-written documentation and ledgers.

Blockchain technology allows trade finance participants to provide a higher level of transparency through a shared ledger that accurately tracks goods moving around the globe. By simplifying and streamlining the complex world of trade finance, blockchain technology can save importers, exporters, and other businesses a significant amount of time and money.

Contracts exist to protect people and businesses when they enter into agreements, but that protection comes at a high cost. Due to the complicated nature of contracts, the process of creating one requires a lot of manual work from legal experts.

Smart contracts enable the automation of agreements through tamper-proof, deterministic code that is running on the blockchain. Money can safely stay in escrow and is only released when certain conditions of the agreement are fulfilled.

Smart contracts substantially reduce the element of trust needed to reach an agreement, minimizing the risks of financial agreements and the odds of ending up in court.

Sharing data with trusted intermediaries always carries a risk of the data being compromised. In addition to that, many financial institutions still use paper-based storage methods, which increase recordkeeping costs significantly.

Blockchain technologies enable streamlined processes that automate data verification and reporting, digitize KYC/AML data and transaction history, and allow the real-time authentication of financial documents. This helps reduce operational risks, risk of fraud, and decreases the cost of handling data for financial institutions.
If you would like to read more on the subject, we recommend reading our Blockchain Use Cases: Digital Identity article.

The banking and financial industry is one of the major sectors that is going to be impacted by blockchain. The potential use cases are plenty, from real-time transactions to tokenization of assets, lending, smoother international trade, more robust digital agreements, and many more.

Solving all the technological and regulatory hurdles required to fully realize the potential of this new financial infrastructure seems only to be a matter of time.

A banking and financial stack based on a trustless, transparent, and borderless base layer is prone to be effective in enabling a more open and interconnected economy.