What Is Spoofing in the Financial Markets?
সুচিপত্র
Introduction
What is spoofing?
How markets typically respond to spoofing
When is spoofing less effective?
Is spoofing illegal?
Why spoofing is bad for the markets
Closing thoughts
Trading
Economics 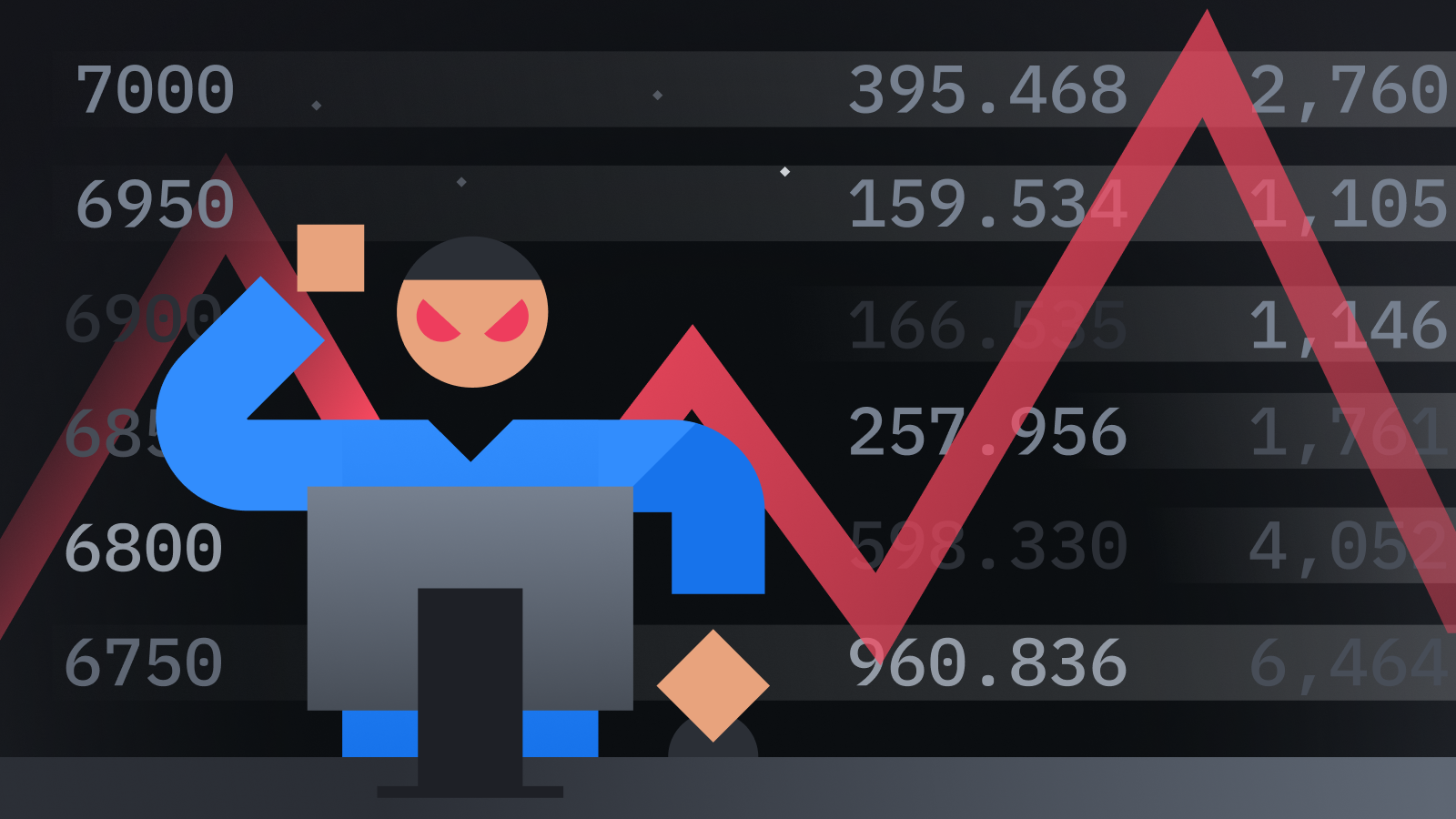 হোম
নিবন্ধ
What Is Spoofing in the Financial Markets?

What Is Spoofing in the Financial Markets?

Spoofing is a form of market manipulation where a trader places fake buy or sell orders, never intending for them to get filled by the market. Spoofing is usually done using algorithms and bots in an attempt to manipulate the market and asset prices by creating a false sense of supply or demand.

Spoofing is illegal across many major markets, including the United States and the United Kingdom.

Many often talk about how large traders and whales manipulate the markets. While much of these theories can easily be disputed, there are some well-known methods of market manipulation that require large holdings. One of these is a technique called spoofing.

The main idea behind spoofing is trying to create a false impression of buy or sell pressure. For example, a spoofer may set a large number of fake buy orders to create a false sense of demand at a price level. Then, as the market gets close to the level, they pull the orders, and the price continues to the downside.

How markets typically respond to spoofing

The market often reacts strongly to spoof orders because there isn’t a great way of telling if it is a real or a fake order. Spoofing can be especially efficient if the orders are placed at key areas of interest for buyers and sellers, such as significant support or resistance areas.

Let’s take Bitcoin as an example. Let’s assume Bitcoin has a strong resistance level at $10,500. In technical analysis, the term resistance means an area where price finds a ‘ceiling’. Naturally, this is where we may expect sellers to place their bids to sell their holdings. If the price gets rejected at a resistance level, it can fall steeply. However, if it breaks out of the resistance, then there is a higher probability of continuation to the upside.

If the $10,500 level seems like strong resistance, bots are likely to place spoof orders slightly above it. When buyers see massive sell orders above such an important technical level, they may become less encouraged to aggressively buy into the level. This is how spoofing can be effective in manipulating the market.

One thing to note here is that spoofing can be effective between different markets that all are tied to the same underlying instrument. For example, large spoof orders in the derivatives market could affect the spot market of the same asset and vice versa.

When is spoofing less effective?

Spoofing can become riskier when there is a higher probability of unexpected market movements.

For instance, let’s assume a trader wants to spoof sell a resistance level. If there is a strong rally taking place and the Fear Of Missing Out (FOMO) among retail traders suddenly drives massive volatility, the spoof orders can quickly fill. This is obviously not ideal for the spoofer, as they didn’t intend to enter the position. Similarly, a short squeeze or a flash crash can fill even a large order in a matter of seconds.

Spoofing is illegal in the United States. The U.S. Commodity Futures Trading Commission (CFTC) is responsible for overseeing spoofing activities in the stock and commodities markets.

In the U.S., spoofing is illegal under the Dodd-Frank Act of 2010 Section 747. The section says the CFTC can regulate an entity that:

demonstrates intentional or reckless disregard for the orderly execution of transactions during the closing period; or is, is of the character of, or is commonly known to the trade as, ‘spoofing’ (bidding or offering with the intent to cancel the bid or offer before execution).

It’s difficult to categorize canceled bids in the futures market as spoofing unless the action becomes highly repetitive. This is why regulators may also consider the intent behind the orders before they move to fine, charge, or inquire about potential spoofing behavior.

Other major financial markets, such as the U.K., also regulate spoofing. The Financial Conduct Authority (FCA) of the U.K. is permitted to fine traders and institutions responsible for spoofing.

Why spoofing is bad for the markets

So, spoofing is illegal and generally has a detrimental effect on the markets, but why? Well, spoofing may cause price changes that otherwise aren’t reflected in supply and demand. Meanwhile, as spoofers are in control of these price movements, they can profit off of them.

Regulators in the U.S. have also expressed concerns about market manipulation in the past. As of December 2020, the U.S. Securities and Exchange Commission (SEC) has rejected all Bitcoin exchange traded fund (ETF) proposals. When approved, an ETF allows more traditional investors in the U.S. to get exposure to an asset, such as Bitcoin. There are usually several factors mentioned for rejecting the proposals – one of these is that they don’t consider the Bitcoin market immune to market manipulation.

This, however, may be changing as the Bitcoin markets enter into a new phase of maturity with increased liquidity and institutional adoption.

Spoofing is a market manipulation technique that involves setting fake orders. It can be difficult to consistently identify, albeit not impossible. Evaluating whether removing buy or sell orders falls under spoofing requires a thorough analysis of the intent behind the orders.

Minimizing spoofing is desirable in any market, as it helps maintain a balanced environment for everyone involved. Since regulators frequently list market manipulation as a reason behind the rejection of Bitcoin ETFs, efforts to minimize spoofing could benefit the cryptocurrency market over the long run.