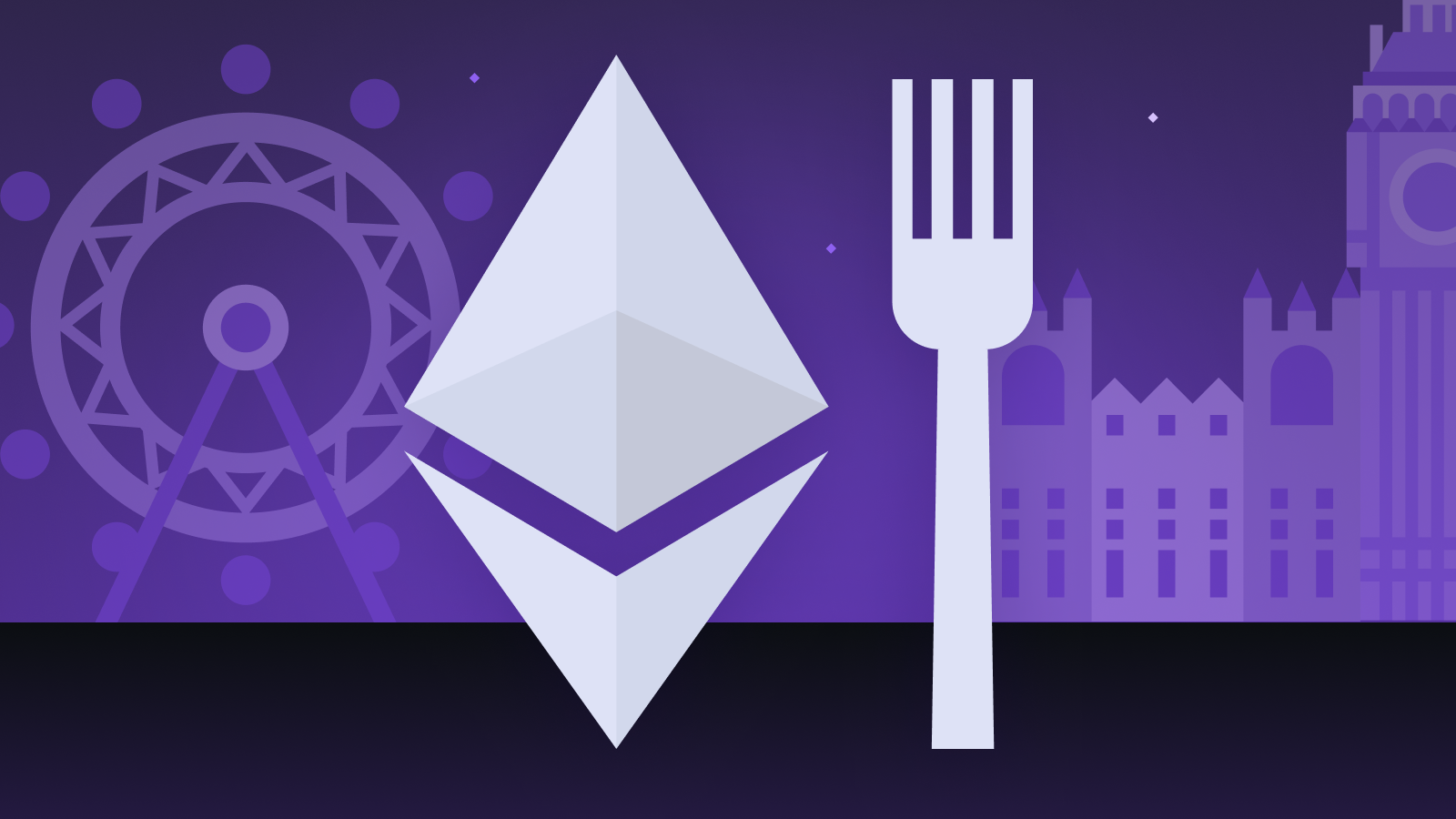 Acasă
Articole
What Is the Ethereum London Hard Fork?

What Is the Ethereum London Hard Fork?

To coincide with the planned release of Ethereum 2.0, developers delayed an intentionally built-in event known as the difficulty time bomb. This will encourage miners to switch from Proof of Work (PoW) to Proof of Stake (PoS).

Ethereum’s London hard fork is an update to the Ethereum blockchain, coming after the April 2021 Berlin hard fork. The London update made significant changes to Ethereum’s transaction fee system, which had long been a contentious subject. The update also made preparations for the planned Ethereum 2.0 release by making adjustments to its consensus model.

London, however, is considered controversial by some due to the significant changes it has on crypto transaction fees and mining. The exact effects the changes will have for users and miners aren’t fully known, but they will be temporary because Ethereum 2.0 is coming soon.

Ethereum’s London update is a hard fork introducing two new Ethereum Improvement Proposals (EIP). With the release of Ethereum 2.0 (Serenity) planned for 2022, the London update made some preparations for a move over to Proof of Stake. Miners have seen a slow down in the increasing difficulty of mining to coincide with Serenity. As London is a hard fork, all nodes had to use the new rules and latest version to continue mining and validating.

The most significant change was to transaction fees, including a new deflationary mechanism. Previously, users entered a bid to pay their gas fees. Miners would prioritize transactions based on the fee added and use the fee as a reward for adding it to a block. Now, each block has a fixed, associated fee instead. This change comes as a result of EIP-1559, included in the London update along with EIP-3238.

What is an EIP?

Ethereum Improvement Proposals (EIP) are technical specifications that outline new features for the Ethereum blockchain. Developers create their proposals alongside suggestions from the Ethereum community. Anyone can make an EIP and submit it for discussion before the community accepts the proposal.

Each EIP follows guidelines laid out in EIP1:

“The EIP should provide a concise technical specification of the feature and a rationale for the feature. The EIP author is responsible for building consensus within the community and documenting dissenting opinions.”

An EIP author needs to follow a set process before approving the EIP, involving peer review and drafts. Once the community is happy with the proposal, they can then add it to a release.

EIP-1559 is a change to the way users pay gas fees on the Ethereum network. This EIP was created by Ethereum’s founder, Vitalik Buterin, and a team of other developers.

Over time, the average fee paid by Ethereum users became too costly for small transactions. For example, if the network fee is around $20 (USD), sending $20 worth of Ether (ETH) or another digital asset is not worth it. These high fees make the network less attractive, especially for beginners.

EIP-1559 proposed a new transaction pricing mechanism that creates a base fee for each block. The blockchain burns the fee, reducing the overall supply of Ether (ETH). This effect will create deflationary pressure on the cryptocurrency.

The base fee changes for each block depending on network demand. If a block becomes more than 50% full with transactions, the base fee increases and vice versa. This mechanism attempts to keep a half-full equilibrium level for the majority of blocks.

You can also add a tip for miners as an incentive to skip the queue for your transaction. However, Ethereum attempts to keep blocks around 50% full even without tips. With a lot of space available in each block, the tip will most likely only need to be small to get to the front of the queue.

However, the blockchain would reach this point too soon. To make sure the network incentivizes validators to Ethereum 2.0’s Proof of Stake consensus model at the correct time, EIP-3238 has delayed the time bomb.

Without this, there could be a chance that miners continue using Ethereum 1.0, similar to the split seen with Ethereum and Ethereum Classic. Delaying the time bomb will lead to a 30-second block time ice age around Q2 of 2022. By this point, the merging of Ethereum 1.0 with Ethereum 2.0 should be complete.

What does the community think?

There has been mixed feelings when it comes to the London network upgrade, mainly concerning transaction fees. Although miners are preparing for an end to Proof of Work with Ethereum 2.0, this update significantly altered the fees miners receive. This reduction may potentially lead to a decrease in the profits that miners make. Another concern is that Ethereum mining could become more centralized. Some argue that only the largest miners with the lowest energy costs will be able to operate at a profit.

While we can’t say for sure, the deflationary mechanisms could raise the price of ETH. Such expectation could be related to the fact that, after the update, Ethereum has begun burning the ETH base fee of all blockchain transactions.

What does the London update mean for users?

Similar to Bitcoin, the old mechanism worked similarly to a bid. The more you paid for transaction fees (or gas costs), the more likely your transaction was picked quickly and validated by miners. After the London update, you no longer need to select the gas price you pay when making Ethereum transactions.

Instead, you simply see the base fee, plus an option to tip the miner. However, the base fee can change between when you submit a transaction and when it’s added to a block. To avoid this, you can set a fee cap as the maximum you wish to pay. If a miner includes your transaction in a block where the base fee is smaller than your fee cap, the network will refund the difference.

London is one of the significant updates we’ve seen regarding how users interact with Ethereum. Many previous updates have changed a lot of systems that we don’t usually see when using Ethereum. Now, the likelihood of a decrease in transaction prices and times is much more likely, but still not guaranteed.

Nevertheless, the PoS transition of Ethereum 2.0 is planned for 2022, so the implementation of the London hard fork is still time-limited and temporary.