What Are Soulbound Tokens (SBT)?
Πίνακας περιεχομένων
Introduction
What are SBTs?
How can SBTs be used?
How do SBTs work in Web3?
What are examples of SBTs in action?
Closing thoughts
Use Cases
NFT
Altcoin 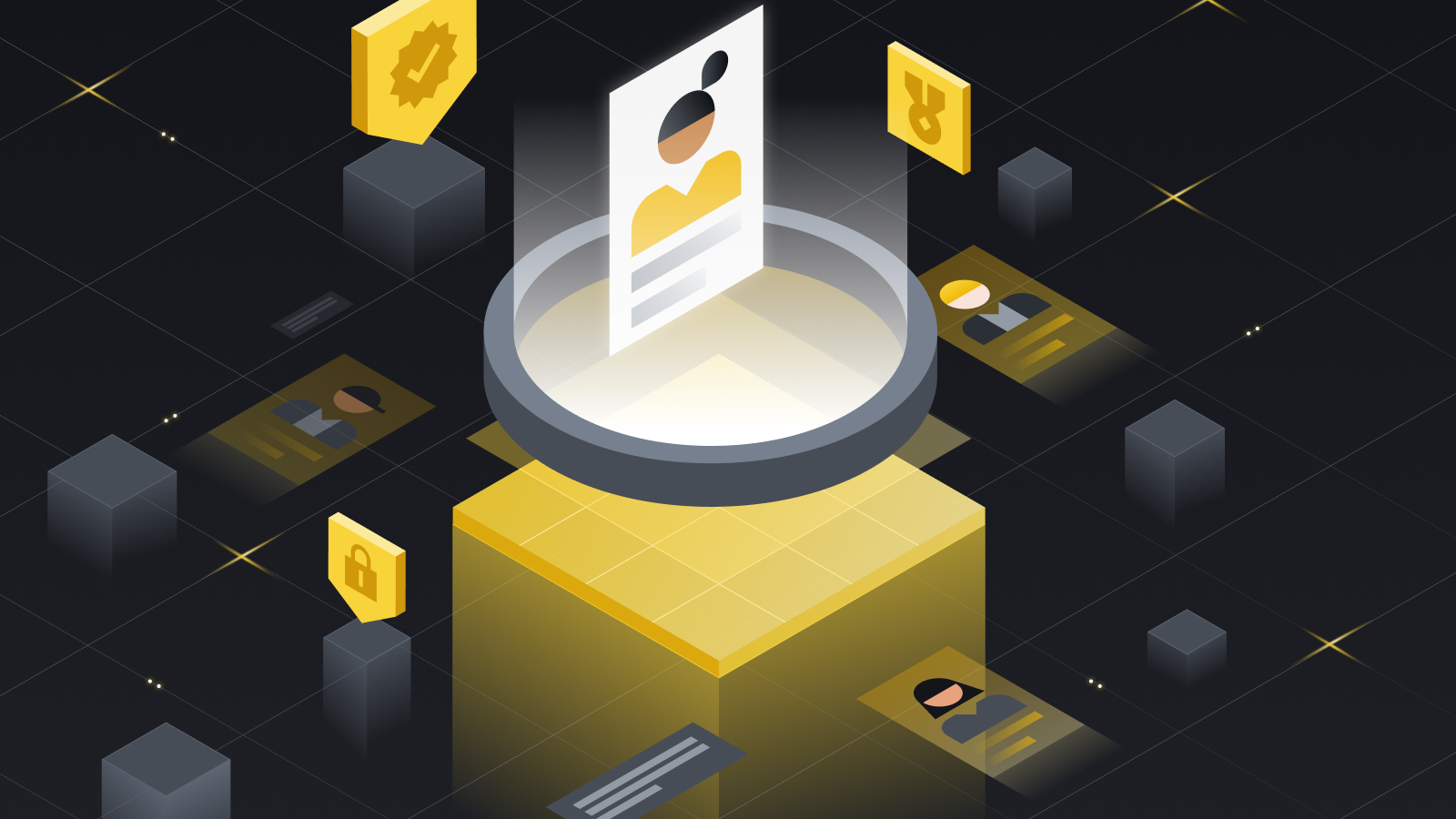 What Are Soulbound Tokens (SBT)?

Soulbound Tokens (SBTs) are digital identity tokens that represent the traits, features, and achievements that make up a person or entity. SBTs are issued by “Souls,” which represent blockchain accounts or wallets, and cannot be transferred.

Soulbound Tokens (SBT) is a concept proposed in May 2022 by Ethereum cofounder Vitalik Buterin, lawyer Puja Ohlhaver, and E. Glen Weyl, an economist and social technologist.

The whitepaper, entitled “Decentralized Society: Finding Web3’s Soul,” lays out the foundation of a fully-decentralized society (DeSoc) governed by its users and how Soulbound tokens (SBTs) can function as the credentials we use in everyday life.

Soulbound tokens (SBTs) are non-transferable tokens representing a person’s identity using blockchain technology. This could include medical records, work history, and any type of information that makes up a person or entity. The wallets that hold or issue these records are called “Souls.”

People could have multiple wallets (or Souls) representing different parts of their lives. For example, someone could have a “Credentials Soul” for their work history and a “Medical Soul” for their health records. Souls and SBTs would allow people to build a verifiable, digital Web3 reputation based on their past actions and experiences.

On the other hand, Souls can represent an entity that allocates SBTs. For example, companies can be Souls, issuing SBTs to each employee. A digital country club could issue SBTs to verify membership status.

The logic behind soulbound originates from the popular online game World of Warcraft.

Now, imagine this idea but applied to non-fungible tokens (NFTs). Today, most NFTs are ownership certificates for digital art or collectibles, such as Bored Ape Yacht Club. People will buy, trade, or show off NFTs as a symbol of status and wealth.

SBTs aim to turn the NFT concept into something beyond money and bragging rights, a token that is both one-of-a-kind and non-transferable. While NFTs represent assets and property, an SBT represents a person or entity’s reputation. And unlike an NFT, SBTs hold zero monetary value and cannot be traded once issued to someone’s wallet.

How can SBTs be used?

SBTs have a wide range of potential use cases. Here are some examples that could potentially find use in everyday life.

1. Education history – When people graduate from university, they receive a certificate proving completion of the required courses. The university could be a Soul issuing the SBTs, and the students would be Souls on the receiving end. The SBT would store the student’s credentials, proving they hold the relevant qualifications and are a member of the university. Simply put, the SBT would function as proof of attendance.

2. Job applications – In theory, job applicants could submit all their prior work history and professional certificates using official SBTs issued by previous companies and institutions. The SBTs would function as proof of skill certificates.

3. Health records – Switching doctors or healthcare providers could be accelerated using an SBT that holds a person’s medical records. Hypothetically, the SBT would replace the often slow process of filling out paperwork, verifying your medical history, and going back and forth with someone on the phone.

How do SBTs work in Web3?

Trust is one of the main challenges affecting the Web3 industry. How can you trust a person’s reputation in a system designed to be trustless? Let’s use lending money as an example. Similar to traditional bank credit scores, SBTs could track a user’s DeFi borrowing history as well as other metrics that determine their risk profile.

SBTs are also a proposed alternative for decentralized autonomous organization (DAO) voting. Instead of the current governance model, which is based on how many tokens a member holds, DAOs could issue SBTs that assign voting power based on users’ interactions with the community. This model would prioritize voting power for the most dedicated users with a strong reputation.

Besides creating a reputation-based voting system, SBTs may potentially improve the integrity of DAO voting — namely, defending against Sybil attacks — one of the biggest threats to the current DAO governance model.

During a Sybil attack, an individual or a group of bad actors overthrow a DAO by purchasing the majority of governance tokens. Those with majority voting power can manipulate voting proposals and steer the project’s direction in their favor. The public and verifiable nature of SBTs could help detect and prevent bad actors from entering the DAO and, in turn, deter corruption and Sybil attacks from occurring.

What are examples of SBTs in action?

As of August 2022, SBTs only exist on paper. Glen Weyl, one of the co-authors who contributed to the original SBT whitepaper, believes there will be early SBT use cases by the end of 2022.

Binance also recently announced its own SBT called Binance Account Bound (BAB). The BAB token is non-transferable, has no monetary value, and is the first-ever SBT issued on the BNB Chain. BAB aims to tackle identity verification issues in Web3, serving as a digital verification tool for Binance users who have completed KYC.

In addition to the Binance ecosystem, third-party protocols will be able to use BAB tokens to airdrop NFTs, prevent bot activity, and facilitate DAO governance voting, among other use cases.

SBTs have become a hot topic in Web3. In theory, SBTs could allow people to establish their own digital reputation and assess someone else’s on the blockchain. It remains to be seen if an SBT can function as Web3’s version of the “identity card.”