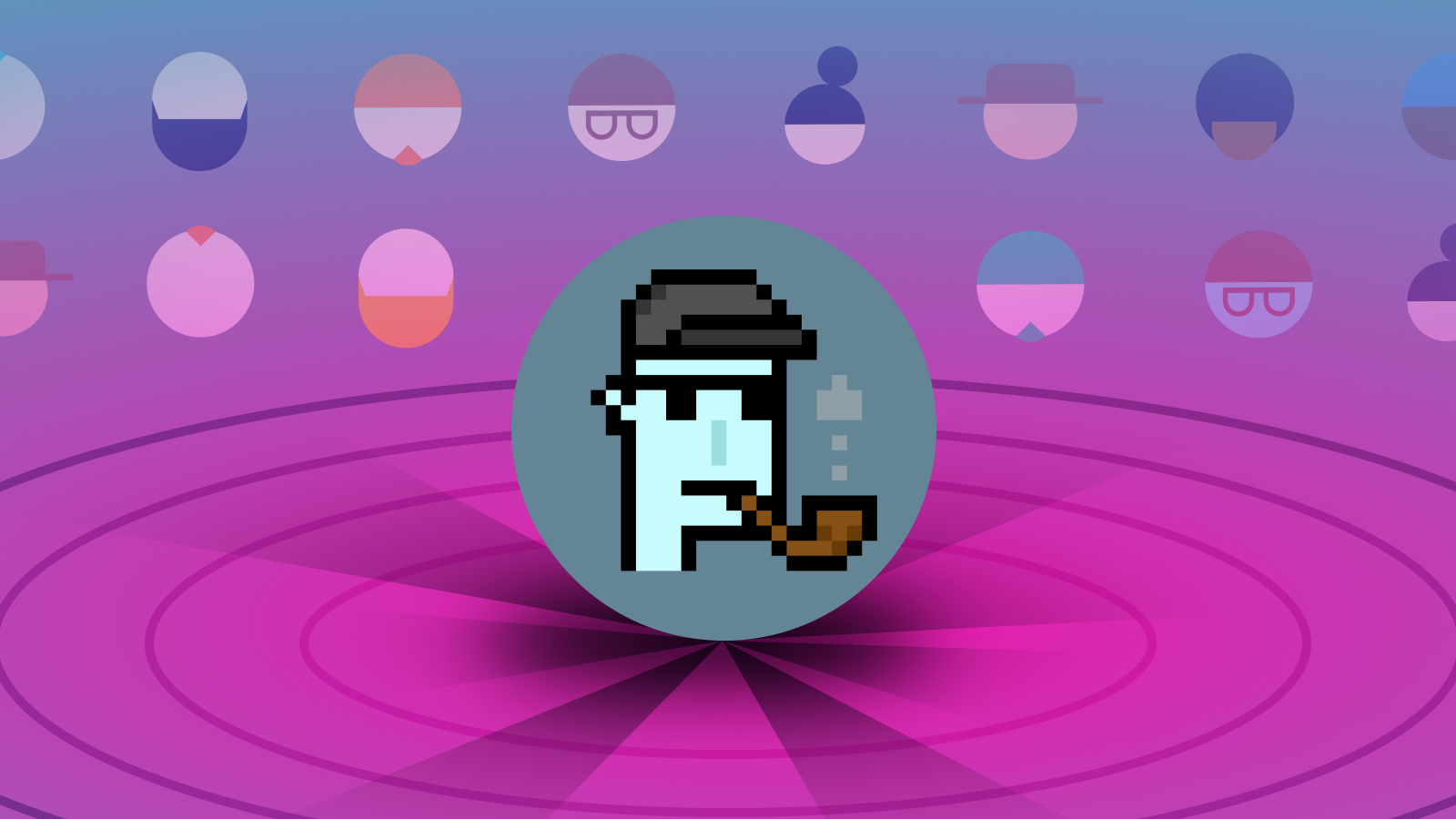 Αρχική σελίδα
Άρθρα
What Are CryptoPunks?

CryptoPunks are collectible pieces of crypto art, represented by NFTs on the Ethereum blockchain. There are 10,000 small, 8-bit-style punks, all with unique features. As one of the first famous NFT projects, they inspired a lot of crypto artists and even the development of the ERC-721 token standard for digital collectibles. The project became more popular in 2021 after some CryptoPunks were sold for millions of dollars, making them some of the most expensive NFTs.

At first glance, these small, pixelated faces in tiny squares don’t look particularly special. Some are smoking pipes. Others have hats. Some are even aliens. But looks can be deceiving when it comes to NFTs.

Just owning one of these funny-looking punks could probably buy you anything from a small apartment to a vast mansion. Limited to 10,000, these 8-bit-style CryptoPunks are a collection of NFTs that are currently in huge demand. They don’t fight, stake, or do anything other than be the little punks they are. CryptoPunks also happens to be one of the first NFT projects to have existed.

CryptoPunks is the brainchild of New York-based Larva Labs, founded by Matt Hall and John Watkinson. The project began in 2017 as an experiment into the value of NFTs and art, ultimately helping to popularize what we know as crypto art today.
They are a type of cryptocurrency but quite different from Bitcoin or BNB. All 10,000 of the punks are unique NFTs on the Ethereum blockchain. 3840 are female, 6039 are male. We also have a few apes, aliens, and zombies in the mix too.

A combination of different attributes mixed together makes sure each one of the 10,000 is entirely unique.

The punks were initially available and distributed for free. All you had to do to get one was pay the associated Ethereum transaction fee.

The popularity of these artworks has skyrocketed since then, along with NFTs in general. Christie’s auction house is even auctioning off collections with estimates that run into the millions.
This pale-looking alien punk with a headband currently holds the record for the highest-selling CryptoPunk at 4200 ETH, roughly $7.58 million at the time of sale in March 2021. In the second place, we have CryptoPunk #7804, which was sold for the same amount of ETH (roughly $7.57 million at the time of sale). The difference is due to rising ETH prices.
In terms of NFTs in general, these two are the second and third most expensive non-fungible tokens ever sold to date. Beeple’s EVERYDAYS: THE FIRST 5000 DAYS currently takes spot number one, selling for $69,346,250. 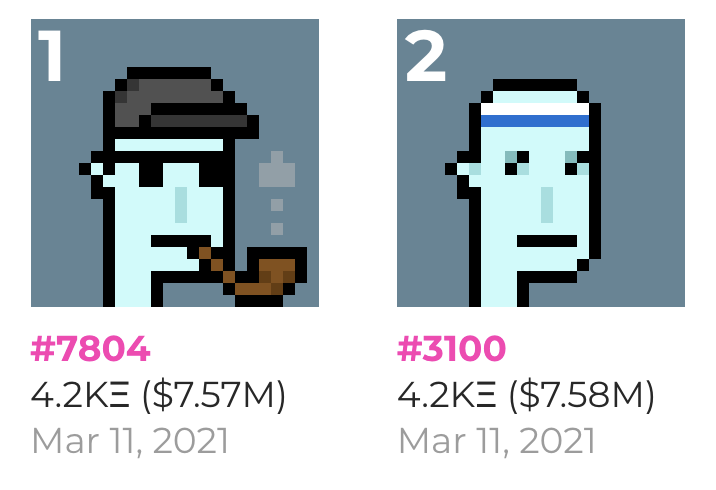 How do CryptoPunks work?

At the time of the project launch, the ERC-721 token protocol that is now used for NFTs didn’t even exist. Larva Labs had to work with what they had: ERC-20.

In a punk fashion, the team ended up modifying the ERC-20 code just enough to produce non-fungible items, acting as an inspiration for the ERC-721 development shortly after.

If we look at the token on Etherscan, we can see the Max Total Supply of 10,000. Although the punks show as ERC-20, they are not identical tokens. 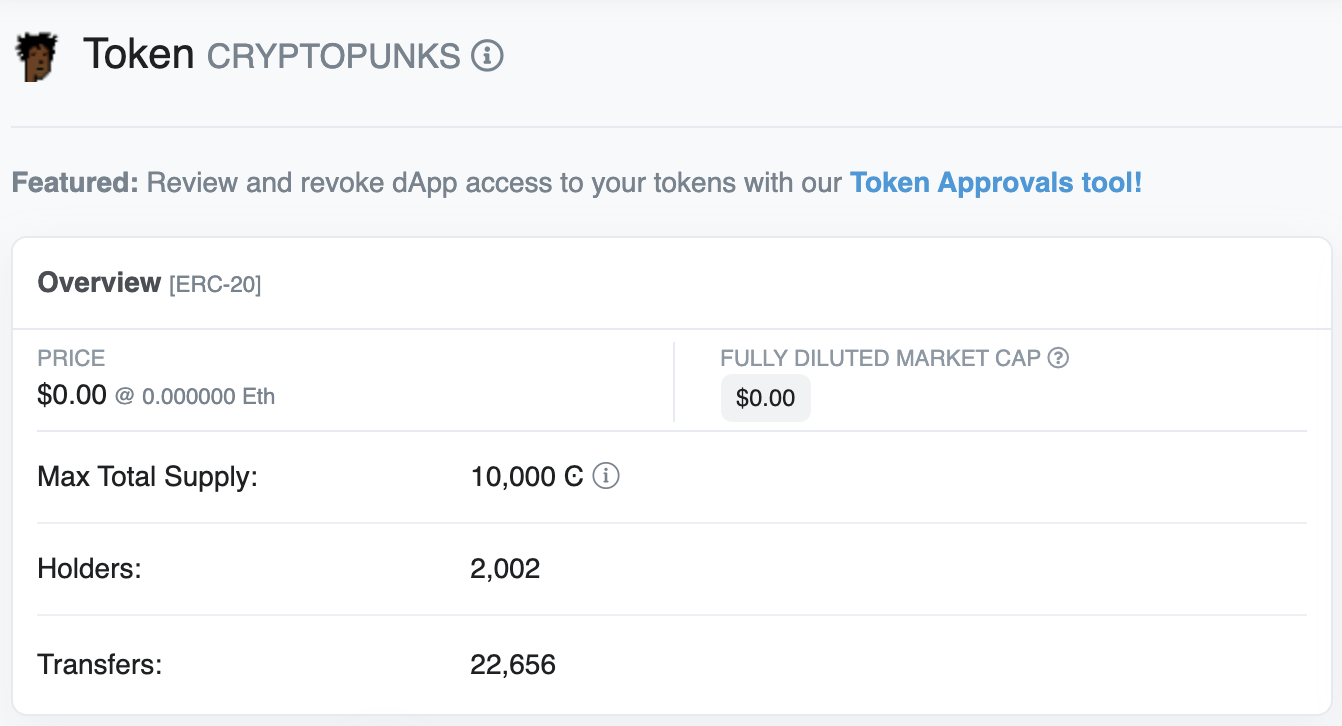 You can determine the authenticity of each CryptoPunk by hashing its reference image and comparing it to a specific image hash in the token’s contract.
As the images are too large to be stored on the blockchain, Larva Labs created a composite image containing all 10,000 punks. A hash of this is present in the CryptoPunks token contract.

How do you know which one you have, though? Well, each punk’s token contains metadata that refers to its position in the composite image. For instance, CryptoPunk #7804 is the 7804th punk in the large, composite image.

Where can I buy CryptoPunks?

CryptoPunks have also made their way onto OpenSea, a leading NFT marketplace on Ethereum. These pixel punks are a little different, however. They have been wrapped into ERC-721 tokens so that they are tradable on NFT marketplaces.
An ERC-721 CryptoPunk can be easily converted back into its original ERC-20 form. The wrapping and unwrapping processes take place on Wrapped PUNKS and can be done with a MetaMask wallet containing a CryptoPunk.

While they’re no longer unique when it comes to NFTs, CryptoPunks at one time were pioneers in pure artistic value on the blockchain. Unlike CryptoKitties, which has gamification elements, each individual punk is nothing more than a simple image. You can still see their massive popularity with the number of projects directly inspired by CryptoPunks.
Decentralized Autonomous Organizations (DAOs), Expla...
Apr 6, 2020
8m
How PoolTogether Turns Saving Money Into a Game
Feb 19, 2020
8m
What Are Decentralized Applications (DApps)?
Jun 17, 2022
11m