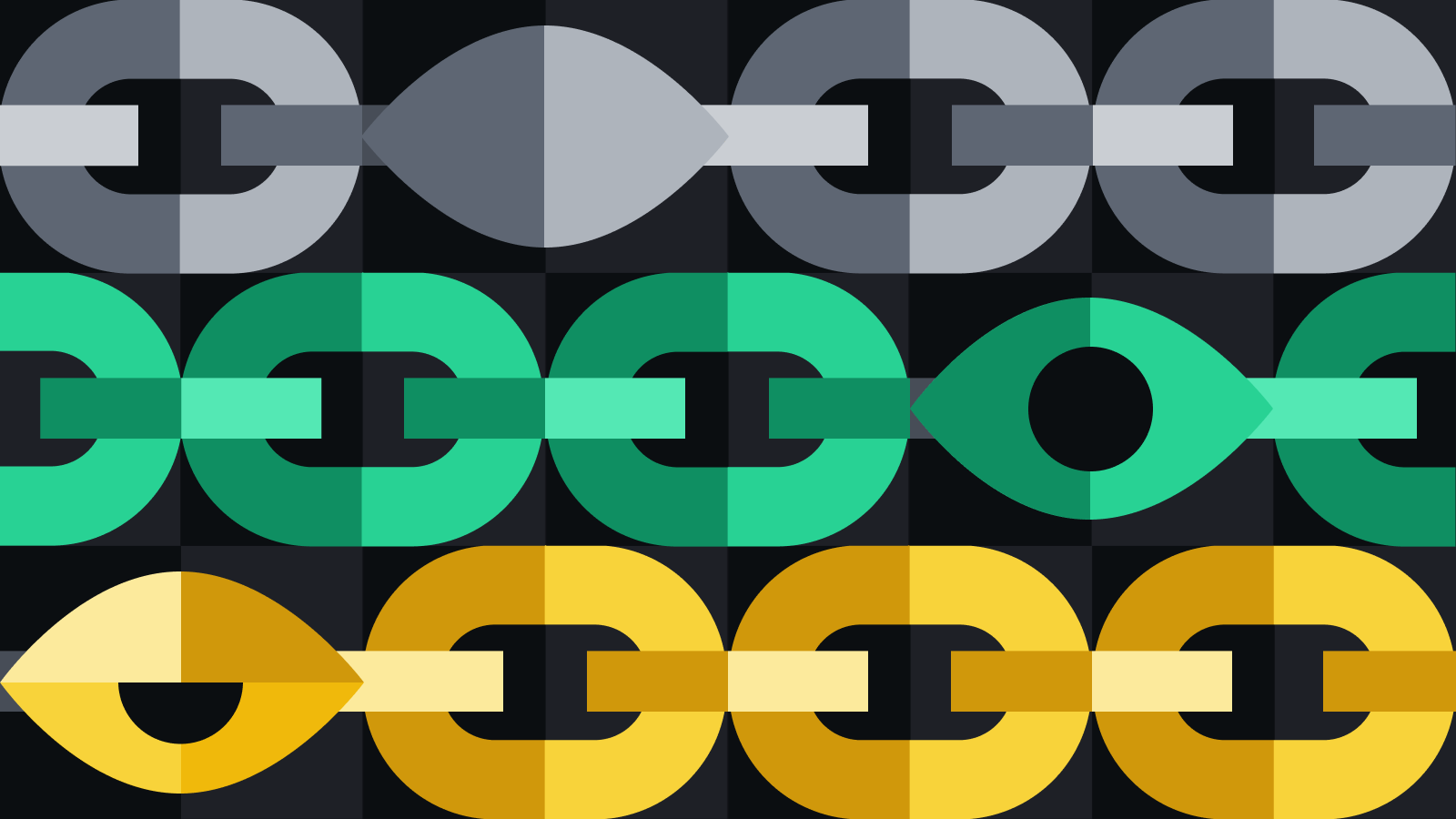 When Bitcoin was launched, it laid the foundations for an industry revolving around the technology that underpins the protocol: blockchain. Eager innovators have now discovered the potential of the tech, and are exploring its applications in every conceivable industry.

Bitcoin is what’s called a cryptocurrency – a form of digital cash not controlled by any single entity. Instead, it uses a combination of distributed database technology, financial incentives, and cryptographic techniques to allow a broad ecosystem to coordinate without leaders or administrators.
The data structure used by the Bitcoin network has generated widespread appeal in the 10+ years since its creation. Now, blockchain technology is being experimented with in sectors ranging from finance and supply chains to legal systems and government.
In case you missed our beginner’s guide to blockchain technology: a blockchain is a simple data structure whose entries cannot be edited, but only extended. It may help to think of it as a spreadsheet, where each cell points back to the previous one, so that any attempt to modify an earlier cell would be immediately apparent. Generally, a blockchain will store information on financial transactions, but it may be used with any kind of digital data.

To carry on with our spreadsheet analogy, the document itself would be held by many parties. Each runs specialized software on their device, which connects with other devices running the software so that all participants are in possession of an up-to-date database.

There is no central source that the participants get this information from (the network is distributed). This means that the propagation of information is slower, but it renders the network stronger in terms of security and redundancy.

In the following piece, we’re going to look at three kinds of blockchains – private, public, and consortium chains. Before that, let's reiterate on some key features that all three have in common:

The table below sums up some of the major differences.

If you’ve used a cryptocurrency recently, chances are you’ve interacted with a public blockchain. These make up the overwhelming majority of distributed ledgers that exist today. We call them public because anyone can view the transactions that take place, and joining is a simple matter of downloading the necessary software.

We often also use the term permissionless alongside public. No gatekeeper can stand in the way of participation, and anybody can engage with the consensus mechanism (for instance, by mining or staking). As anybody is free to join and to be rewarded for their role in achieving consensus, we would expect to see a highly decentralized topology on a network established around a public chain.

In the same vein, we would expect a public blockchain to be more censorship-resistant than a private (or semi-private one). As anyone can join the network, the protocol must incorporate certain mechanisms to prevent malicious actors from anonymously gaining an advantage.

The security-oriented approach on public chains does come with trade-offs on the performance front, however. Many encounter scaling obstacles and throughput is relatively weak. Moreover, pushing changes to a network without splintering it can be a challenge, as it is rare that all participants agree on the proposed changes.

In stark contrast to the permissionless nature of public blockchains, private blockchains establish rules dictating who can see and write to the chain (they’re permissioned environments). These are not decentralized systems, as there is a clear hierarchy with regards to control. They are distributed, though, in that many nodes still maintain a copy of the chain on their machines.

Private chains are better suited to enterprise settings, where an organization wants to enjoy blockchain properties without making their network externally accessible.

Proof of Work is wasteful, but it has proven to be necessary for an open environment, given the security model. In a private blockchain, though, the threats that PoW deters are not as detrimental – each participant's identity is known, and governance is hands-on.
A more efficient algorithm, in this case, is one with appointed validators, which are nodes selected to take on certain functions for transaction validation. Generally speaking, this involves an assortment of nodes that must sign off on each block. Should nodes begin to act maliciously, they can be quickly apprehended and removed from the network. Given the top-down control of the blockchain, it will be easy enough to coordinate a reversal.

The consortium blockchain sits on the fence between public and private chains, combining elements from both. The most notable difference from either system can be observed at the consensus level. Instead of an open system where anyone can validate blocks or a closed one where only a single entity appoints block producers, a consortium chain sees a handful of equally-powerful parties function as validators.

From there, the rules of the system are flexible: the visibility of the chain can be limited to validators, viewable to authorized individuals, or by all. Provided the validators can reach consensus, changes can be easily rolled out. As to the functioning of the blockchain, if a certain threshold of these parties is behaving honestly, the system won’t run into any issues.

A consortium blockchain would be most beneficial in a setting where multiple organizations operate in the same industry, and require a common ground on which to carry out transactions or relay information. Joining a consortium of this kind could be beneficial to an organization, as it would allow them to share insights into their industry with other players.

Fundamentally, public, private, and consortium blockchains are not at odds – they're different technologies:

A myriad of blockchain options exists for individuals and businesses engaging in various activities. Even within the categories of public, private, and consortium blockchains, there are a number of intricacies that lead to different user experiences. Depending on the use case, users will need to select that which is best suited to achieving their own goals.