What Is NEAR Protocol (NEAR)?
Table of Contents
Introduction
What is NEAR Protocol?
How does NEAR Protocol work?
Nightshade Sharding
Rainbow Bridge
Aurora
What is the NEAR token?
How to buy NEAR on Binance?
Closing thoughts
DeFiAltcoin 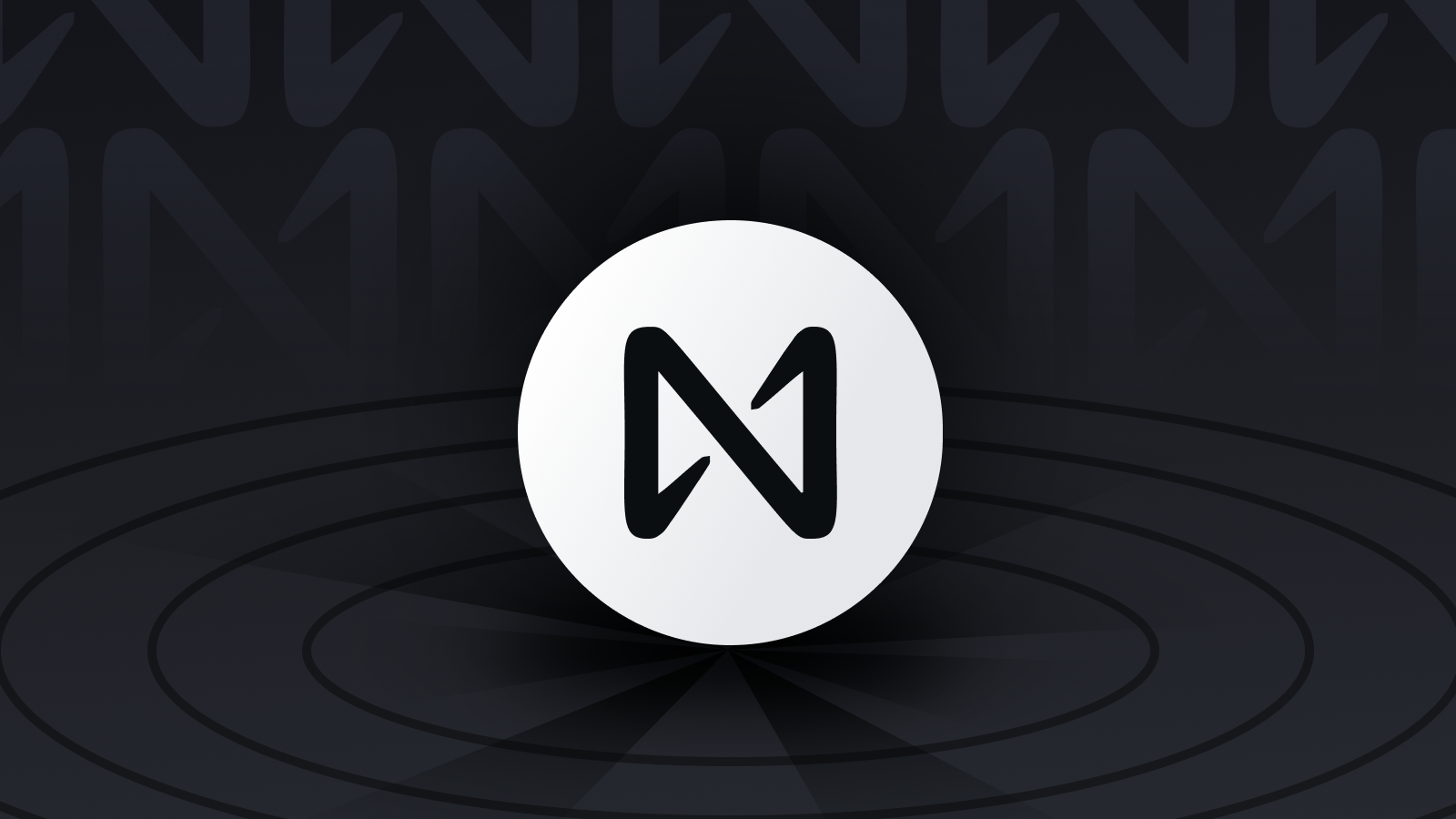 HomeArticles
What Is NEAR Protocol (NEAR)?

What Is NEAR Protocol (NEAR)?

NEAR Protocol is a layer-1 blockchain that uses Nightshade, a unique sharding technology, to achieve scalability. It was launched in 2020 as a decentralized cloud infrastructure to host decentralized applications (DApps).

NEAR offers cross-chain interoperability through the Rainbow Bridge and a layer-2 solution called Aurora. Users can bridge ERC-20 tokens and assets from the Ethereum blockchain to the NEAR Protocol network, which gives them access to higher throughput and lower transaction fees.

NEAR is the native token of the NEAR Protocol. It’s used for paying transaction and data storage fees. NEAR token holders can also stake their tokens on the NEAR wallet to receive rewards or use them to vote for governance proposals.

As cryptocurrencies and blockchain technology became more popular, Bitcoin, Ethereum, and other networks started facing scalability challenges due to increased demand. The growing interest in decentralized applications and non-fungible tokens (NFTs) make these challenges particularly noticeable on the Ethereum blockchain. The network often faces increased gas prices and transaction costs due to heavy traffic, which can be discouraging for many users and developers.

While there are several teams exploring different scaling solutions for blockchain networks, the NEAR Protocol (NEAR) team is focused on addressing the limitations through sharding.

What is NEAR Protocol?

NEAR Protocol is a layer 1 blockchain that uses sharding technology to achieve scalability. NEAR uses smart contracts and adopts the Proof of Stake (PoS) consensus mechanism to secure its network. Built by the NEAR Collective, the NEAR Protocol was co-founded by Alex Skidanov and Illia Polosukhin in 2020. The project is being developed as a community-operated cloud infrastructure for hosting decentralized applications (DApps).

The NEAR platform contains a wide range of programming tools and languages, as well as smart contracts with cross-chain functionality to help developers build DApps. The platform counts with a simplified onboarding process and features human-readable account names instead of cryptographic wallet addresses. As a PoS blockchain, NEAR was awarded the Climate Neutral Product Label in 2021 for being carbon neutral.

How does NEAR Protocol work?

To compete with other smart contract-enabled blockchains like Ethereum, EOS, and Polkadot, NEAR implements several features in its ecosystem to enhance its performance.

Nightshade is the core technology of the NEAR blockchain. It is a sharding technology for processing data more efficiently. Sharding refers to splitting the work of processing transactions across many validator nodes. This way, each node will handle only a fraction of the network’s transactions, which allows for a higher number of transactions per second (TPS).

On NEAR, Nightshade utilizes block producers and validators to process transaction data in parallel across multiple shards. Each shard will produce a fraction of the next block. Each fraction is called a chunk. These chunks are then processed and stored on the NEAR Protocol blockchain to finalize the transactions they contain.

In theory, Nightshade may allow NEAR to handle millions of transactions per second without affecting its performance. Depending on the network condition, it will dynamically split and merge shards based on network traffic and use of resources. When the network is at a high capacity, the number of nodes will increase. The overall efficiency can be maintained, and transaction fees can be kept low.

Unlike other PoS networks, validators do not compete for the next block based on the size of their stake. NEAR uses an election mechanism called the Thresholded Proof of Stake (TPoS) to select validators. TPoS is similar to an auction, where a large pool of prospective validators indicates how much NEAR token they’re willing to stake via a signed transaction. TPoS will then determine the minimum threshold for becoming a validator in each epoch (typically, a 12-hour interval). Those that have staked above that threshold will have a chance to be selected as validators, proportional to the amount they staked.

Rainbow Bridge is an application on NEAR that allows users to transfer ERC-20 tokens, stablecoins, wrapped tokens, and even NFTs between the Ethereum and NEAR blockchains. This lets developers and users take advantage of the higher throughput and lower fees on the NEAR Protocol.

The Rainbow Bridge is fully permissionless and decentralized. To bridge tokens, users can send ERC-20 assets directly from MetaMask or other Web3 wallets to the NEAR Wallet and vice-versa. First, they need to deposit the token in an Ethereum smart contract. Since direct token transfer is not possible between networks, the tokens will be locked and taken out of circulation on Ethereum. New tokens will be created on NEAR to represent the original ones. In this way, the total circulating supply of the token remains constant across both blockchains.

In most cases, transactions on NEAR will confirm in 1-2 seconds and cost under $1. However, if the user wishes to move the token back to Ethereum, the procedure can cost more and take longer to process. The final value will depend on the current Ethereum traffic and gas prices.

Aurora is a layer-2 solution on the NEAR Protocol blockchain. It aims to help developers expand their apps on an Ethereum-compatible platform that offers low transaction costs for their users. According to NEAR, Aurora is able to host thousands of transactions per second, with only approximately 2 seconds of block confirmation time.

Aurora is composed of the Aurora Engine and the Aurora Bridge. Aurora Engine is an Ethereum Virtual Machine (EVM) on the NEAR Protocol, meaning that it is compatible with Ethereum and supports all tools available in the Ethereum ecosystem. This makes it easier for developers to get started on NEAR without having to rewrite their DApps or learn how to work with new development tools. They can also use the Aurora Bridge (the same technology as the Rainbow Bridge) to seamlessly bridge their smart contracts and ERC-20 tokens between the Ethereum and NEAR Protocol blockchains. Users can also pay transaction fees with ETH on Aurora.

What is the NEAR token?

NEAR Protocol (NEAR) is the native token of the NEAR ecosystem. It’s an ERC-20 token with a max supply of 1 billion. NEAR can be used for paying transaction and storage fees on the network. Also, smart contract developers can receive a portion of the transaction fees their contract generates. To keep NEAR scarce, the remaining transaction fees will be burned.

Token holders can stake on the NEAR Wallet to earn rewards too. They stake NEAR to run validating nodes for rewards that amount to 4.5% of the total NEAR supply. They can also participate in the governance of the NEAR network by voting on decisions and submitting proposals related to the platform and products.

How to buy NEAR on Binance?

You can buy NEAR Protocol (NEAR) on cryptocurrency exchanges like Binance.

2. Click on [BTC/USDT] to open the search bar. Enter “NEAR” and you’ll see the available trading pairs. In this example, we’ll use NEAR/BUSD.

3. Go to the [Spot] box on the right and enter the amount of NEAR you wish to buy. You can use different order types to place the order. Select an order type, such as Market order, and click [Buy NEAR]. The NEAR tokens will be credited to your Spot Wallet.