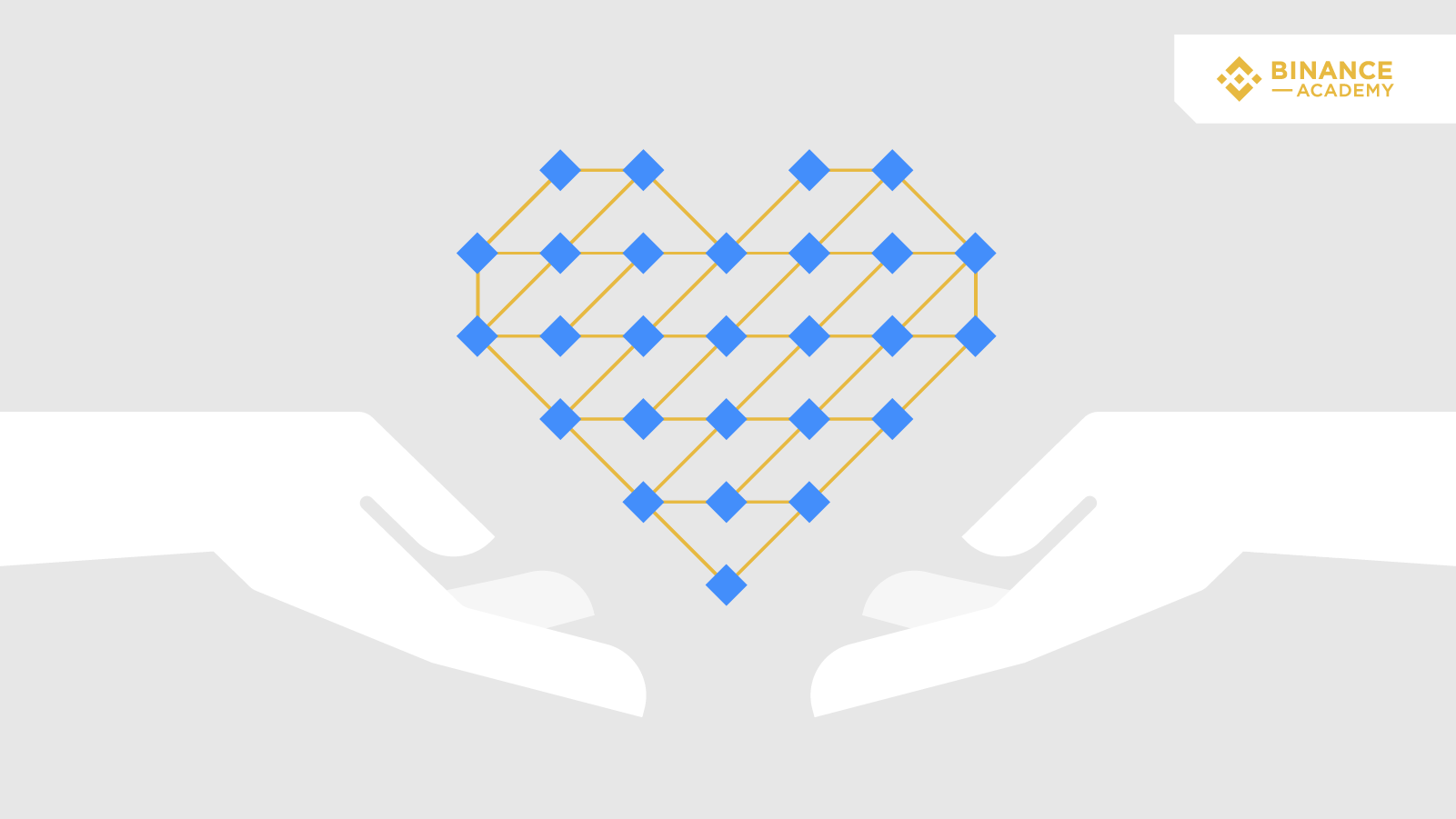 Blockchain for charities: an introduction to crypto-philanthropy

Charitable organizations often encounter barriers to success due to a lack of transparency, accountability issues, and limits to the ways they can accept donations. Crypto-philanthropy (or the use of blockchain technology to facilitate charitable contributions) offers an alternative solution, with decentralized and direct transactions that may help these organizations receive donations and raise funds more efficiently.

The creation of blockchain systems brought up many benefits in a variety of industries, as they allow for increased transparency and data security. Although the concept existed long before the creation of Bitcoin, it was only recently that blockchain’s potential started to be acknowledged on a broader scale.
Blockchain is a fundamental component of nearly all cryptocurrency economic networks. It was formerly devised by Satoshi Nakamoto as the digital ledger behind Bitcoin, but the technology has since been applied to a variety of other scenarios and has proven to be quite useful not only for digital currencies but for many other types of digital communication and data sharing.
The Bitcoin blockchain operates as a distributed ledger technology (DLT), which is protected by cryptography and maintained by a huge network of computers (nodes). Such a framework allows for peer-to-peer (P2P) borderless transactions within a trustless environment. Trustless means there is no need for users to trust each other because all participating nodes are required to follow a predefined set of rules (outlined by the Bitcoin protocol).
The Bitcoin ledger used for these transactions does not reside on any single data center or server. Instead, the blockchain is distributed and replicated across a myriad of computer nodes, spread around the world. This means that every time a transaction is confirmed or data is changed, each participant has to update its own version of the blockchain, in accordance with those events (they have to reach consensus in regards to every change).
As mentioned, blockchain is often used as a distributed ledger, and the advantages provided by this unique technology are serving several philanthropy organizations and charity foundations. The Binance Blockchain Charity Foundation (BCF) is one notable example.

There is still a long way to go until cryptocurrencies get globally adopted, and this route is particularly long when it comes to charity. Currently, there is a small but growing number of charitable organizations that have already embraced cryptocurrency as a donation method.

Donors that intend to use cryptocurrency to make their contributions may have to either confine their efforts to the few organizations that support them or donate large enough amounts as an attempt to persuade their favorite charities into accepting crypto payments.

Before a charity starts receiving cryptocurrency donations, it needs to have a process in place for managing and distributing the funds in a transparent and efficient way. Understanding the basics of cryptocurrencies and blockchain technology - and how the donations can be converted into fiat currency - is crucial for an effective implementation strategy.

Crypto-philanthropy promises some notable advantages for charitable organizations and donors, which include:

Despite the potential advantages, there are some potential concerns to be considered when adopting crypto-philanthropy:

Crypto-philanthropy has been taken up by some high-profile charitable organizations in recent years. In 2017, for example, the global philanthropic organization Fidelity Charitable received the equivalent of $69 million in cryptocurrency donations. The same year, an anonymous donor known as Pine distributed around $55 million in Bitcoin donations to various organizations worldwide via the Pineapple Fund.
As previously presented, the Blockchain Charity Foundation (BCF) is another notable example of crypto-philanthropy. The BCF is a not-for-profit organization aiming to transform philanthropy through the use of a decentralized charity platform.

Crypto-philanthropy remains a relatively new means of giving, accepting, and distributing donations. But as the blockchain technology grows more widespread and familiar, charities and donors alike may come to embrace it as one more attractive way to help those in need. It seems only sensible to assume that as the public continues to adopt this form of giving, charitable organizations will ramp up their cryptocurrency operations.