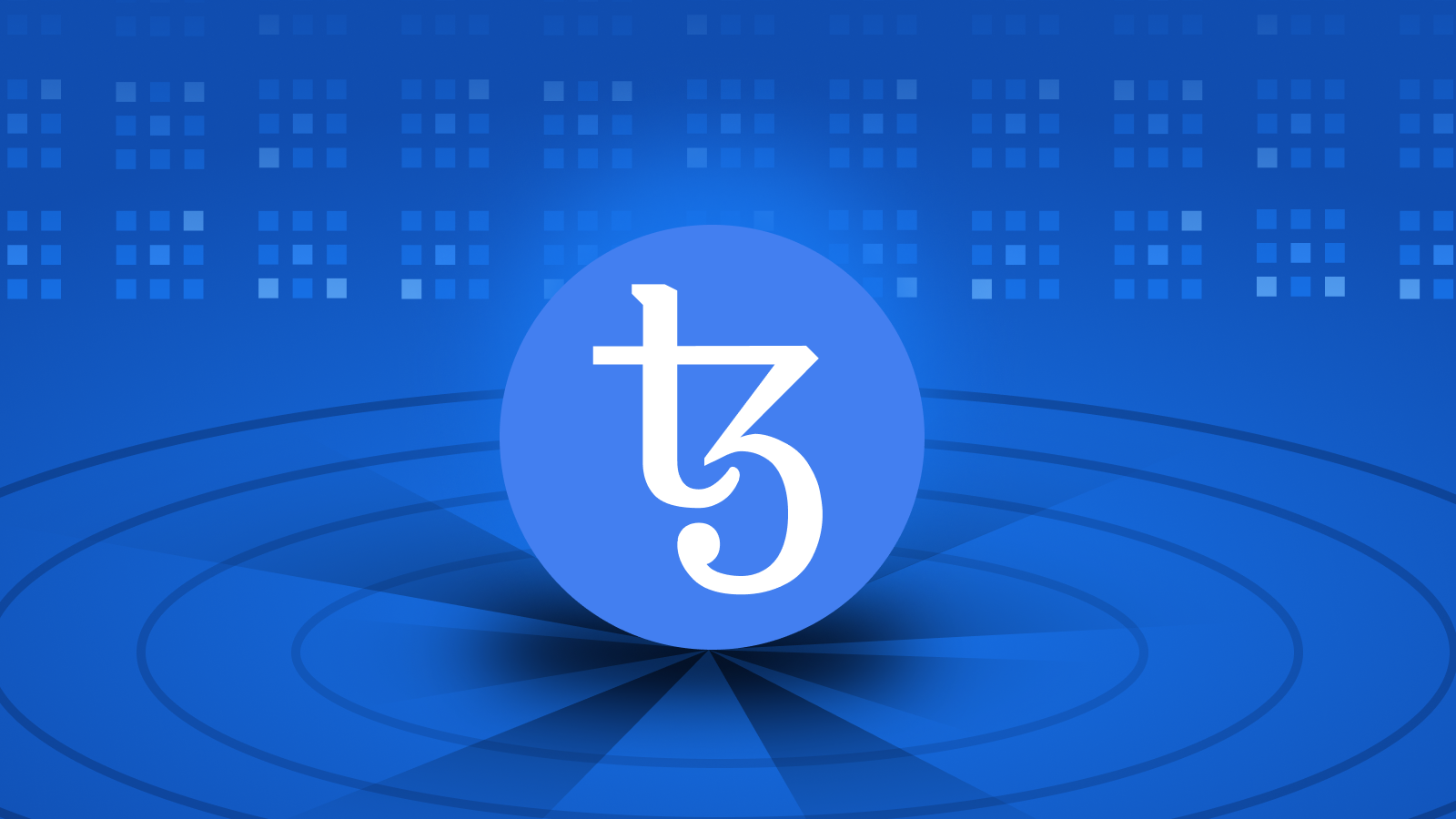 Home
Articles
What Is Tezos (XTZ)?

What Is Tezos (XTZ)?

Tezos is a blockchain project that stands out due to its built-in governance mechanism for upgrading the network. Changes to the Tezos blockchain are code proposals made by people who own a certain amount of Tez (XTZ), which are then voted on by peers. Because Tezos is self-amending, network upgrades are seamless, and hard-forks are needless.

Smart contract platforms make up one of the most crowded and competitive sectors in the crypto industry. While solving current technological problems is crucial for the space to mature, there are many different approaches to fulfill the high demand for base-layer smart contract infrastructure.

Tezos has emerged as a prominent player in the blockchain space as it has become the foundation for an organic and enthusiastic global community. Tezos’ Tez (XTZ) token is used in a growing ecosystem of users engaging in decentralized finance, art, gaming, and more.

What is Tezos (XTZ)?

Tezos is a blockchain built to support and run decentralized applications and smart contracts. Initially proposed in 2014, the Tezos mainnet went live in 2018 and has gone on to achieve steady growth and momentum as a rival to the Ethereum network.

The Tezos ecosystem is supported by several entities around the world, including the Tezos Foundation, a non-profit Swiss entity that is responsible for initiatives that help drive awareness and adoption of the Tezos blockchain.

Tezos conducted a fundraiser in July 2017, raising $232 million. This makes it one of the largest blockchain project fundraisers ever. In 2018, the Tezos mainnet successfully launched and thrived during the bear market.

Smart contracts on Tezos utilize the Tezos-unique Michelson programming language and are typically written using a higher-level language like SmartPy, Ligo, or Archetype that compiles to Michelson. To perform transactions on the network, you use gas, which is converted into fees in the Tezos cryptocurrency, Tez (XTZ).

Participants who hold over 6,000 Tez can become delegates, known as “bakers,” who create, sign, and publish new blocks to the Tezos blockchain, and endorse the blocks created by other bakers. . Alternatively, if a token holder doesn’t have 6,000 Tez or doesn’t want to set up the required hardware themselves, they can delegate their coins to a baker.

Why Tezos (XTZ) is important

Tezos has a few key differences from the other smart contract platforms in the blockchain space.

Tezos’ on-chain governance and self-amendment mechanisms were designed to create consensus around upgrades to the blockchain while also allowing them to occur without the need to hard-fork. Think of what happened with Bitcoin’s famous hard fork, Bitcoin Cash. Tezos aims to prevent these scenarios.

Because of self-amendment, Tezos is easily adaptable to the ever-changing regulatory and technological landscape. Tezos is able to implement upgrades and continue without much disruption, even replacing fundamental components like the consensus mechanism, which occurred during the Ithaca 2 protocol upgrade. In contrast, Ethereum 2.0 will be a big leap for Ethereum, requiring it to spin up what is essentially a new and separate blockchain.

Tezos upgrades are implemented through an on-chain governance model. Changes to the blockchain are submitted by delegates through code updates, and stakeholders can then vote on whether they approve or deny the changes.

Thanks to this on-chain governance model, significant upgrades can happen at any time – if the delegates approve of the proposed changes to the blockchain. This can involve system changes like amendments to fees or the process of baking, or even something as fundamental as the consensus algorithm! This also results in a thriving community to discuss changes and new rules to make the system better.

For example, in April 2022, Tezos implemented the Ithaca 2 update, which replaced the Tezos consensus algorithm with “Tenderbake,” an algorithm modeled off Tendermint, pioneered by the Cosmos protocol. In November 2020, Tezos went through the Delphi update, which decreased gas consumption by around 75%. These upgrades can be significant for DeFi development on the Tezos blockchain, and also show how on-chain governance can be nimble to adapt to new directions, and even makes it possible to integrate great ideas from across the blockchain industry.

Like other blockchain networks, Tezos is a fast way to verify financial transactions with minimized trust.

In September 2019, Gendarmerie’s cybercrime division (C3N) became one of the first governmental agencies to use Tezos for the validation of their judicial expenses.

Tezos can also be used to transfer ownership of illiquid assets, such as real estate, art, and jewelry. For instance, a company called MountX is leveraging Tezos for tokenization of real estate in Mexico.

How to store Tezos (XTZ)

The Tez, or XTZ coin, can be stored using the usual suspects when it comes to wallets, including many software wallets such as Trust Wallet.

You can also store Tez on either the Ledger or the Trezor hardware wallets via third-party software.

If you’re interested in staking your Tez, check out the Locked Staking product on Binance Earn.

While Tezos hasn’t seen the same amount of network activity and rush of DApp building as Ethereum, it’s not because this blockchain is without merit.

The unique approach to dynamic upgrades and on-chain voting makes it a more agile platform than most of its competitors, which can turn into a big advantage over the long run.

Tezos has attracted an organic community of creatives that value the network’s decentralized nature, energy efficiency, and emphasis on user control.

Tezos has proven its utility and resilience that can be appealing to both governmental and industry customers.