What Is Lido (LDO)?
Table of Contents
Introduction
What is Lido?
How does Lido work?
The Lido DAO
What is LDO?
How to buy LDO on Binance?
Closing thoughts
Altcoin 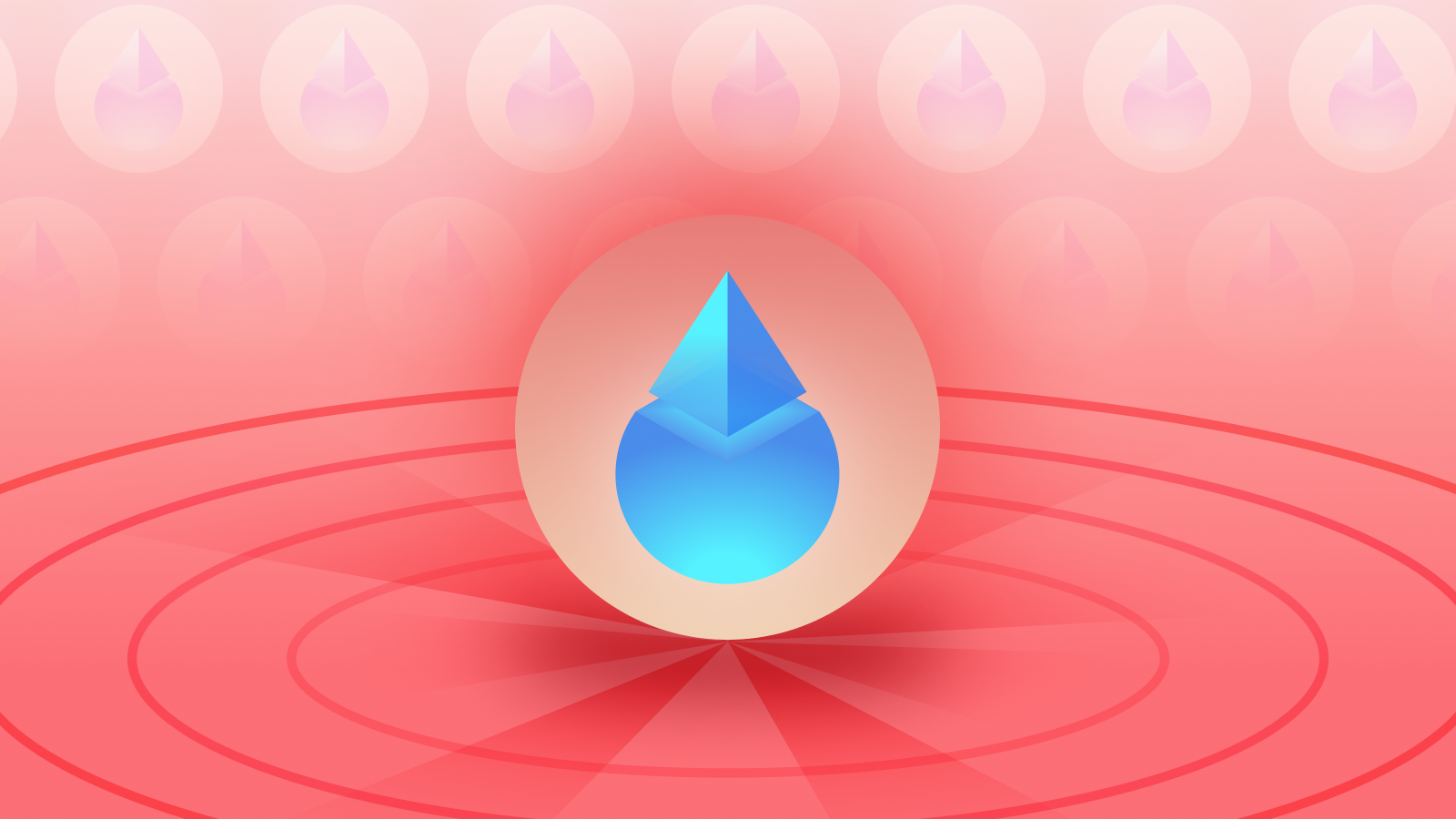 Home
Articles
What Is Lido (LDO)?

Lido (LDO) is a secure liquid staking solution for proof-of-stake (PoS) cryptocurrencies that supports Ethereum 2.0 (The Merge) staking and a growing ecosystem of other Layer 1 PoS blockchains. Users can stake their PoS tokens on Lido and receive a tokenized version of their staked assets at a 1:1 ratio. They can use this tokenized version of their staked assets to earn additional yield from other DeFi protocols while receiving staking rewards from their tokens deposited on Lido.

One of the challenges of staking on PoS blockchains is the illiquidity of the staked assets. Once the tokens are locked, users cannot access or unstake them until the lock-up period is over, denying them the opportunity to earn additional yields from other DeFi protocols on the market. The complex validator set-up and high barriers to entry have also put off general retail users looking to participate in PoS staking.

To enhance the liquidity of staked tokens and to make staking more accessible, Lido is offering an alternative to traditional PoS staking.

Founded in 2020, Lido is a liquid staking solution for Ethereum (ETH) and other PoS blockchains, including Solana (SOL), Polygon (MATIC), Polkadot (DOT), and Kusama (KSM).

Lido issues 1:1 tokenized versions of staked assets to users. This gives them liquidity for their staked PoS tokens, so they can earn staking rewards on Lido while participating in other DeFi on-chain activities for additional yields.

How does Lido work?

To get more users to participate in securing (PoS) networks, liquid staking services like Lido allow users to stake any amount of PoS assets to earn block rewards. Liquid staking is an innovative alternative that addresses the illiquidity, complexity, and centralization of PoS staking by not locking up the user’s staked tokens. It also lowers the barriers to entry for staking and the opportunity cost associated with lock-up requirements.

When users deposit PoS assets to Lido, their tokens are staked on the PoS blockchain via the Lido protocol. It is a staking pool smart contract that manages users’ deposits and withdrawals, delegates funds to node operators, and determines the fees for staking rewards, as well as the minting and burning of tokens. In addition, the smart contract also contains a full list of node operators, their validation keys, and reward distribution records.

Users will receive a tokenized version of their deposited funds (stAsset tokens), which can be used to earn rewards simultaneously in the original deposited protocol and other DeFi protocols and decentralized applications (dApps), such as collateral for lending and yield farming to maximize rewards.

Take staking ETH as an example. As Ethereum transits to PoS under the long-awaited upgrade called The Merge (formerly known as ETH 2.0), users can each commit a minimum of 32 ETH to become a validator and receive payment for confirming transactions on the network. However, the minimum staking requirement is not feasible for users in general.

Lido allows users to stake as little as a fraction of 1 ETH to earn block rewards. After staking their ETH, users will receive stETH, an ERC-20 token that represents their deposited ETH on a 1:1 basis. The stETH tokens are minted when funds are deposited into the Lido staking pool smart contract, and will be burned when users withdraw their ETH tokens.

Users’ staked ETH will be distributed to the node operators (validators) on the Lido network and deposited into the Ethereum Beacon Chain to be validated. The funds are secured in a smart contract and validators cannot access them. After that, the Lido DAO will select, onboard, support, and add the validators’ addresses to the registry smart contract, after which the selected validators will be given a set of keys for validation.

The ETH users have deposited will be split into sets of 32 ETH among all active Lido node operators, who will use a public validation key to validate transactions involving users’ staked assets. Distributing users’ stakes across multiple validators can effectively eliminate single-point-of-failure risks associated with single-validator staking. Additionally, the node operators will set up an address to allow users to withdraw their staked ETH after the completion of The Merge.

The Lido DAO governs a set of liquid staking protocols. It leverages smart contracts to determine and enforce rules to facilitate a decentralized decision-making process efficiently. These include managing fee parameters and distribution, as well as the addition and removal of node operators on the network.

LDO is Lido’s native utility and governance token. It’s an ERC-20 token that has a total supply of 1 billion.

LDO is used to reward users on the network. It also grants holders governance rights within the Lido DAO, allowing them to participate in the governance process by voting on certain decisions. The more LDO tokens they hold, the more powerful their vote is.

How to buy LDO on Binance?

You can buy LDO on cryptocurrency exchanges like Binance.

3. Go to the [Spot] box and enter the amount of LDO you want to buy. In this example, we will use a Market order. Click [Buy LDO] and the purchased tokens will be credited to your Spot Wallet. 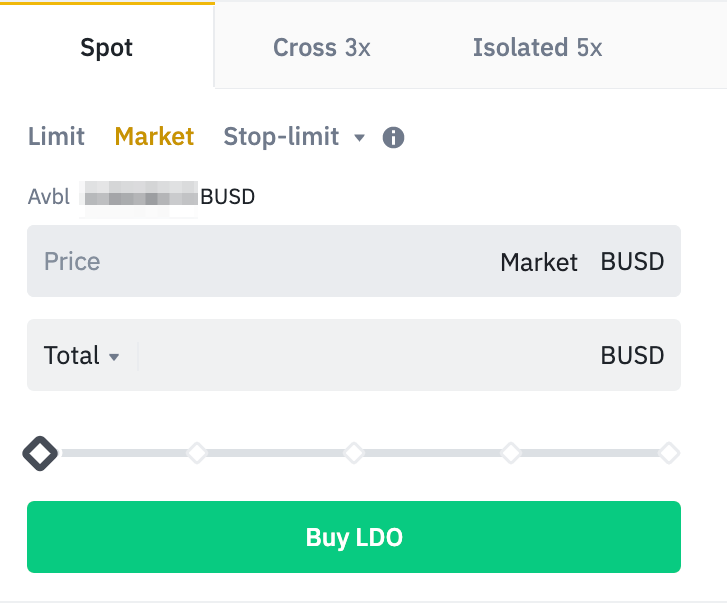 Lido’s liquid staking service provides users with all the benefits of staking without having to sacrifice the liquidity of their tokens. It caters to both small and large PoS token holders, giving them the flexibility to stake and unstake at any time. Furthermore, by eliminating complex staking setups and offering lower barriers to entry for PoS staking, liquid staking on protocols like Lido could boost the growth of DeFi in the future.