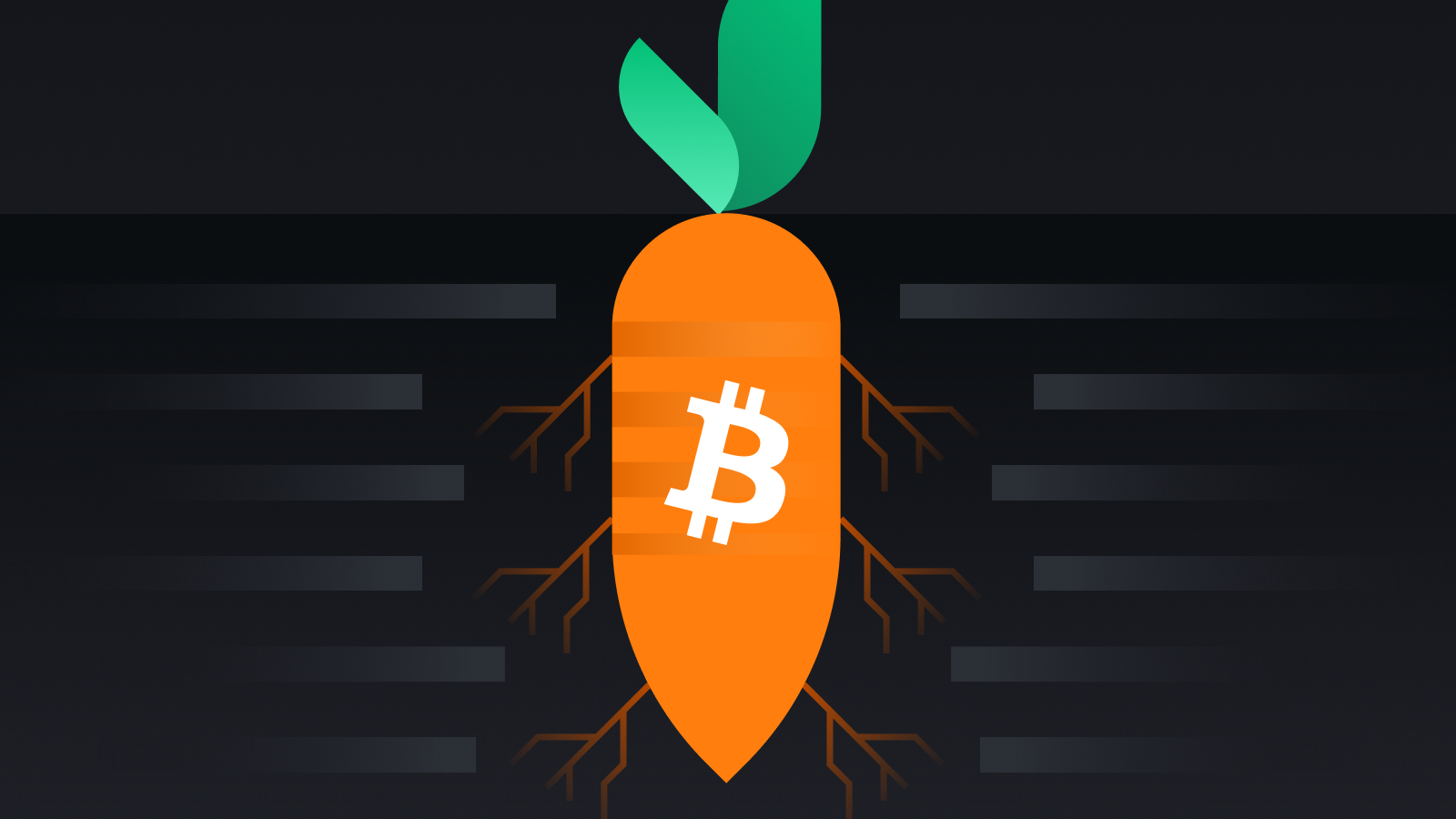 What Is Taproot and How It Will Benefit Bitcoin

Taproot is an upgrade for the Bitcoin network, implemented on 14 November 2021. Along with Schnorr signatures, Taproot is one of the most anticipated technological upgrades to Bitcoin since the introduction of SegWit. Taproot's goal is to change the way Bitcoin's scripts operate to improve privacy, scalability, and security. This and more are made possible by combining Taproot with a related upgrade called Schnorr signatures.

Anyone familiar with the cryptocurrency community knows that privacy, scalability, and security are major concerns. While Bitcoin is the most popular cryptocurrency in the world, these issues still need to be addressed. Taproot aims to do just that.

Bitcoin has had its ups and downs, but it has proven to be the anchor that keeps the crypto-verse in firm standing. Regardless of the issues that have popped up over the years, like the Mt. Gox hack or the infamous Bitcoin hard forks, the crypto community has stood by Bitcoin.

But there are certain issues that can’t be overlooked – one of the biggest being that of privacy. With Bitcoin being a public blockchain, anyone can monitor the transactions that occur on the network. For some, that’s a major concern.
It’s possible to increase your anonymity through techniques such as coin mixing and CoinJoins. Unfortunately, however, none of these make Bitcoin a private currency. While that can’t be said for Taproot either, it may help increase anonymity on the network.

The Taproot upgrade has been widely anticipated as a major first step toward solving Bitcoin's lack of privacy and other related concerns. On 14 November 2021, Taproot was activated on the Bitcoin network after approval from miners around the world. But what is Taproot, and how can it benefit Bitcoin? Let's dive in.

The limitations of the Bitcoin network

Another limitation was its privacy. While it was outlined in its whitepaper that Bitcoin’s transactions are private, all transaction details on the Bitcoin network are visible. This means that you can potentially know someone’s whole buying history by looking up their Bitcoin address.

To tackle the limitations, Bitcoin has been implementing upgrades to its network from time to time. However, amending the Bitcoin network is challenging due to its decentralized nature. There isn’t a single person to decide what changes should or shouldn’t be implemented, but a community decision by achieving consensus.

What is the Bitcoin Taproot upgrade?

Taproot is a soft fork that improves Bitcoin’s scripts to increase privacy, efficiency, and the network’s ability to process smart contracts. It is considered the most significant Bitcoin upgrade since the SegWit upgrade in 2017.

The Taproot upgrade consists of 3 distinct Bitcoin Improvement Proposals (BIP), including Taproot, Tapscript, and its core - the new digital signature scheme called Schnorr signatures. Taproot aims to bring several benefits to Bitcoin users, such as enhanced transaction privacy and lower transaction fees. It will also enable Bitcoin to execute more complex transactions and potentially widen its use cases to compete with Ethereum, especially on smart contract capabilities and supporting Decentralized Finance (DeFi) and non-fungible token (NFT) on the network.

The Taproot proposal was first unveiled by Bitcoin Core developer Greg Maxwell in January 2018. In October 2020, Taproot was merged to the Bitcoin Core library after a pull request created by Pieter Wuille. For the upgrade to be fully deployed, node operators had to adopt Taproot’s new consensus rules. It eventually received support from 90% of miners and was officially activated on 14 November 2021 on block 709,632.

How does Taproot work?

There are 3 BIP that work together to achieve the Taproot upgrade. Each of the BIP affects and compliments the other in different ways.

Schnorr signatures facilitate a faster and more secure way to validate transactions on the Bitcoin network. It consists of a cryptographic signature scheme developed by Claus Schnorr – a German mathematician and cryptographer. Even though Schnorr had his algorithm protected under a patent for many years, the patent officially expired in 2008. Among a number of benefits, Schnorr signatures are primarily known for their simplicity and efficiency in generating short signatures.

The signature scheme adopted by Satoshi Nakamoto (the creator of Bitcoin) was the Elliptic Curve Digital Signature Algorithm (ECDSA). The choice of ECDSA over the Schnorr signature algorithm was due to the fact that it was already widely used, well-understood, secure, compact, and open-source.

However, the development of the Schnorr Digital Signature Scheme (SDSS) may be the starting point of a new generation of signatures for Bitcoin and other blockchain networks.

In fact, Taproot makes it possible to hide the fact that a Bitcoin script ran at all. For example, spending Bitcoin using Taproot could make a transaction in a Lightning Network channel, a peer-to-peer transaction, or a sophisticated smart contract become indistinguishable. Anyone monitoring one of these transactions would see nothing but a peer-to-peer transaction. It's worth noting, though, that this doesn't change the fact that the wallets of the initial sender and final recipient will be exposed.

Taproot is where the Taproot upgrade got its name from. It builds on the SegWit upgrade in 2017 and uses the Merkelized Alternative Script Tree (MAST) to scale on the amount of transaction data on the Bitcoin blockchain.

Transactions on the Bitcoin network are protected by public and private keys. To spend the digital asset in a wallet, the spender needs to provide a signature to demonstrate that they are the real owner before they can move the coin. Apart from single-signature transactions, spenders can also use various features to make Bitcoin transactions more complex, including timelock releases, multi-signature (multisig) requirements, and others.

However, these complex multi-signature transactions require multiple inputs and signatures to verify, which add a large amount of data to the blockchain and drag the transaction speed. At the same time, the transaction information is automatically revealed on the blockchain, which can potentially expose sensitive data about the address owners.

After integrating MAST, the amount of scripts and verification needed can be reduced, as a single MAST transaction can represent multiple scripts. So when a complex Bitcoin transaction is sent to MAST, the Merkle tree is not necessary for processing transactions. Instead of the full details, MAST only allows the executed conditions of the transaction to be committed to the blockchain. This can drastically reduce the volume of data required to store on the network. Not only does it provide greater scalability and higher efficiency to the Bitcoin blockchain, it also offers greater privacy for Bitcoin users.

Tapscript is a coding language upgrade to the Bitcoin Script to make way for the 2 other BIPs. It is a collection of opcodes, transaction instructions used to specify how to be performed. With more available space in the blocks, it is expected to give more flexibility for new features, and potentially can help the Bitcoin network support and create smart contracts in the future.

How does Taproot benefit Bitcoin?

As we’ve already discussed, Taproot brought major improvements to Bitcoin’s privacy and enhanced its use cases. Other potential benefits include:

1. Improve network scalability by reducing the amount of data to be transferred and stored on the blockchain;

Another benefit to Taproot is the fact that signatures will no longer be malleable, which is a known security risk in the Bitcoin network. Simply put, signature malleability means that it’s technically possible to alter the signature of a transaction before it gets confirmed. By doing this, the attack would make it appear as if the transaction never happened. This leaves Bitcoin exposed to the infamous double-spending problem, which could ruin the integrity of the distributed ledger.

Why is the Taproot upgrade important?

The activation of Taproot is expected to boost the Bitcoin network’s functionality to facilitate fast and reliable transactions. Prior to Taproot, the Bitcoin protocol was still on Layer 1 developments while others like Ethereum had already gotten a head start in Layer 2 and DApps. After the upgrade, Bitcoin opens its path to deploy smart contracts and potentially expand its use cases to cover the trending NFT and DeFi markets in the future.

As the Bitcoin network becomes more efficient with lower fees, it could incentivize more transactions and wider adoption. In addition, users can retain their privacy for transactions, making BTC more competitive with other privacy coins in the market.

Taproot is a highly anticipated and widely supported upgrade to Bitcoin. Implemented along with Schnorr signatures, we see significant improvements in terms of privacy, scalability, security, and more. These upgrades can also generate more interest around the Lightning Network and encourage multisig to be more of an industry standard.

Regardless of your involvement in the Bitcoin community, the added benefits of improved privacy, efficiency, and security will likely impact your experience using Bitcoin.