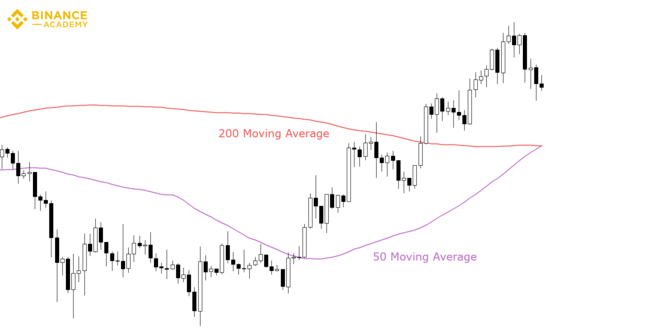 Even so, it’s important to note that even a high-timeframe golden cross can be a false signal. In a scenario like this, the golden cross technically happens, but the market reverses shortly after, and the golden cross is invalidated. This is why it’s always important to properly manage risk and protect your downside.
The opposite of a golden cross is a death cross, which is a chart pattern where a shorter-term moving average crosses below a longer-term moving average. As such, the death cross is typically considered to be a bearish signal.
Szószedet
Cryptocurrency

A digital currency that is secured by cryptography to work as a medium of exchange within a peer-to-peer (P...

A marketplace for cryptocurrencies where users can buy and sell coins.