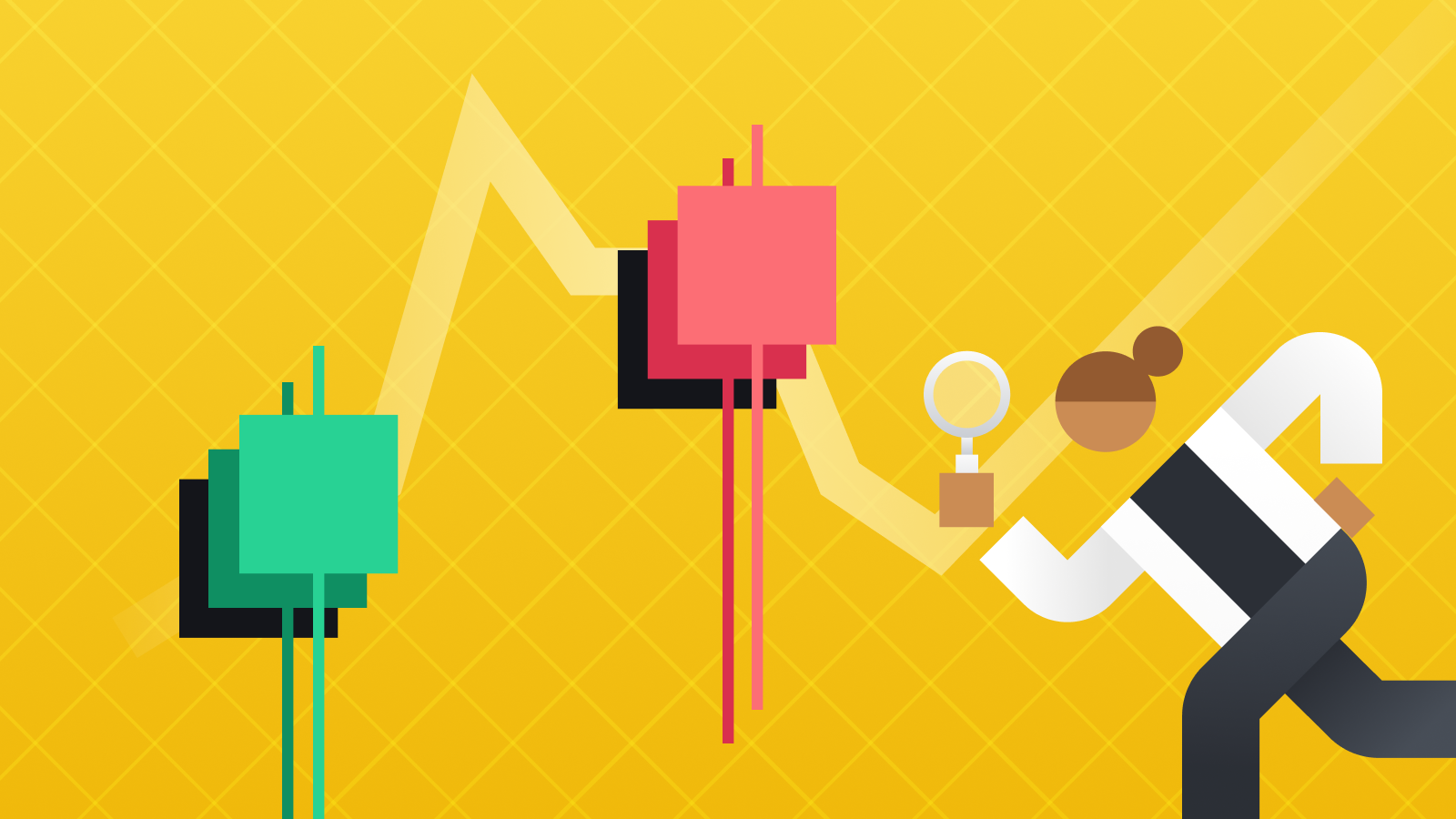 Home
Articles
How To Trade With Hammer Candlestick Patterns

How To Trade With Hammer Candlestick Patterns

Hammer candlestick patterns are one of the most used patterns in technical analysis. Not only in crypto but also in stocks, indices, bonds, and forex trading. Hammer candles can help price action traders spot potential reversals after bullish or bearish trends. Depending on the context and timeframe, these candle patterns may suggest a bullish reversal at the end of a downtrend or a bearish reversal after an uptrend. Combined with other technical indicators, hammer candles may give traders good entry points for long and short positions.

The hammer candlestick is a pattern that works well with various financial markets. It is one of the most popular candlestick patterns traders use to gauge the probability of outcomes when looking at price movement.

How do candlesticks work?

Each candlestick has an open price and close price that form the candle body. They also have a wick (or shadow), which indicates the highest and lowest prices within that period.
If you’re new to candlestick charts, we recommend reading our Beginner’s Guide to Candlestick Charts first.

What is a hammer candlestick pattern?

A hammer candlestick is formed when a candle shows a small body along with a long lower wick. The wick (or shadow) should have at least twice the size of the candle body. The long lower shadow indicates that sellers pushed the price down before buyers pushed it back up above the open price.

Below you can see the opening price (1), the closing price (2), and the highs and lows that form the wick or shadow (3). 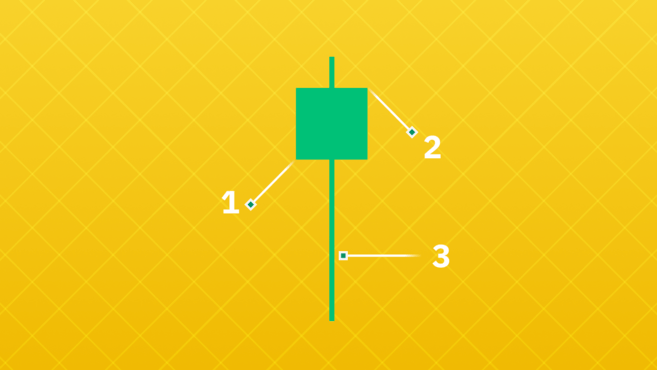 A bullish candlestick hammer is formed when the closing price is above the opening price, suggesting that buyers had control over the market before the end of that trading period. 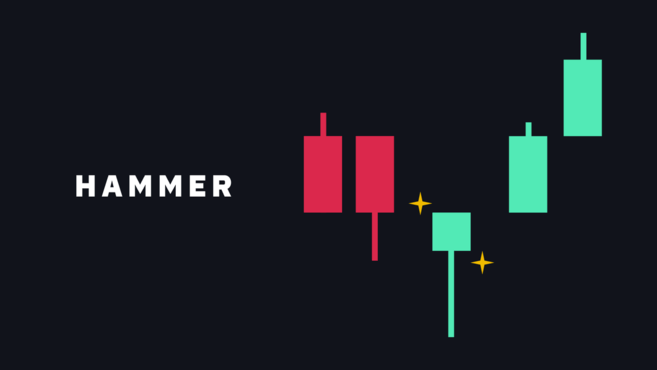 An inverted hammer is formed when the opening price is below the closing price. The long wick above the body suggests there was buying pressure trying to push the price higher, but it was eventually dragged back down before the candle closed. While not as bullish as the regular hammer candle, the inverted hammer is also a bullish reversal pattern that appears after a downtrend. 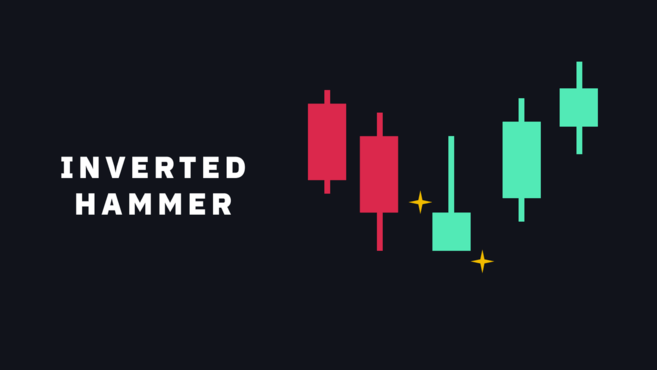 The bearish hammer candlestick is known as a hanging man. It occurs when the opening price is above the closing price, resulting in a red candle. The wick on a bearish hammer indicates that the market experienced selling pressure, which suggests a potential reversal to the downside. 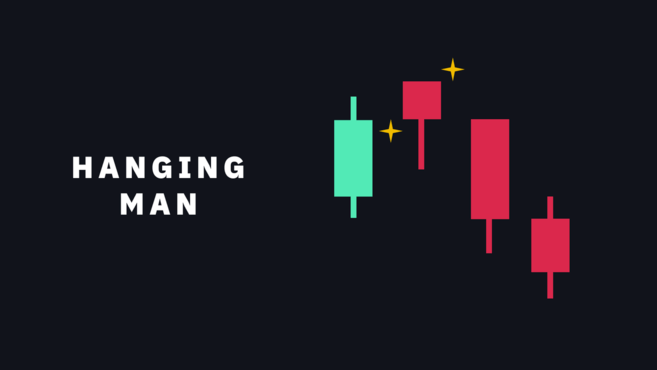 The bearish inverted hammer is called a shooting star candlestick. It looks just like a regular inverted hammer, but it indicates a potential bearish reversal rather than a bullish one. In other words, shooting stars candlesticks are like inverted hammers that occur after an uptrend. They are formed when the opening price is above the closing price, and the wick suggests that the upward market movement might be coming to an end. 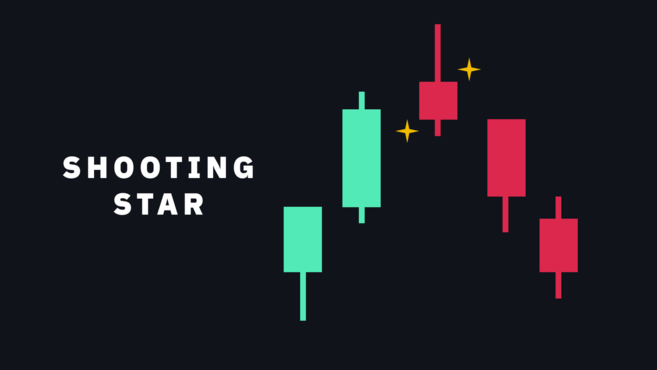 How to use hammer candlestick patterns to spot potential trend reversals

A bearish hammer candlestick can be either a hanging man or a shooting star. These appear after bullish trends and indicate a potential reversal to the downside. In the example below, we have a shooting star (image from TradingView). 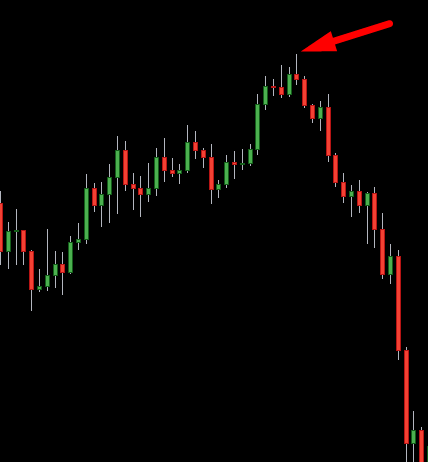 As such, to use hammer candlesticks in trading, you need to consider their position in relation to previous and next candles. The reversal pattern will either be discarded or confirmed depending on the context. Let’s take a look at each type of hammer.

The strengths and weaknesses of the hammer candlestick patterns

Every candlestick pattern has its pros and cons. After all, no technical analysis tool or indicator can guarantee a 100% profit in any financial market. The hammer candlestick chart patterns tend to work better when combined with other trading strategies, such as moving averages, trendlines, RSI, MACD, and Fibonacci.

Dojis are like hammers without a body. A Doji candlestick opens and closes at the same price. While a hammer candlestick indicates a potential price reversal, a Doji usually suggests consolidation, continuation or market indecision. Doji candles are often neutral patterns, but they can precede bullish or bearish trends in some situations.

The Dragonfly Doji looks like a hammer or hanging man without the body. 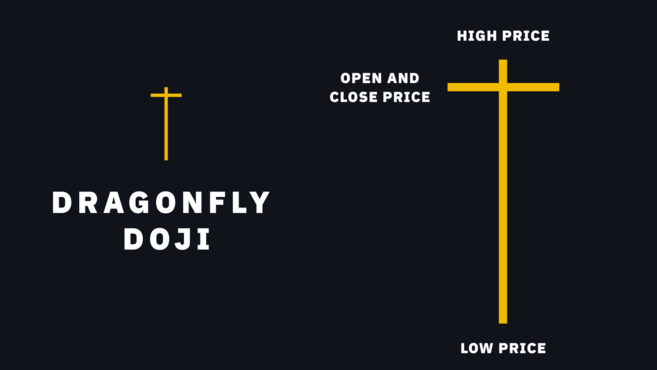 The Gravestone Doji is similar to an inverted hammer or a shooting star. 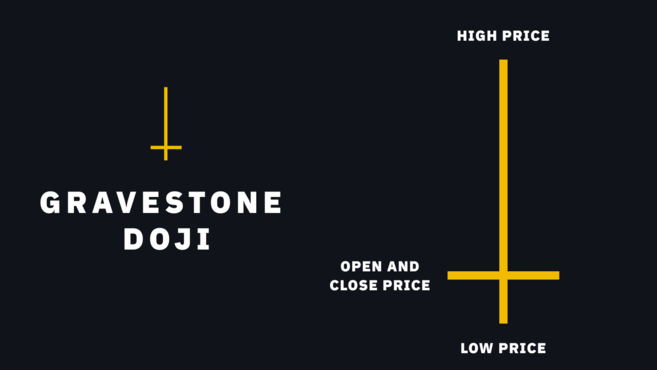 Still, hammers and Dojis don’t say much on their own. You should always consider the context, such as the market trend, surrounding candles, trading volume, and other metrics.

Although the hammer candlestick pattern is a useful tool that helps traders spot potential trend reversals, these patterns alone aren't necessarily a buy or sell signal. Similar to other trading strategies, hammer candles are more useful when combined with other analysis tools and technical indicators.

You should also make use of proper risk management, evaluating the reward ratio of your trades. You should also use stop-loss orders to avoid big losses in moments of high volatility.