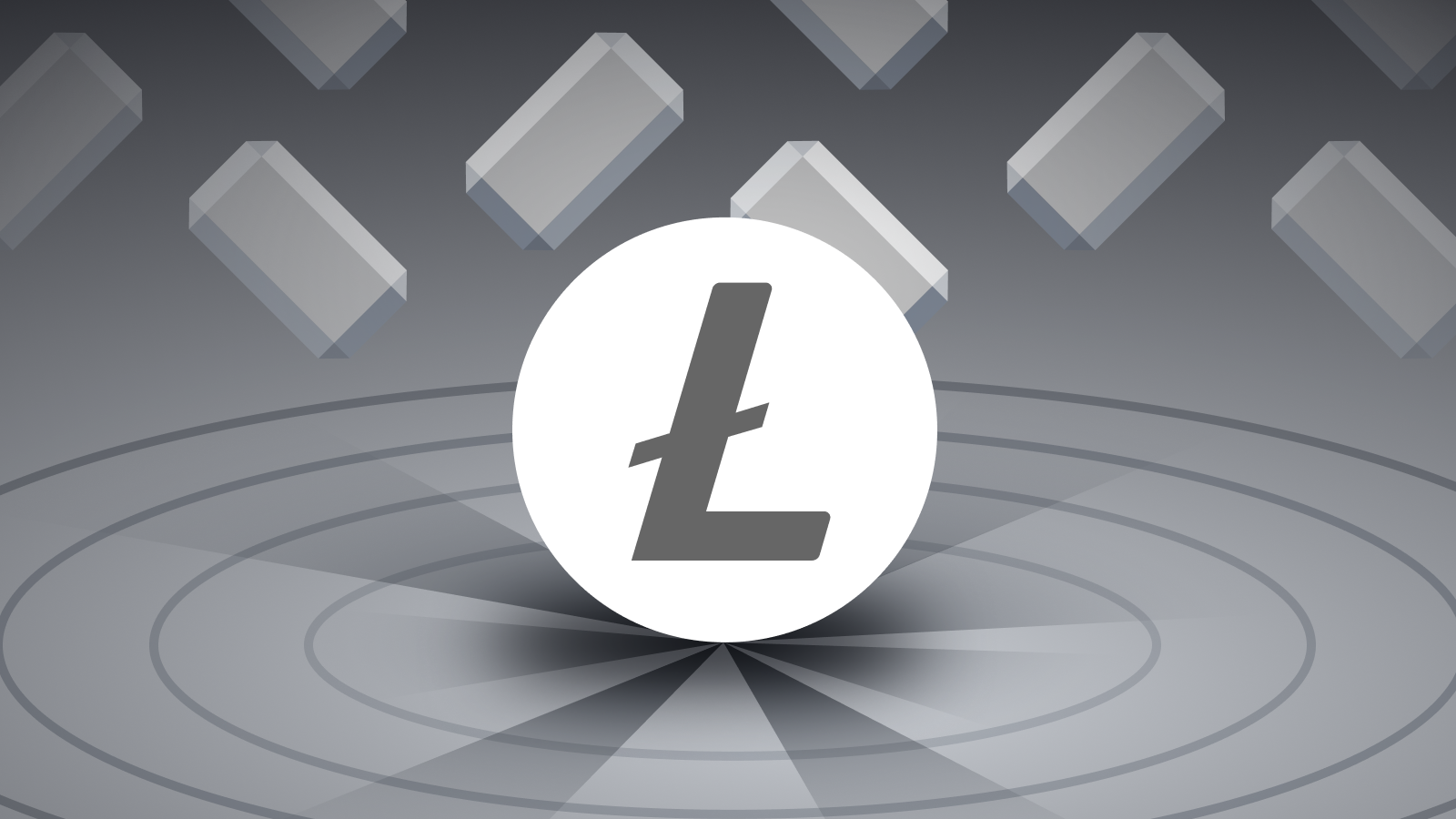 What Is Litecoin (LTC)?

Litecoin (LTC) is an altcoin founded in 2011 by former Google engineer Charlie Lee. It aimed to be the lite version of Bitcoin that enables nearly instant and low-cost payments. Litecoin adopted the code and certain features of Bitcoin in its blockchain, but it prioritizes transaction confirmation speed to facilitate a higher transaction per second (TPS) and a shorter block generation time.

Litecoin has a total supply of 84 million. Similar to Bitcoin, it is deflationary in nature and halves every 840,000 blocks (approximately every 4 years). The next halving is expected to happen in August 2023. Litecoin can be purchased on various cryptocurrency exchanges, including Binance.

Litecoin (LTC) is one of the oldest of all altcoins on the market. When it was first introduced in 2011, Litecoin was branded as “the silver to bitcoin’s gold” for its blockchain was largely based on Bitcoin’s code. While some crypto investors view Bitcoin as a good store of value, Litecoin is often seen as a better option for peer-to-peer payments due to its lower confirmation time and transaction fees.

What is Litecoin (LTC)?

Litecoin (LTC) is one of the first altcoins. Created by former Google engineer Charlie Lee in 2011, its blockchain was developed based on Bitcoin’s open-source codes. But Litecoin introduced certain modifications, such as a faster block generation rate and a different Proof of Work (PoW) mining algorithm called Scrypt.

Litecoin has a limited total supply of 84 million. Similar to Bitcoin, Litecoin can be obtained from mining and has a halving mechanism that occurs every 840,000 blocks (roughly 4 years). The last LTC halving was in August 2019, where the block rewards were halved from 25 LTC to 12.5 LTC. The next halving is expected to take place in August 2023.

How does Litecoin work?

As a modified version of Bitcoin, Litecoin was designed to facilitate cheaper and more efficient transactions than the Bitcoin network. Like Bitcoin, Litecoin adopts the Proof of Work mechanism to enable miners to earn new coins by adding new blocks to its blockchain. However, Litecoin doesn’t use Bitcoin’s SHA-256 algorithm. Instead, LTC uses Scrypt, a hashing algorithm that can generate new blocks roughly every 2.5 minutes, while the Bitcoin block confirmation time takes 10 minutes on average.

Scrypt was initially developed by the Litecoin development team to grow its own decentralized mining ecosystem away from Bitcoin’s system and make the 51% attack on LTC more difficult. In the early days, Scrypt allowed for more easily accessible mining to those that used the traditional GPU and CPU cards. The goal was to prevent ASIC miners from dominating LTC mining. However, ASIC miners were later developed to mine LTC efficiently, causing GPU and CPU mining to become obsolete.
As Bitcoin and Litecoin are somewhat similar, Litecoin was often used as a “testing ground” for developers to experiment with the blockchain technologies to be adopted on Bitcoin. For example, Segregated Witness (SegWit) was adopted on Litecoin before Bitcoin in 2017. Proposed for Bitcoin in 2015, SegWit aims to scale the blockchain by segregating out the digital signature from each transaction to better utilize the limited space on a block. This allowed the blockchains to process more transactions per second (TPS).
Another scaling solution, the Lightning Network, was also implemented on Litecoin before Bitcoin. Lightning Network is one of the key components that makes Litecoin transactions more efficient. It is a layer 2 protocol created on top of Litecoin’s blockchain. It consists of micropayment channels generated by users, allowing for lower transaction fees.
In addition, Litecoin is aiming to tackle the transaction privacy problem by adopting a privacy-oriented protocol called MimbleWimble Extension Block (MWEB). It’s named after the tongue-tying spell from the Harry Potter books, which prevents the victim from revealing information. Similar to the spell, MimbleWimble allows transaction information, including the sender and receiver’s addresses and the amount of crypto sent, to remain completely anonymous. At the same time, MWEB eliminates unnecessary transaction information, and the block sizes are more compact and scalable. As of December 2021, the Litecoin MWEB protocol is still under development.

As one of the first altcoins, Litecoin improved upon Bitcoin’s code to increase its scalability for faster transactions and lower fees. Despite not being able to compete with Bitcoin in terms of market cap, it has a competitive advantage as a peer-to-peer payment system. In fact, the Litecoin Foundation announced in November 2021 that LTC could be used as a payment method via the Litecoin VISA debit card by converting LTC into USD in real-time. In addition, certain businesses have added Litecoin as a payment method, spanning across travel companies, convenience stores, property agencies, and online stores.

Another thing to note is the highly-anticipated MimbleWimble release on the Litecoin network. MimbleWimble not only can obfuscate the wallet addresses in a transaction, but it could also potentially double Litecoin’s TPS. If successfully implemented, the upgrade can further enhance the privacy and fungibility of LTC transactions. However, there is no set release date on the mainnet as of December 2021.

How to buy Litecoin on Binance?

You can buy Litecoin from crypto exchanges like Binance.

1. Log in to your Binance account and go to [Trade]. Choose either the [Classic] or [Advanced] trading mode to start. In this tutorial, we will select [Classic].

2. Next, type “LTC” on the search bar to see a list of the available trading pairs on Binance. We will use LTC/BUSD as an example. 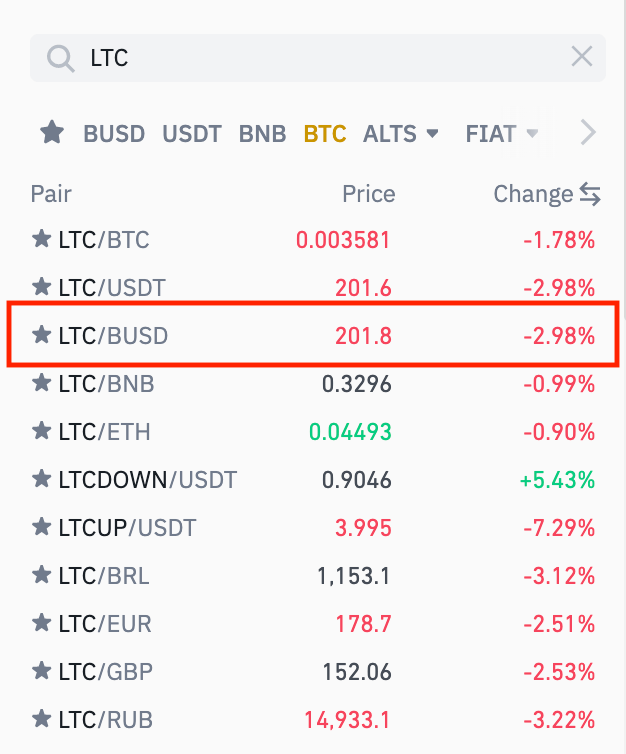 3. Under [Spot], choose the order type and enter the amount to buy. Click [Buy LTC] to place the order, and you will see the purchased LTC in your Spot Wallet. 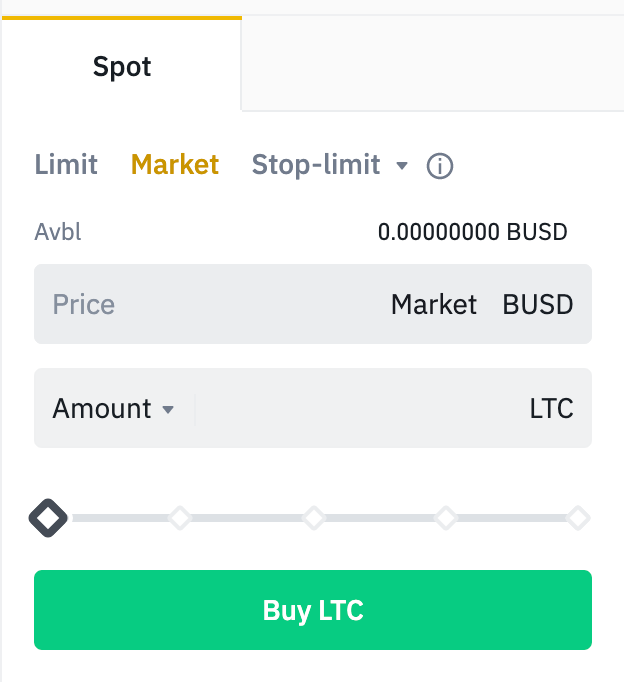 Litecoin has shown an ongoing development effort to be “the silver to bitcoin’s gold” since its debut in 2011. While it isn’t as popular as Bitcoin or Ethereum (ETH) in terms of market capitalization, the Litecoin community is expecting further development that can bring enhanced features and use cases.