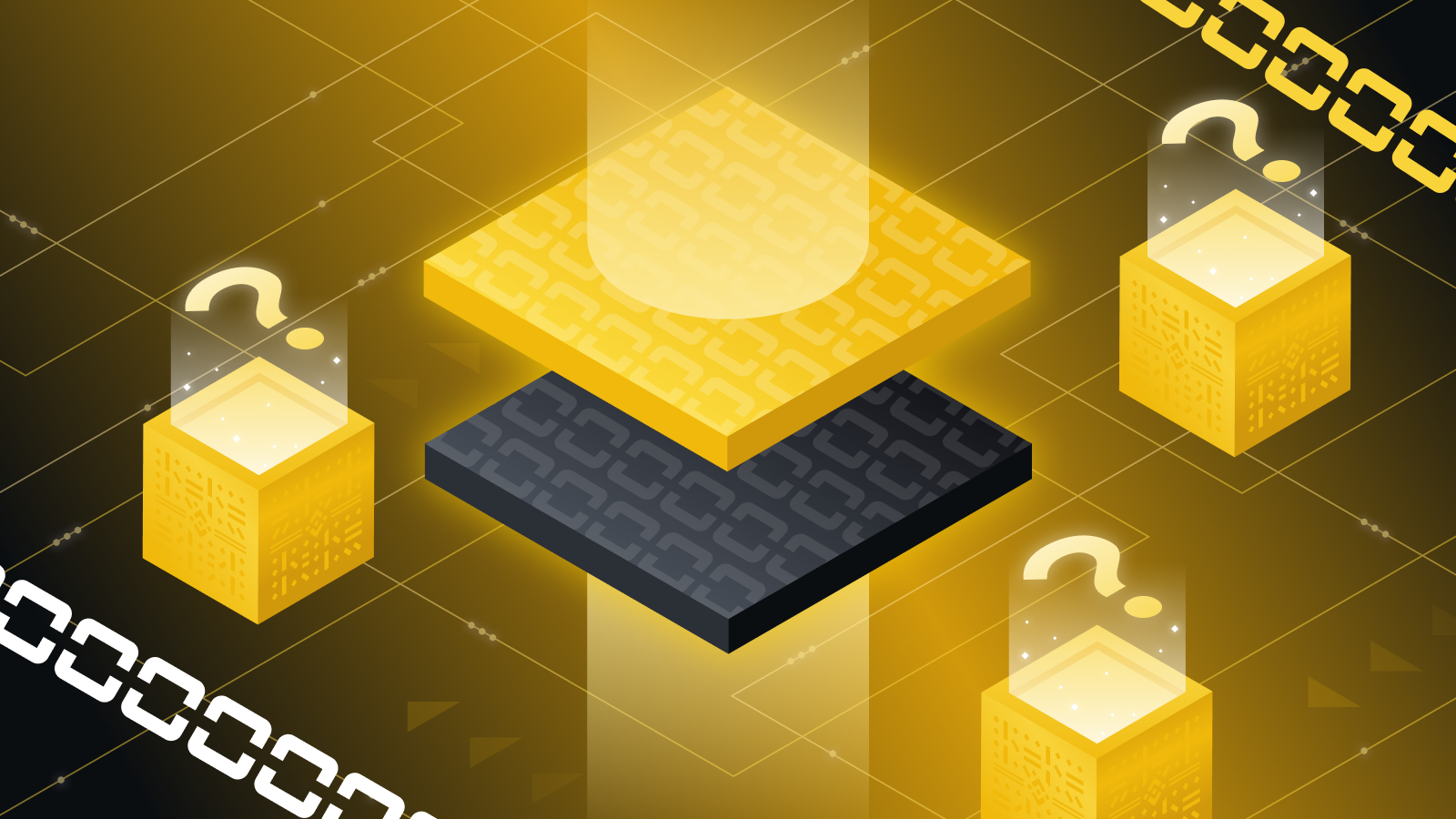 The popularity of crypto and blockchain is growing exponentially, and so is the number of users and transactions. While it's easy to see how revolutionary blockchain is, scalability – a system’s capacity to grow while accommodating increasing demand – has always been a challenge. Public blockchain networks that are highly decentralized and secure often struggle to achieve high throughput.

This is often described as the Blockchain Trilemma, which states that it’s virtually impossible for a decentralized system to simultaneously achieve equally high levels of decentralization, security, and scalability. Realistically, blockchain networks can only have two out of three factors.

Fortunately, however, thousands of enthusiasts and experts are working on scaling solutions. Some of these solutions are designed to tweak the architecture of the main blockchain (Layer 1), while others target Layer 2 protocols that operate on top of the underlying network.

With a large number of blockchains and cryptocurrencies available, you might not know if you’re using a Layer 1 or Layer 2 chain. There are benefits in hiding blockchain complexity, but it’s worth getting to understand a system you’re investing in or using. With this article, you’ll understand the differences between Layer 1 and Layer 2 blockchains and various scalability solutions.

What is a blockchain Layer 1 vs. Layer 2?

The term Layer 1 refers to the base level of a blockchain architecture. It’s the main structure of a blockchain network. Bitcoin, Ethereum, and BNB Chain are examples of Layer 1 blockchains. Layer 2 refers to networks built on top of other blockchains. So if Bitcoin is a Layer 1, the Lightning Network that runs on top of it is an example of a Layer 2.

Why is blockchain scalability important?

Imagine a new highway being built between a major city and its fast-growing suburb. As the amount of traffic passing through the highway increases and congestion becomes common – especially during rush hours – the average time to get from A to B can increase significantly. No wonder, given that road infrastructure has its limited capacity and the demand is ever-growing.

Now, what can the authorities do to help more commuters travel via this route faster? One solution would be to improve the highway itself, adding extra lanes to each side of the road. This, however, is not always practical as it is an expensive solution that would cause considerable trouble to those already using the highway. An alternative is to get creative and consider various approaches not associated with making changes to the core infrastructure, such as building additional service roads or even launching a light rail transit line along the highway.

In the world of blockchain technology, the primary highway would be a Layer 1 (the main network), while the additional service roads would be Layer 2 solutions (secondary network to improve the overall capacity).

Bitcoin, Ethereum, and Polkadot are all considered Layer 1 blockchains. They are the base-layer blockchains that process and record transactions for their respective ecosystems, featuring a native cryptocurrency – typically used to pay fees and provide broader utility. Polygon is one example of a Layer 2 scaling solution for Ethereum. The Polygon network regularly commits checkpoints to the Ethereum mainnet to update it of its status.

The throughput capability is a vital element of a blockchain. It’s a measure of speed and efficiency that shows how many transactions can be processed and recorded within a specific timeframe. As the number of users increases and the number of simultaneous transactions goes up, a Layer 1 blockchain can become slow and expensive to use. This is especially true of Layer 1 blockchains which use a Proof of Work mechanism as opposed to Proof of Stake.

Bitcoin and Ethereum are good examples of Layer 1 networks with scaling issues. Both secure the network through a distributed consensus model. This means that all transactions are verified by multiple nodes before being validated. The so-called mining nodes all compete to solve a complex computational puzzle, and the successful miners are rewarded in the network’s native cryptocurrency.

In other words, all transactions require the independent verification of several nodes before getting confirmed. This is an efficient way of logging and recording correct, verified data to the blockchain while mitigating the risk of attack by bad actors. However, once you have a network as popular as Ethereum or Bitcoin, the throughput demand becomes an ever-increasing issue. In times of network congestion, users will face slower confirmation times and higher transaction fees.

How do Layer 1 scaling solutions work?

There are several options available to Layer 1 blockchains that can increase throughput and overall network capacity. In the case of blockchains using Proof of Work, a transition to Proof of Stake could be an option to increase transactions per second (TPS) while reducing processing fees. Still, there are mixed views in the crypto community regarding the benefits and long-term implications of Proof of Stake.

Scaling solutions on Layer 1 networks are typically introduced by the project’s development team. Depending on the solution, the community will need to hard fork or soft fork the network. Some small changes are backward compatible, such as Bitcoin’s SegWit update.

Larger changes, like increasing the Bitcoin’s block size to 8MB, require a hard fork. This creates two versions of the blockchain, one with the update and one without. Another option to increase a network’s throughput is sharding. This splits a blockchain’s operations across multiple smaller sections that can process data simultaneously rather than sequentially.

How do Layer 2 scaling solutions work?

As discussed, Layer 2 solutions rely on secondary networks that work in parallel or independent of the main chain.

Zero-knowledge rollups (the most common kind) bundle off-chain Layer 2 transactions and submit them as one transaction on the main chain. These systems use validity proofs to check the integrity of transactions. Assets are held on the original chain with a bridging smart contract, and the smart contract confirms the rollup is functioning as intended. This provides the security of the original network with the benefits of a less resource-intensive rollup.

Sidechains are independent blockchain networks with their own sets of validators. This means the bridging smart contract on the main chain doesn’t verify the validity of the sidechain network. Therefore, you need to trust the sidechain is operating correctly as it’s able to control assets on the original chain.

A state channel is a two-way communication environment between the transacting parties. The parties seal off a part of the underlying blockchain and connect it to an off-chain transaction channel. This is usually done via a pre-agreed smart contract or a multi-signature. The parties then execute a transaction or a batch of transactions off-chain, without immediately submitting transaction data to the underlying distributed ledger (i.e., the main chain). Once all transactions in the set are complete, the final “state” of the channel is broadcasted to the blockchain for validation. This mechanism allows to improve transaction speed and increases the overall capacity of the network. Solutions like the Bitcoin Lightning Network and Ethereum's Raiden operate based on state channels.

This solution relies on a set of secondary chains that sit on top of the main, “parent” blockchain. Nested blockchains operate according to the rules and parameters set by the parent chain. The main chain doesn’t participate in executing transactions and its role is limited to dispute resolution when necessary. The day-to-day work is delegated to “child” chains that return the processed transactions to the main chain upon completion off the main chain. OmiseGO’s Plasma project is an instance of a Layer 2 nested blockchain solution.

Both Layer 1 and Layer 2 solutions have unique advantages and disadvantages. Working with Layer 1 can provide the most effective solution for large-scale protocol improvements. However, this also means that validators must be convinced to accept changes through a hard fork.

One possible example where validators may not want to do this is changing from Proof of Work to Proof of Stake. Miners will lose income by this switch to a more efficient system, disincentivizing them from improving scalability.

Layer 2 provides a much quicker way to improve scalability. However, depending on the method used, you can lose a lot of the security of the original blockchain. Users trust networks like Ethereum and Bitcoin for their resilience and track record of security. By taking aspects off the Layer 1, you often have to rely on the Layer 2 team and network for efficiency and security.

What’s next after Layer 1 and Layer 2?

One key question is whether we will even need Layer 2 solutions as Layer 1s become more scalable. Existing blockchains see improvements, and new networks are created with good scalability already. However, it will take a long time for major systems to improve their scalability, and it’s not guaranteed. The most likely option is for Layer 1s to focus on security, and allow Layer 2 networks to tailor their services to specific use cases.

In the near future, there’s a good chance large chains like Ethereum will still dominate due to their large user and developer community. However, its large, decentralized validator set and trusted reputation creates a solid base for targeted Layer 2 solutions.

Since crypto began, the hunt for improved scalability has created a two-pronged approach with Layer 1 improvements and Layer 2 solutions. If you’ve got a diverse crypto portfolio, there’s a good chance you already have exposure to both Layer 1 and Layer 2 networks. Now, you understand the differences between the two as well as the different approaches to scaling that they offer.