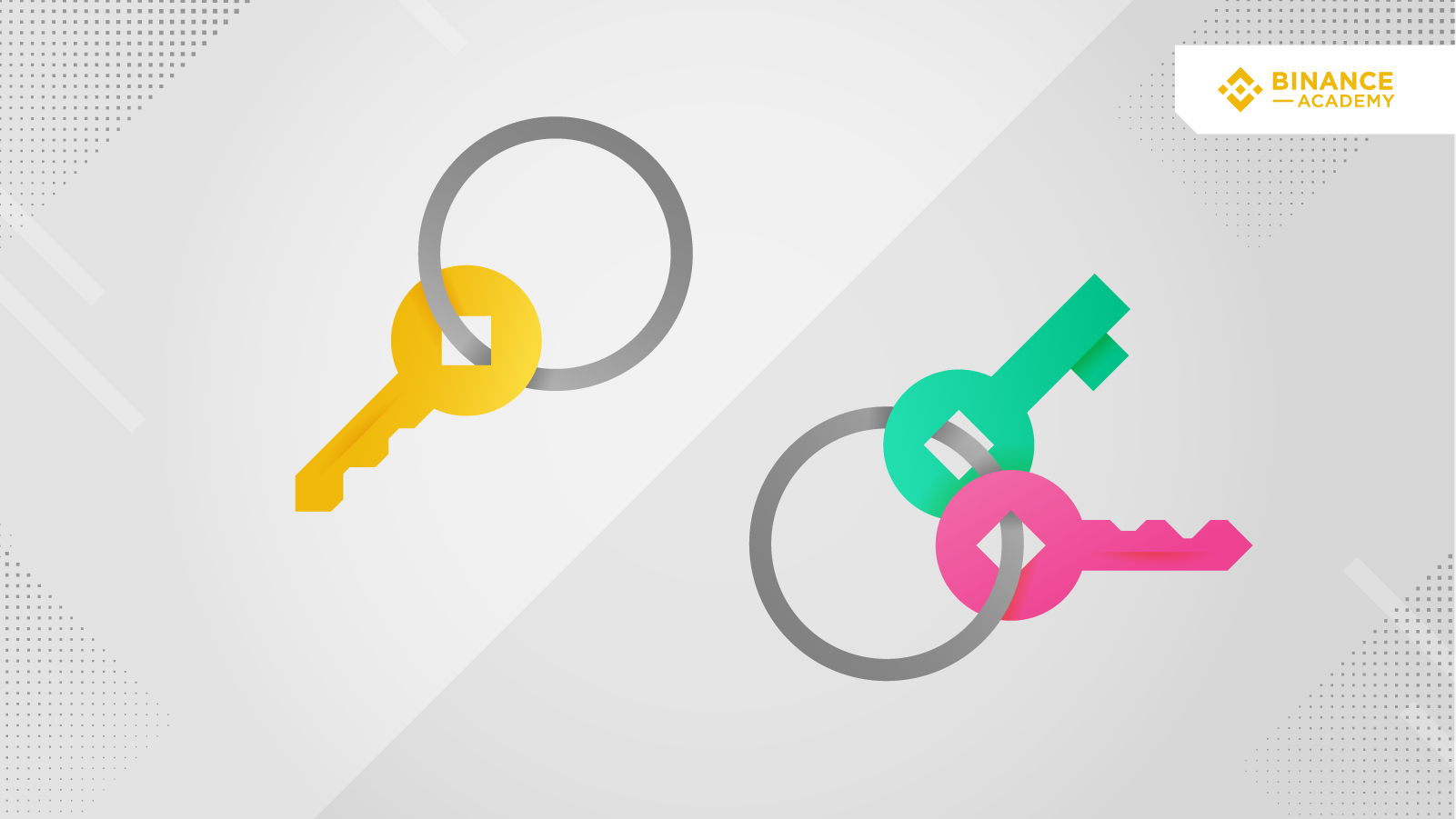 Therefore, we may represent these groups as follows:

This article will focus on symmetric and asymmetric encryption algorithms.

In cryptography, encryption algorithms generate keys as a series of bits that are used for encrypting and decrypting a piece of information. The way in which those keys are employed accounts for the difference between symmetric and asymmetric encryption.

For example, if Alice sends Bob a message that is protected by symmetric encryption, she needs to share the same key she used for encryption with Bob so that he can decrypt the message. This means that if a malicious actor intercepts the key, they are able to access the encrypted information.

Another functional difference between symmetric and asymmetric encryption is related to the length of the keys, which are measured in bits and are directly related to the level of security provided by each cryptographic algorithm.

In symmetric schemes, the keys are randomly selected, and their lengths are usually set at 128 or 256 bits, depending on the required level of security. In asymmetric encryption, however, there must be a mathematical relationship between the public and private keys, meaning that there is a mathematical pattern between the two. Due to the fact that this pattern can potentially be exploited by attackers to crack the encryption, asymmetric keys need to be much longer to present an equivalent level of security. The difference in key length is so pronounced that a 128-bit symmetric key and a 2,048-bit asymmetric key offer roughly similar levels of security.

Both types of encryption have advantages and disadvantages relative to one another. Symmetric encryption algorithms are much faster and require less computational power, but their main weakness is key distribution. Because the same key is used to encrypt and decrypt information, that key must be distributed to anyone who would need to access the data, which naturally opens up security risks (as previously illustrated).

Because of its greater speed, symmetric encryption is widely used to protect data in many modern computer systems. For example, the Advanced Encryption Standard (AES), is used by the United States government to encrypt classified and sensitive information. The AES replaced the previous Data Encryption Standard (DES), which was developed in the 1970s as a standard for symmetric encryption.

In many applications, symmetric and asymmetric encryption are used together. Typical examples of such hybrid systems are the Security Sockets Layer (SSL) and the Transport Layer Security (TLS) cryptographic protocols, which were designed to provide secure communication within the Internet. The SSL protocols are now considered insecure and its use should be discontinued. In contrast, the TLS protocols are deemed safe and have been extensively used by all major web browsers.

Do cryptocurrencies use encryption?

Encryption techniques are used in many cryptocurrencies wallets as a way to provide increased levels of security to the end-users. Encryption algorithms are applied, for example, when users set up a password for their crypto wallets, which means the file used to access the software was encrypted.

Therefore, not all digital signature systems make use of encryption techniques, even if they present a public and a private key. In fact, a message can be digitally signed without being encrypted. The RSA is one example of an algorithm that can be used for signing encrypted messages, but the digital signature algorithm used by Bitcoin (named ECDSA) does not use encryption at all.

Both symmetric and asymmetric encryption play important roles in keeping sensitive information and communications secure in today's digitally dependent world. Though both can be useful, they each have their own advantages and disadvantages and so are put to different applications. As the science of cryptography continues to evolve to defend against newer and more sophisticated threats, both symmetric and asymmetric cryptographic systems will likely remain relevant to computer security.