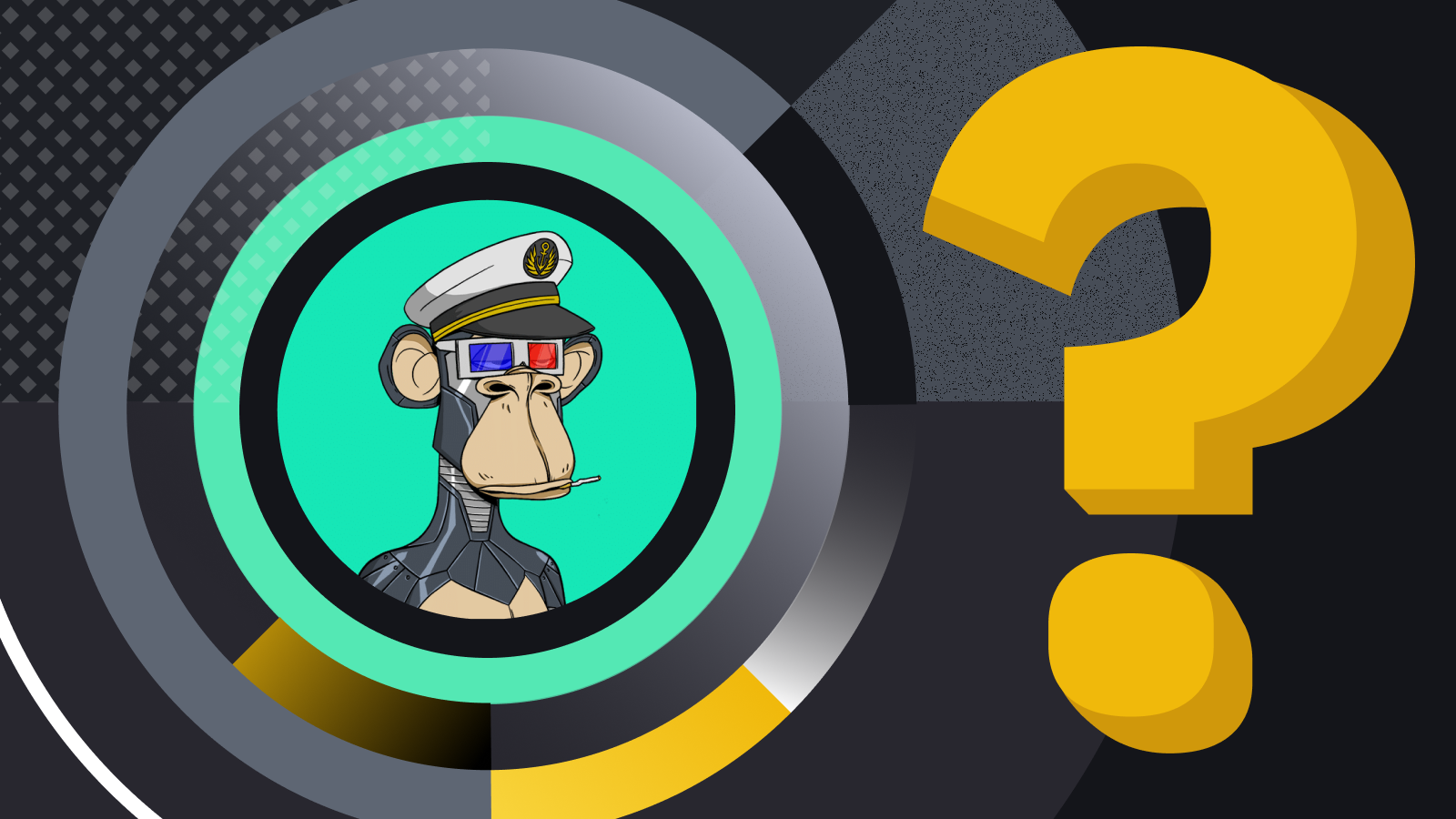 Bored Ape Yacht Club (BAYC) is a collection of 10,000 NFT Apes, each with completely unique traits. Some traits are rarer than others meaning that collectors place more value on them. By purchasing an Ape, you also get exclusive access to future collections and other perks as a member of BAYC.

BAYC holders were able to turn their Apes into Mutant Apes with a serum distributed via airdrop. The mutants were also minted in a public sale available for 3 ETH each. Holders of original BAYC Apes also got the chance to mint a Club Dog NFT for free. The club donated a royalty fee on secondary sales to animal charities.

Part of BAYC's success has been its focus on creating a universe and exclusive club behind the NFTs. With games like the Mutant Arcade, charitable acts, and club benefits, BAYC has maintained the hype and a relatively high floor price.

Keeping up to date with the latest NFT releases has become a real challenge. For every successful project, there are many more than don't make it. The once-successful formulas are now commonplace, but some still do manage to capture investors' imaginations. Bored Ape Yacht Club has seen massive popularity with the NFT ecosystem. But what exactly has it done to achieve its success? While the format is familiar, they've still managed to push boundaries in the NFT world.

The Bored Ape Yacht Club is a collection of 10,000 Non-Fungible Tokens (NFTs) styled as Apes created on the Ethereum blockchain. It takes inspiration from NFT projects like CryptoPunks, where each NFT looks totally unique and individual. Each Ape has a different rarity depending on what the Ape is wearing, doing, and its background.

The project was founded by Yuga Labs' four pseudonymous founders: Gargamel, Gordon Goner, Emperor Tomato Ketchup, and No Sass. Since their initial mint, BAYC has created new lines of NFTs, NFT upgrades, and an exclusive club for BAYC holders. These developments have kept up an interest in the project, leading to incredible sale prices like $3.4 million (USD) for the NFT below at Sotheby's.

Each Ape avatar is an ERC-721 NFT on the Ethereum blockchain. Each token is non-fungible, meaning that it is unique and not equally interchangeable with any other cryptocurrency or token. An Ape is made up of seven possible traits:

Each attribute has a variety of different looks and styles. For example, you can see below that an Ape can have solid gold, trippy, and noise fur, among others. Each look is limited to a certain number, so some are statistically rarer.

Usually, the rarest traits are traded at a higher price. When you look at an Ape's attributes altogether, you can begin to rank it by rarity. In other words, an Ape with a collection of rare attributes will often sell for a higher amount than one with common attributes.

What are the benefits of the Bored Ape Yacht Club?

Bored Ape owners can participate in exclusive clubs and areas of the BAYC. This includes first access to new NFTs, NFT upgrades, and other perks. Both the Mutant Ape Yacht Club (MAYC) and Bored Ape Kennel Club allowed BAYC members to take part for free. With both of these collections selling for high prices, the benefits of joining the BAYC are easy to see.

What is Mutant Ape Yacht Club?

MAYC is a collection of Apes similar to the original BAYC but with a zombie-like, mutant theme. Holders of the original 10,000 BAYC NFTs were airdropped a mutant serum vial of a random tier: M1, M2, and M3.

Yuga Labs claims that MAYC is the "final tier of membership" for Ape holders. From now, the team will focus on adding more utility and benefits to BAYC members.

What is the Bored Ape Kennel Club?

Bored Ape Kennel Club is another NFT collection from Yuga Labs distributed exclusively to Ape holders. Wallets containing an Ape were able to mint a Club Dog NFT with various attributes and rarities. These dogs were free to claim apart from the gas fee. Any secondary sales had a 2.5% royalty fee for a limited time which was donated to animal charities.

What is the Mutant Arcade?

Part of the attractiveness of BAYC is the story and atmosphere that comes with the NFTs. While CryptoPunks only has its NFTs, BAYC has created a thematic universe. One example of this was the small Mutant Ape Arcade released along with the MAYC collection.

What is the Bored Ape Yacht Club Bathroom?

The Bathroom is another member benefit where Ape holders can paint one pixel every fifteen minutes on a virtual bathroom wallet. The bathroom doesn’t offer anything else other than a community drawing board. However, just like the other club benefits, it helps keep collectors interested in the project and its universe.

Where can I buy a Bored Ape Yacht Club NFT?

BAYC and its other collections have become relatively expensive due to their popularity. They are only available on the secondary market as there are no more mint slots available. If you have the funds, you can purchase them on OpenSea and Rarible.

To purchase an Ape, you'll need to make sure your wallet has enough ether (ETH) to pay the cost and transaction fees. You'll also need to use a wallet that can connect to DApps, like Metamask or Binance Chain Wallet.

Bored Ape Yacht Club has successfully taken a popular NFT model and found new ways to innovate. By combining ethical charity donations, upgrades, and other membership bonuses, Yuga Labs has added excitement to the familiar CryptoPunks format. Just like the rest of the NFT community, there's a new upcoming focus on utility for NFTs rather than just collectability.