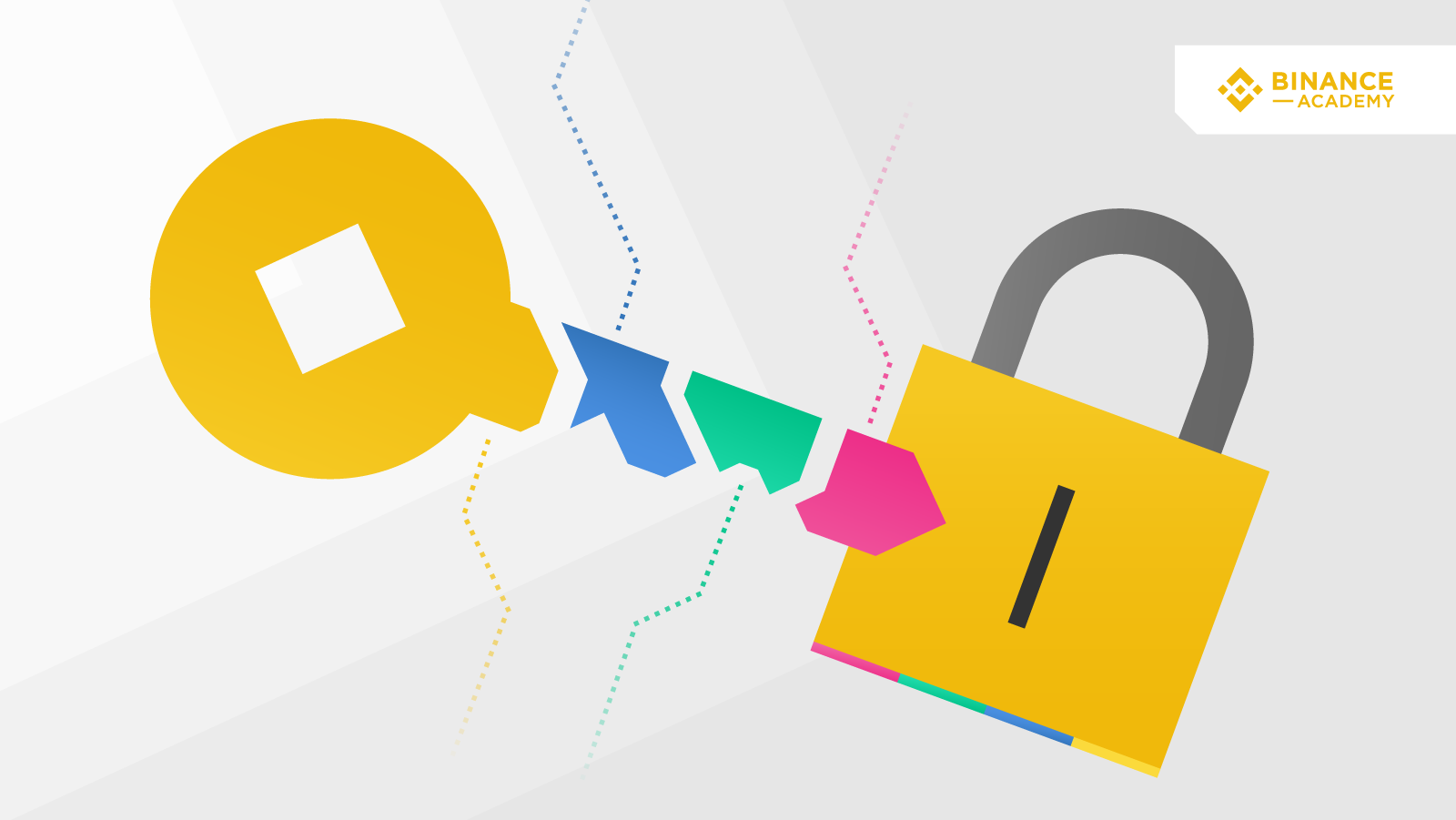 Advanced
Опубліковано Jul 21, 2019Оновлено Apr 29, 2021
12m
Author: Omer Shlomovits, ZenGo.
Threshold Signature Scheme (TSS) is a cryptographic primitive for distributed key generation and signing. The use of TSS in blockchain clients is a new paradigm that can provide numerous benefits, especially in terms of security. In the broader sense, TSS can influence the design of key management systems (such as crypto wallets) and lead the way for native support in DeFi use cases. Having said that, TSS is still a new technology, so the risks and limitations should also be considered.
In this article, we will cover what a TSS is, what are the potential advantages it brings to the blockchain space, how it can be implemented in a blockchain client, how it compares to Shamir secret sharing and Multisig, what are the different ways to use TSS for distributed key management and finally we discuss the risks and limitations.

The power of cryptography

To understand TSS, we first need some basic knowledge of cryptography. Since the 1970s, more and more Internet systems (such as TLS and PGP) employed asymmetric cryptography, which is also known as public key cryptography (PKC). PKC makes use of two keys: one public and one private. While the public key is no secret and can be published and used by anyone, the private key is a piece of secret information that represents the security of the system.
Encryption and digital signatures are the two most common usages for PKC. Both encryption and digital signatures schemes rely on sets of three algorithms. First is the private and public key pair generation, second is the generation of a ciphertext/signature, and third is the process of decryption/verification. In regards to digital signatures, the signing algorithm requires the private key, which is known only to its owner, to produce a unique signature. The signature is attached to a given message in a way that anyone holding the public key will be able to verify its authenticity and correctness.

There is no doubt that blockchain is a very powerful technology. It provides a consensus layer that organizes and records events. Such an infrastructure gives us, the users, potential power to build decentralized economies and even governments. Surprisingly enough, the cryptography needed to run a basic blockchain can be based solely on digital signatures. In the context of a blockchain, the private keys represent identities while a signature is a public statement or claim done by an identity. The blockchain will order the statements and validate them according to a set of rules, which ensure, among other things, that the signatures are unforgeable and correct.
In contrast to the more classical cryptography utilized in the blockchain, the modern cryptographic toolbox includes some awesome magic tricks: zero-knowledge proofs, homomorphic encryption, and multi-party computation, to name a few. As we saw over the past decade, blockchain research pushed applied cryptography tremendously, with recent breakthroughs in all of the above and much more.

In this article, we will focus on a single such breakthrough: efficient secure threshold signatures (TSS).

Multi-party computation (MPC) is a branch of cryptography that started with the seminal work of Andrew C. Yao, almost 40 years ago. In MPC, a set of parties that do not trust each other try to jointly compute a function over their inputs while keeping those inputs private.

As an example, let us say that n employees of a company wants to know who is getting paid the most but without revealing to each other their actual salary. Here the private inputs are salaries and the output will be the name of the employee with highest salary. Doing this computation using MPC we get that not even a single salary is leaked during the computation.

The two main properties of MPC are correctness and privacy:

We will use MPC to compute a digital signature in a distributed way. Let's see how the above properties can be applied to signatures. Recall that, for signatures, we have three steps:

To explain it in more detail, we start by describing briefly how new addresses are created on the classical blockchain design.  Simply put, we can create a new address by generating a private key, and then computing the public key from the private key. Finally, the blockchain address is derived out of the public key.

Now, using TSS, we would have a set of n parties jointly computing the public key, each holding a secret share of the private key (the individual shares are not revealed to the other parties). From the public key, we can derive the address in the same way as in the traditional system, making the blockchain agnostic to how the address is generated. The advantage is that the private key is not a single point of failure anymore because each party holds just one part of it.

The same can be done when signing transactions. In this case, instead of a single party signing with their private key, we run a distributed signature generation between multiple parties. So each party can produce a valid signature as long as enough of them are acting honestly. Again we moved from local computation (single point of failure) to an interactive one.

It is important to mention that the distributed key generation can be done in a way that allows different types of access structures: the general “t out of n” setting will be able to withstand up to t arbitrary failures in private key related operations, without compromising security.

Some blockchains offer TSS functionality as a built-in or programmable part of the software. We call this functionality multisig or multi-signature. To better understand the differences, we can look at multisig as a TSS in the application layer of the blockchain.

Put differently, both multisig and TSS are essentially trying to achieve similar goals, but TSS is using cryptography off-chain, while multisig happens on-chain. However, the blockchain needs a way to encode multisig, which might harm privacy because the access structure (number of signers) is exposed on the blockchain. The cost of a multisig transaction is higher because the information on the different signers also needs to be communicated on the blockchain.

In TSS, the signers’ details are folded into a regular looking transaction, reducing cost and maintaining privacy. On the other hand, multisig can be non-interactive, which saves the trouble of running a complex communication layer between the different signers.

The main point of difference is that multisig is blockchain-specific and needs to be reimplemented for every blockchain, and in some cases, it is not supported at all. Conversely, TSS is relying on pure cryptography, so support is always possible. A great article with illustrations on the differences can be found here.

The Shamir secret sharing scheme (SSSS) provides a way to store the private key in a distributed manner such that while the private key is at rest, it is stored in multiple locations. There are two differences between SSSS and TSS:

As we can see, in TSS the private key (which represents the security of the system) is never at a single location throughout its entire lifetime.

A wallet based on TSS technology is a bit different than traditional cryptocurrency wallets. Typically, a conventional wallet generates a seed phrase and use it to deterministically derive the addresses. The user can later use this hierarchical deterministic (HD) structure to 1) reach the private keys that correspond to the wallet addresses and sign transactions with them, and 2) to recover all wallet keys using the seed phrase.

In a threshold wallet, things are more complex. Although it is possible to generate an HD structure, its generation must be computed in a distributed manner, as another MPC protocol. The parties need to jointly decide on what is the next key to be used. In other words, each party will have a seed phrase of its own. The seed phrases are generated separately and never combined so that one party alone can’t derive the private keys from its seed.

Such a structure adds a time dimension to the security, which means an attacker must be at multiple locations at the same time to attack a threshold wallet. Combining secret shares before rotation and after the rotation will give the attacker no extra power if they want to forge a signature.

A downside of this type of wallet is that the lack of a seed phrase makes it incompatible with single-key wallet systems. So it’s important to consider which parties will hold the secret shares.

There are a few possible architectures:

The first method offloads the heavy TSS computation from the user client side. On the other hand, the service providers can collude (we assume enough of them are not attacked at the same time, but in practice, they might) and steal the assets of the user.

The second method gives the user full control but makes it cumbersome to conduct transactions as you need multiple devices to go online and engage with the TSS computation.

The third option is considered the best of both worlds as it gives the user an easy and fast way to conduct transactions but without compromising on having transactions done without the user authorization.

Over the years, researchers have found many uses for digital signatures, and some are surprisingly non-trivial. As mentioned, TSS is a cryptographic primitive that can greatly increase security. In the context of blockchains, we may say that many functionalities can be replaced with TSS-based cryptography. Decentralized applications, layer 2 scaling solutions, atomic swaps, mixing, inheritance, and much more can be built on top of a TSS framework. This would eventually allow for expensive and risky on-chain smart contract operations to be replaced by cheaper and more reliable alternatives.
To give some concrete examples: Multi-Hop Locks makes use of two-party signatures in a clever way and can be used as an alternative to Bitcoin lightning network with a more secure and private payment channel network. ShareLock is probably the cheapest on-chain mixing solution for Ethereum, based on verification of a single threshold signature.

In the last couple of years, there was a significant increase in TSS implementations. However, as a relatively new technology, it still has some limitations and concerns. Compared to classic public key cryptography, TSS protocols can be very complex and are yet to be “battle-tested”. Usually, TSS requires additional, weaker, cryptographic assumptions compared to simple digital signatures. As a result, cryptographic attack vectors that did not exist in traditional setups are now being discovered (see this presentation from Breaking Bitcoin Conference 2019). Security engineers and applied cryptographers can assist in safely deploying TSS in your system.

On the positive side, existing and new implementations are becoming stronger due to an increase in quality contributions, peer reviews, audits, and algorithmic performance improvements.

In this article, we introduced the basics of the threshold signature scheme (TSS), which is a fascinating cryptographic primitive that has the potential to change significantly the way we use blockchain.