A candlestick is a graphical representation of the price action of a trading asset. It allows chartists and traders to visualize the open, high, low, and closing prices within a specific time period.

While candlestick charts may also be used for analyzing other types of data, they were initially created as a tool that facilitates the analysis of financial markets. The concept of candlesticks is said to originate from Japanese traders back in the 17th century.
For instance, a 1-hour chart consists of multiple candlesticks, each one illustrating a 1-hour market movement. Each candlestick displays the opening and closing prices (body of the candlestick), as well as the high and low price points (long lines above and below the body, also known as wicks). 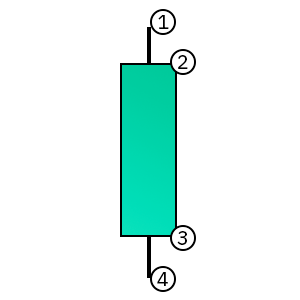 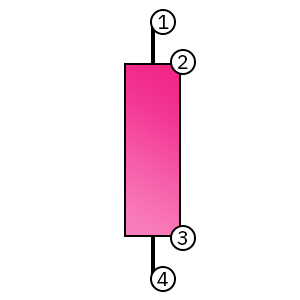 Among the many varieties of charts, the candlestick is likely the most popular between traders and chartists. Possibly because candlestick charts are visually easier to interpret, as opposed to the conventional line and bar charts.

Since its creation, candlestick charts have been used and studied extensively and are now a crucial part of financial markets. So, learning how to read candlesticks and how to identify their patterns is one of the most basic and vital steps of any aspiring trader.

The lines extending from the colored bar in a candlestick chart that indicate the full low-high range of a ...

The trading 'symbol' or shortened name (typically in capital letters) that refer to a coin on a trading pla...

A line found on a candlestick chart which is used to indicate where the price of an asset is fluctuating in...