Blockchain and Artificial Intelligence - the Future of Technology Explained
Зміст
What is artificial intelligence (AI)?
The synergy of AI and blockchain
Closing thoughts
Tech
Blockchain
Use Cases 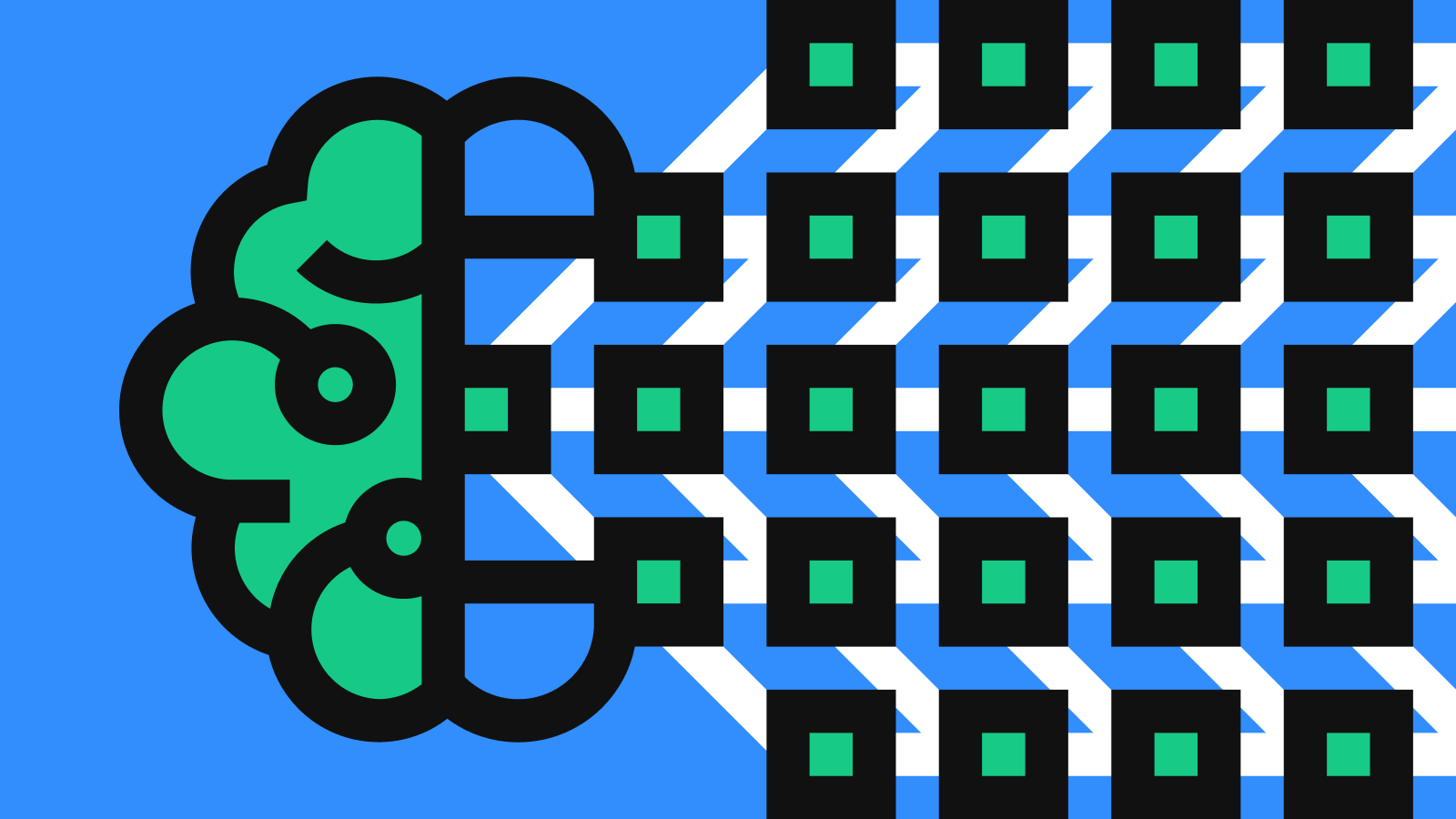 Blockchain and Artificial Intelligence - the Future of Technology Explained

What is artificial intelligence (AI)?

Artificial intelligence is the ability of a program to learn. It is also the science and engineering of intelligent computer programs. These algorithms can understand patterns and solve problems using large sets of data and without human commands. They analyze external input data, learn from it, and use that knowledge to achieve specific goals by performing tasks.

On a basic level, there are two main types of AI – narrow AI and strong AI.

Narrow AI targets specific or limited tasks such as facial recognition, spam filtering, or playing chess. Strong AI, on the other hand, would be capable of handling a wide range of tasks instead of one particular task. It could potentially have human-level cognition and would be able to complete any intellectual task that a person could. Narrow AI exists today, while strong AI has yet to emerge – as a matter of fact, many experts question whether it is even possible.

It is impossible to predict the potential effects of strong AI, but many believe the future of blockchain and AI will likely be intertwined. One could argue that they will be among the most significant technologies of the coming decades.

For this reason, it’s important to take a closer look at how they may interact in the future.

The synergy of AI and blockchain

Mining requires a lot of computational power and energy. Distributed ledgers sacrifice efficiency for properties such as immutability and censorship-resistance. AI can be very efficient in optimizing energy consumption, which could come in handy for improving mining algorithms.
One of the main counterarguments against using blockchain systems is the extremely high energy requirement. The desired cryptoeconomic and security properties introduce computational tasks that otherwise wouldn’t be necessary. Reducing the consumption of Proof of Work blockchains would benefit the whole industry and could foster the mainstream adoption of blockchains.
AI could also optimize the storage needs of blockchains. Since the transaction history is stored in all nodes, the size of the distributed ledger can quickly add up to a large amount. If the storage requirements are high, the barrier of entry is also higher, which potentially reduces the decentralization of the network. AI could introduce new database sharding techniques that would make the size of the blockchain smaller and storing data on it more efficient.

Data is an increasingly valuable asset that not only needs to be securely stored but also exchanged. Effective AI systems are strongly dependent on data, something blockchains can store with an extremely high degree of reliability.

A blockchain is essentially a secure, distributed database that is shared by all participants in the network. Its data is stored in blocks, and each block is cryptographically linked to the previous one. This makes it incredibly difficult to modify information stored without hijacking network consensus in some way, for example, through a 51% attack.

Decentralized data exchanges aim to create a new data economy running on top of blockchains. These exchanges would make data and storage available for anyone (or anything) to easily and securely access. In connecting to this data economy, AI algorithms could use a larger set of external inputs and learn faster. On top of this, the algorithms themselves could also be exchanged in these marketplaces. This would make them more accessible to a wider audience and could speed up their development.

Decentralized data exchanges have the potential to revolutionize the data storage space. Essentially, anyone would have the ability to rent out their local storage for a fee (paid in tokens). In turn, existing data storage service providers would have to improve their services to stay competitive.

Some of these data marketplaces are already up and running, though they are in their early stages of maturity. By incentivizing data and storage providers to maintain high data integrity, AI systems will also benefit.

Training AI doesn't only require quality data from which the algorithms can learn but also a lot of computing power. AI algorithms often use a type of computing system known as an artificial neural network (ANN). ANNs learn to perform tasks by considering a lot of examples. These ANNs often require serious computational power to crunch through millions of parameters to perform a designated task.

If data can be shared across a blockchain network, why can't compute power? In some blockchain implementations, users can effectively lend their machines’ computing power in a peer-to-peer (P2P) marketplace for those seeking to execute complex computations. The users are incentivized to provide computing power by getting tokens in return.

AI systems could be trained on these computing platforms much more effectively and with decreased cost. While early use cases deal primarily with rendering 3D computer graphics, the focus might slowly shift towards AI.

As these Decentralized Applications (DApps) develop, companies that provide computing power may see an influx of competition. By allowing users to earn revenue by renting out their idle computing power, large amounts of it will be used more efficiently. In theory, when not in use, every single CPU or GPU in the world could be working as a node in a decentralized supercomputer.

Decisions made by AI systems can be hard for humans to understand. These algorithms can work with such an abundance of data that it would be practically impossible for any human to audit and replicate their decision-making process.

If decisions are recorded based on every data point, there is a clear audit trail for humans to check, which could increase the trust in decisions made by AI algorithms.

If these two technologies can live up to their potential, they'll undoubtedly create a lasting impact. While many companies are leveraging them separately, there are some interesting use cases where they can be combined.

As both technologies develop further, more innovation may be uncovered through the harnessing of blockchain tech and AI simultaneously. The potential results are hard to assess, but it’s quite certain that they will lead to improvements in many aspects of our economy.