What Is SKALE (SKL)?
Table of Contents
Introduction
What is SKALE?
How does SKALE work?
Multichain
The SKALE network
What is SKL?
How to buy SKL on Binance?
Closing thoughts
Altcoin 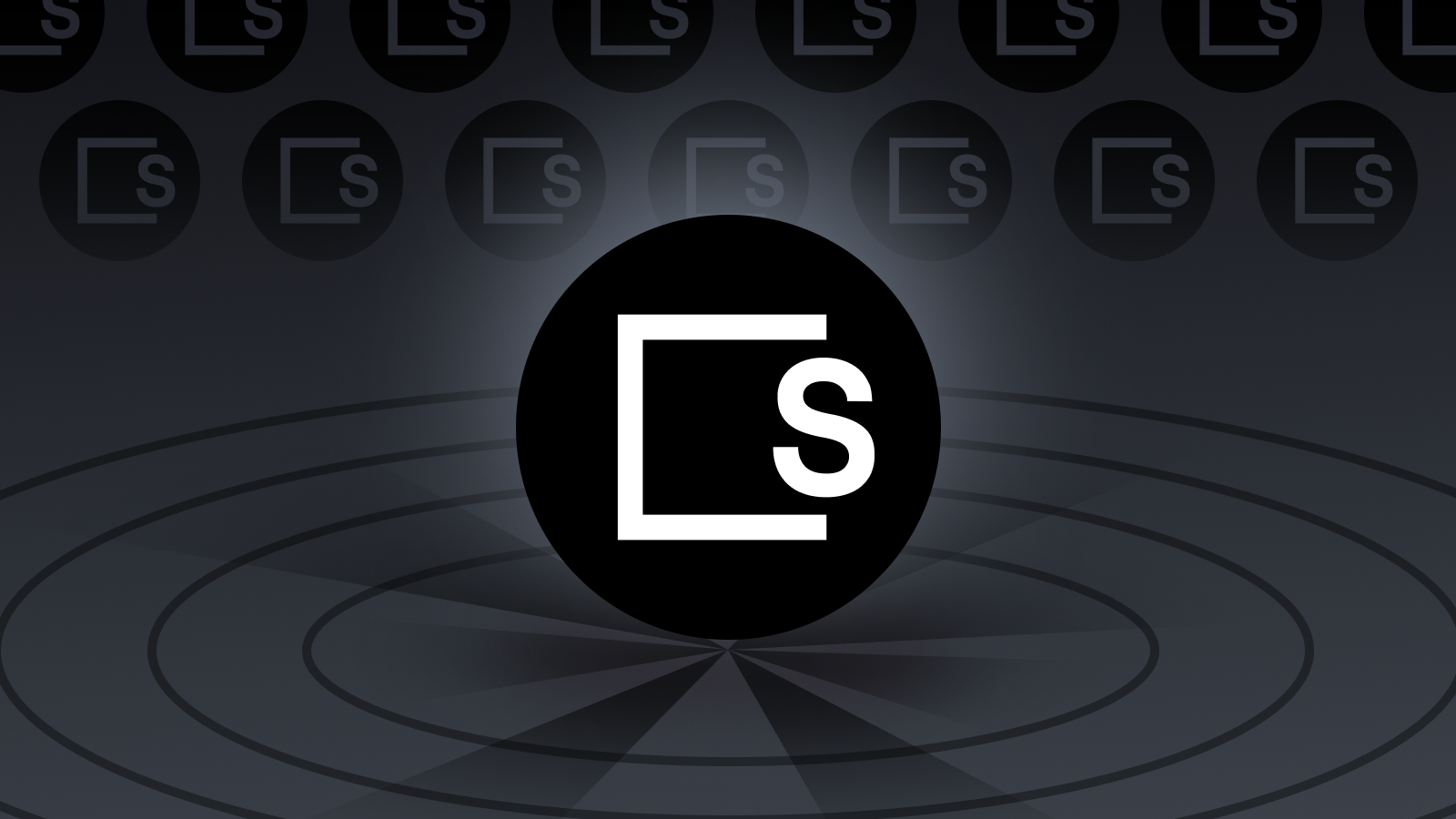 HomeArticles
What Is SKALE (SKL)?

SKALE is made up of a potentially unlimited number of blockchains that are modular, fast, and secure. It operates in an integrated manner with the Ethereum blockchain. Developers can take advantage of Ethereum’s security by migrating their DeFi projects to their own SKALE chains to achieve high throughput and low-to-zero gas fees.

Popular blockchains that see ever-increasing user and developer activity often hit their limits in speed and capacity. At the same time, a frictionless user experience is highly needed for the blockchain community to create a Web3 future. SKALE is one of the projects built to support the exponential growth of decentralized applications (DApps) on the Ethereum network.

SKALE is a modular layer-1 and layer-2 hybrid network made up of scalable, interconnected blockchains. It enables developers to migrate their projects from the Ethereum network onto one of the SKALE-administered blockchains to achieve high throughput with minimal gas fees.

Founded in 2018 by Jack O’Holleran and Stan Kladko, SKALE was designed to improve the overall user experience in the blockchain space. Its vision is to make blockchain applications fast, easy, and free for all users. Through its EVM (Ethereum Virtual Machine)-compatible blockchains, SKALE creates a fast, gas-free ecosystem to support the development of NFTs, games, DApps, and more.

SKALE operates in an integrated manner with Ethereum while running its own consensus mechanism. This design takes advantage of ETH’s proof-of-stake (PoS) network and combines it with SKALE’s to offer high-speed, secure, and low-to-zero gas fee transactions. It also benefits Web3 and DeFi applications in terms of cost and performance, contributing to Ethereum's ability to scale for mass adoption.

SKALE is a multichain network. There can be a potentially unlimited number of SKALE chains that can operate as independent blockchains. These blockchains are interoperable and EVM-compatible, meaning users can deploy their existing Ethereum-based smart contracts directly to the SKALE chains and enjoy high throughput and low latency. Developers can also use SKALE chains to run smart contracts, decentralized storage, execute rollup contracts, and much more.

SKALE has also modified the existing EVM functionality to allow for more smart contract use cases. For example, users can deploy SKALE chains with a FileStorage smart contract to store larger files on network nodes. The interchain messaging ability also makes it possible to transfer tokens and NFTs across different SKALE chains.

On SKALE, each blockchain is highly configurable. Users can choose the chain size, consensus protocol, virtual machine, parent blockchain, and additional security measures according to their needs. The network is expected to grow to support blockchains other than Ethereum in the future.

To use a SKALE chain, developers need to pay a network subscription fee, which is delivered through a smart contract on Ethereum. The fees will be shared with validators and the SKALE community.

SKALE utilizes a network of decentralized nodes to create a pooled security system. Each node provides resources to multiple SKALE chains, including storage, monitors uptime and latency, and provides node owners with an interface to withdraw, deposit, stake, or claim the native utility token, SKL. Each SKALE chain added to the network can create more capacity while pooling security resources with the other sidechains.

The SKALE network consists of SKALE Manager and SKALE Nodes. SKALE Manager exists on the Ethereum mainnet. It is the entry point to all other smart contracts in the SKALE ecosystem, supporting the creation and destruction of SKALE chains.

SKALE Nodes are run by users that stake a predetermined amount of SKL tokens on Ethereum and fulfill the network hardware requirements. Once admitted to the network, they can support one or several SKALE chains. The SKALE Manager will randomly assign each node to a group of 24 peer validators to ensure decentralization. The peers will then audit the node’s uptime and latency. Based on their performance at the end of each network epoch, they will be rewarded with SKL tokens.

SKL is the native cryptocurrency and utility token of SKALE. It has a total supply of 4.27 billion tokens.

SKL is an ERC-777 token that is backward-compatible with the ERC-20 standard. It supports token-level delegation, a secure way of non-custodial staking. Instead of locking funds in a smart contract, users can stake SKL with a delegation key from their wallets.

The SKALE token is used for payments on the network, including SKALE chain subscriptions. Token holders can stake SKL as validators or delegators and earn rewards. As validators, they can run nodes to validate transactions, execute smart contracts, and secure the SKALE network. This earns them SKL rewards derived from the SKALE chain subscriptions. If SKL holders choose to stake as delegators, they will only earn a portion of the validator’s rewards.

In addition, SKL gives token holders the right to participate in the governance of the SKALE network. Through on-chain voting, they can determine SKALE’s economic parameters and the direction of future development.

3. Go to the [Spot] box and enter the amount of SKL to buy. In this example, we will use a Market order. Click [Buy SKL] and the purchased tokens will be credited to your Spot Wallet. 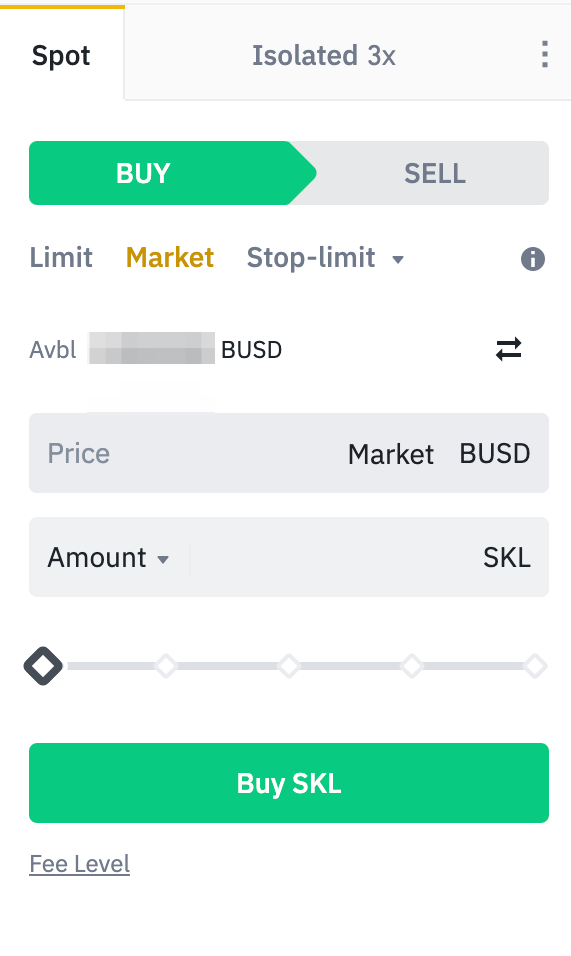 As DApps usage increases, SKALE has the potential to grow exponentially with its dynamic multichain network. By offering high throughput, low costs, and low latency of transactions, SKALE could be a viable scaling solution to the Ethereum blockchain.