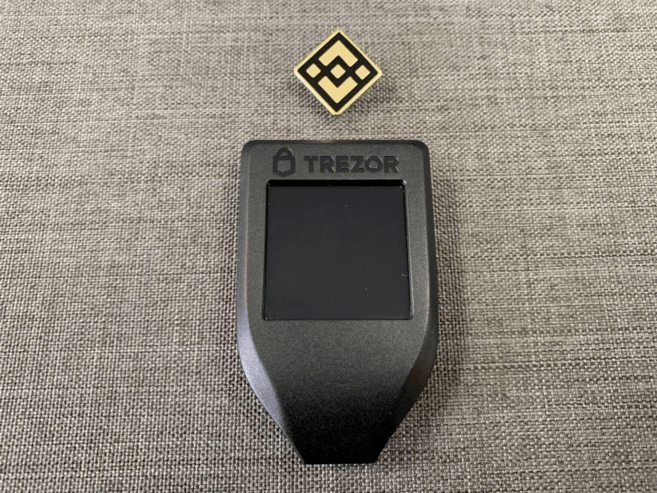 To users of the Trezor One, the Model T will feel both familiar and different at the same time. The Model T is noticeably bulkier than the previous model, but remains small enough to fit snugly in the palm of your hand.

The biggest difference is the new screen, whose colorful touch display replaces both the monochrome screen and two buttons of the Model T’s predecessor. Support for SD cards has also been integrated, though it has yet to serve any use.

For now, the traditional seed phrase backup is still required. The device will randomly generate 12 words, which must be written down and stored in a safe place. In the case of the Trezor’s failure, these can be used to access the user’s funds. Note that coins can’t be recovered without a backup.

The Trezor Model T runs on open-source firmware that supports thousands of coins and tokens. Users can manage funds via the company’s web portal, or through third-party desktop or mobile apps. For those that want additional features (i.e. multisignature Bitcoin transactions), popular wallets like Electrum provides functionality that isn’t available on the Trezor portal.

For those that use two-factor authentication, the device can equally be used as an added layer of security for logins under the U2F standard. To top it off, it also functions as a password manager.

To be sure of the integrity of a hardware device, it should be ordered only from the manufacturer or official resellers. Ensure that the packaging has not been tampered with before use.

The Trezor Model T follows in the footsteps of its predecessor. In 2018, SatoshiLabs added to its inventory with a hardware wallet that improves on many of the Trezor One’s features. With a color touchscreen, an SD card slot, and support for thousands of coins, the Model T delivers many of the features one would expect from a modern crypto hardware wallet.

For those that don’t mind spending a bit extra, the Trezor Model T provides a much smoother user experience than minimalist alternatives.