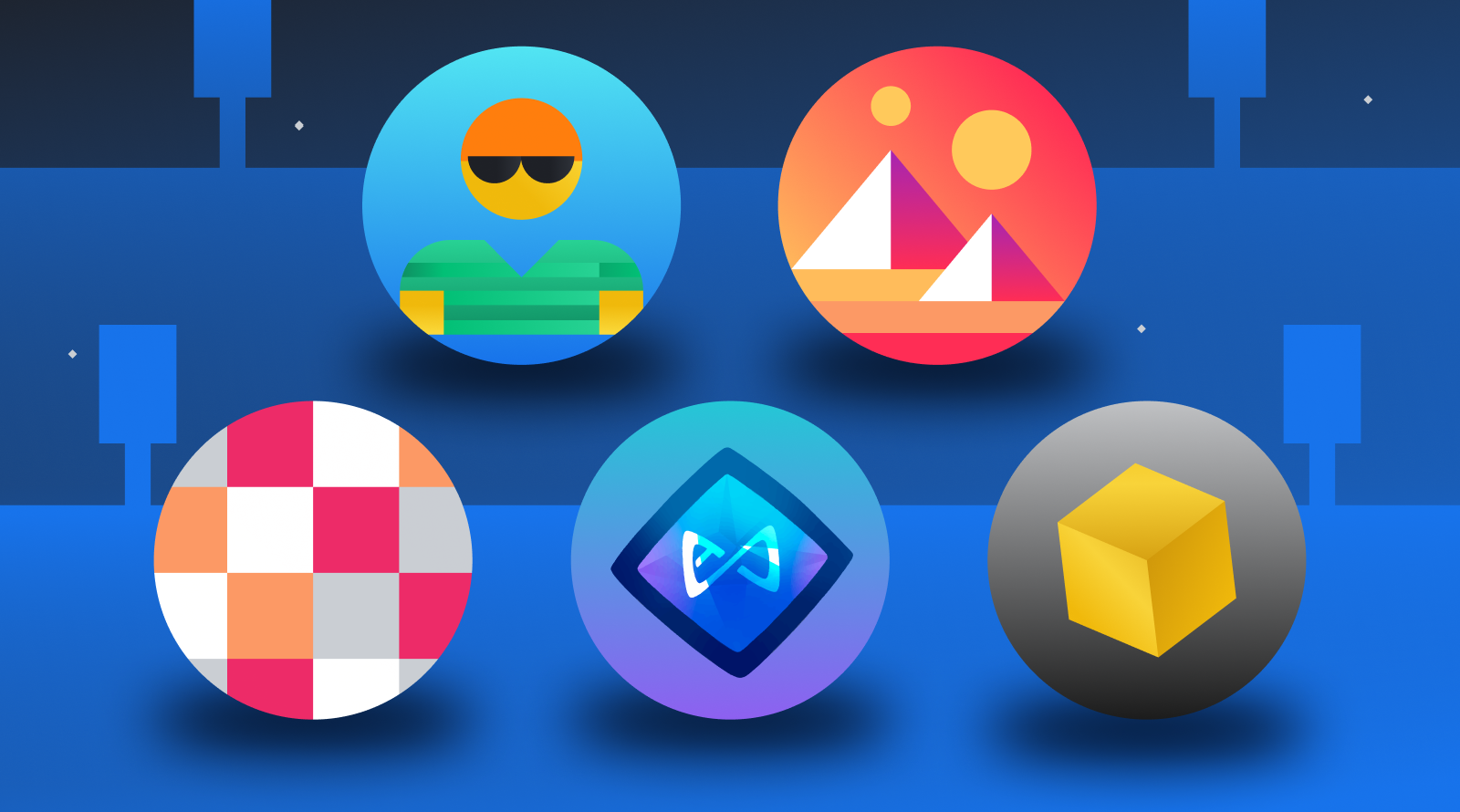 5 NFT Projects You Should Know

The interest in NFTs has exploded. While many NFT projects had a small community of enthusiasts since their early existence, 2021 has brought forth a bit of an NFT bubble.

Many thought DeFi would bring mainstream adoption to the crypto space. However, it seems like the value proposition of NFTs is much easier to grasp for people not involved with blockchain technology. As such, some NFT projects have even entered the mainstream. But which ones are they?

First, if you’d like to get an overview of what an NFT is, check out A Guide to Crypto-collectibles and Non-fungible Tokens (NFTs).
In short, NFTs are unique digital items secured by cryptography. They can represent digital collectibles, game items, pets, memes, even liquidity provider (LP) positions in DeFi.

Some less explored use cases include representing ownership of real-world assets, such as real estate or art. It will likely also be possible to tokenize high-value items like a vintage car and split its ownership between multiple people. In such a case, each of them would own a fraction of the car.

However, most of the popular uses of NFTs have been for digital items so far. Let’s go through them.

You’ve probably already heard about this NFT sale. It’s one of the rare cases when an event in the crypto universe breaches into the mainstream. Digital artist Mike Winkelmann, better known as Beeple, has swept the art world by selling an NFT for $69M worth of ETH. The sale was facilitated by auction house Christie’s. Beeple had previously not sold a print for more than $100 and overnight became one of the highest-valued living artists in the world.

What could be the reason behind his work being so highly valued? Well, Beeple has already had a large fanbase thanks to his series, where he creates and uploads an artwork every day. Apparently, he hasn’t missed a single day in the last 14 years. The piece itself is titled “Everydays - The First 5000 Days”, and it’s a collage of his artworks from the first 5000 days of the project.

Beeple’s sale is a huge milestone in this next chapter of digital art and shows that NFTs aren’t simply a gimmick that will fade away.

As of March 2021, NBA Top Shot is one of, if not the most successful NFT projects out there. According to the Block’s data dashboard, NBA Top Shot has the most users out of any NFT project. While this data doesn’t take into account marginal smaller NFT projects, that is an impressive feat.

NBA Top Shot is a project by Dapper Labs where users can buy packs of unique digital artwork that feature famous NBA moments as NFTs.

What can its success be attributed to? Well, the NBA brand is definitely a significant factor. Issuing collectibles related to a game that many people are already interested in is an easier sell than a digital pet. The other aspect may be the user experience. NBA Top Shot doesn’t feel like a blockchain product at all, which lowers the barrier of entry for most people.

Have you ever tried introducing your friends to DeFi or yield farming, only to find out that the products are just too hard to use for beginners? Well, we do have some useful guides like the one for MetaMask, but the user experience still has a long way to go until it can become more grandma-friendly.

NBA Top Shot avoids this by stripping away from the decentralization aspects to improve user experience. It’s likely that many users don’t even know they’re using a blockchain-based product at all – that may be considered a success in itself.

Cryptopunks are one of the earliest NFTs ever to exist on Ethereum. They have been available for years and had moderate interest surrounding them until the NFT bubble of 2021.

Cryptopunks is a project by Larva Labs. It features 10,000 unique collectible ‘characters’ on Ethereum. No two are alike.

Claim for free and then sell for millions? Not a bad investment at all. Though it’s worth noting that buying the “first” of anything usually brings a price premium, and returns like this are unlikely in the future.

Axie Infinity is a blockchain game where players can breed virtual pets called Axies. You can think of it as a combination of Pokémon and CryptoKitties. Players own and control these pets, or they can trade them with other players. They can battle monsters together in Adventure mode or face off each other in a PvP (player vs player) battle.

As for the technical background, Axies follow the ERC-721 standard on Ethereum. The game also features items and land, all of which are NFTs.
Axie Infinity has been one of the most popular NFT games on Ethereum. With the launch of the Rhonin sidechain, the high gas fees should also be less of an issue for players. Interested to know more about the game? Check out our detailed article about Axie Infinity.

Decentraland is a blockchain-based virtual reality game. Players can develop and trade LAND, virtual land that’s represented by an ERC-721 token. Each piece of LAND is unique, and the owners can choose what content they wish to fill up their land with. This can range from a simple scene to an interactive game.

Players can purchase LAND with the native token of the platform, MANA. In some sense, Decentraland has its own economy, where players can interact with each other in various ways and monetize their activity. Unlike other similar virtual reality games like Second Life, however, Decentraland is entirely controlled by a decentralized set of actors.

It’s undeniable that digital collectibles are here to stay. If anything, NFT marketplaces are just going to get more popular.

Even so, on a long enough time frame, it’s likely that most NFTs will go to zero. In addition, liquidity for NFTs works much differently than the liquidity you’re used to on a market like BTC/USD, so be mindful of that when considering picking up some.