What Is BitTorrent (BTTC)?
Πίνακας περιεχομένων
Introduction
What is BitTorrent?
How does BitTorrent work?
BitTorrent Speed
BitTorrent File System (BTFS)
DLive
What is BTTC?
How to buy BTTC on Binance?
Closing thoughts
Altcoin 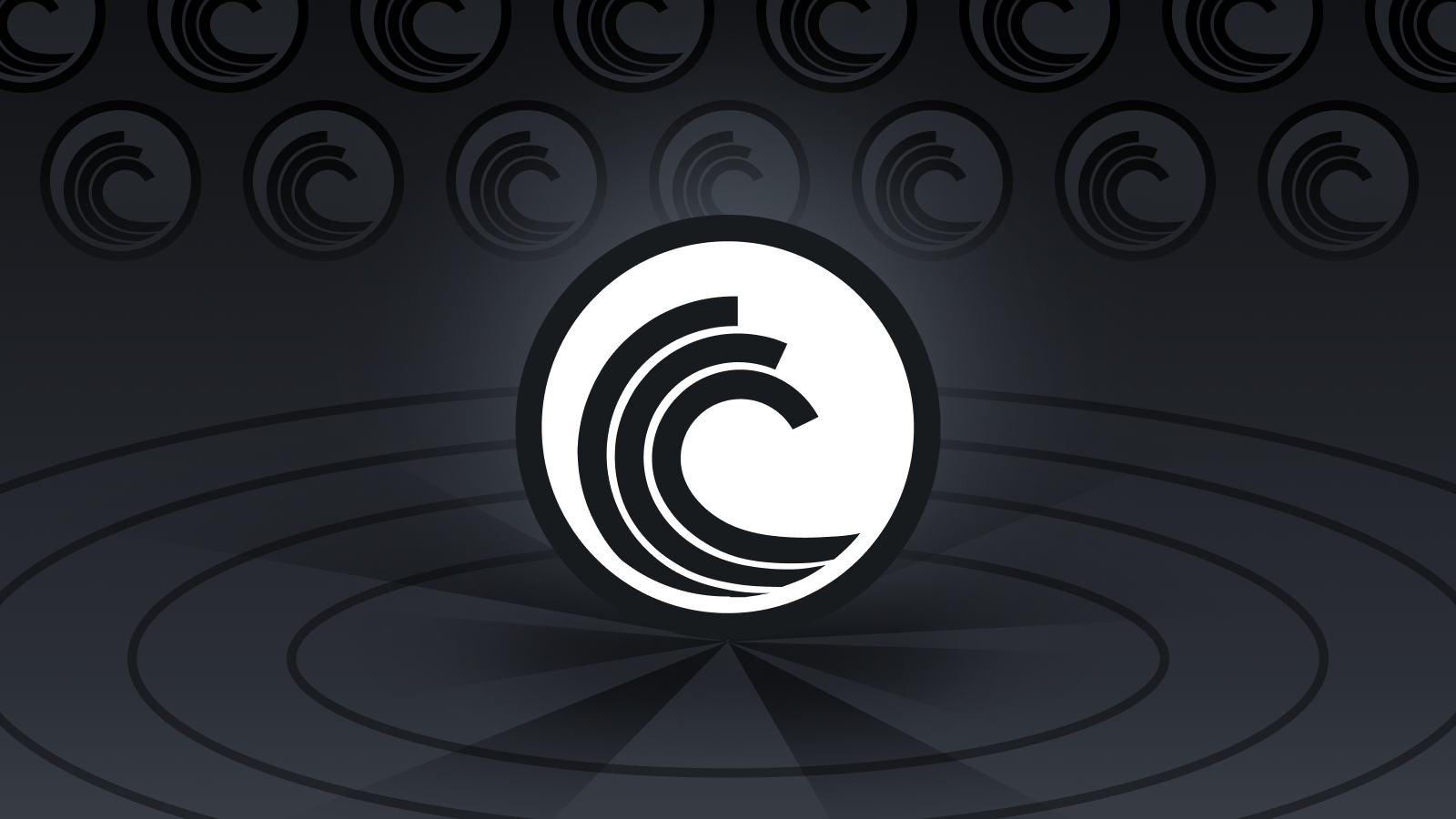 What Is BitTorrent (BTTC)?

BitTorrent is one of the largest decentralized peer-to-peer (P2P) file-sharing platforms. It’s powered by the Tron blockchain and BTTC, a TRC-10 utility token. BTTC is used to incentivize users on the network to provide their local computer resources for fast download speed and secure decentralized storage. The BitTorrent ecosystem also features a community-based live streaming platform, where content creators and viewers can earn and stake BTTC rewards.

In the 2000s, a common way to download music and movies over the Internet for free was using peer-to-peer (P2P) platforms like BitTorrent. Despite its popularity, one of the biggest challenges for users was the long hours it took to find and download their desired content, as most users weren’t incentivized to continue sharing files to the network once they received their content.

BitTorrent is one of the largest and longest-standing P2P platforms for data and file sharing. Initially released in 2001 when the Internet was just starting to catch on, BitTorrent revolutionized the way users download and obtain entertainment media and other large files and data.

Later in 2018, BitTorrent was acquired by the Tron Foundation. It relaunched as a decentralized P2P platform on the Tron blockchain, featuring various new tools and integrated a TRC-10 token, BitTorrent (BTTC), to incentivize its network participants.

How does BitTorrent work?

The original BitTorrent platform was founded by Bram Cohen and David Harrison to facilitate the interchange of entertainment media, such as movies and music, among Internet users. BitTorrent does not store content on a single server. Instead, the files and data are distributed and hosted across their users’ computers. When a user downloads a file, they will receive pieces of that file (the torrent) from multiple providers within the network, after which they can remain connected to the BitTorrent network and “seed” the file to other users.

Within the BitTorrent network, anyone with the complete file can become a seeder. The more seeders support a file, the quicker the download speed. However, there was little incentive for users to remain connected to the network after downloading a file. To enhance the file transferring speed, BitTorrent launched an upgraded version of the BitTorrent protocol that adopts the native cryptocurrency BTTC.

Powered by blockchain technology, BitTorrent Speed enables faster download speed through an incentive system. To request a file, users (“service requestors”) need to submit a bid to specify how many BTTC tokens they are willing to offer to those seeding the file. Once the other parties (“service providers”) accept their bid, the service requestor needs to transfer the agreed-upon BTTC amount into escrow in a payment channel on the Tron blockchain. The BTTC will be credited to the providers after the file is transferred, and the transaction will be logged on the Tron blockchain.

BitTorrent Speed uses BTTC to incentivize users to continue seeding files, which can significantly increase the file-sharing efficiency and accelerate the download speed. With more readily-available files on the P2P network, this could also benefit users that are still using the free BitTorrent client to download files from their peers.

The BTFS network consists of millions of BTFS nodes called renters and hosts. Renters are users who rent storage on the network and hosts are those that share their idle disk space for BTTC rewards. When renters use the BTFS service, their files will be sharded and distributed to multiple reputable hosts on the network. Through advanced encoding methods and file repairing technologies, BTFS can guarantee the confidentiality and security of the files, and users can access them conveniently without interruptions.

In 2020, BitTorrent acquired DLive, a community-based blockchain live streaming platform, to offer more decentralized services in the BitTorrent ecosystem. In contrast to traditional platforms, both creators and viewers are rewarded for their contributions to the platform. Users who watch, chat, gift, and share content can also earn BTTC rewards. In addition, the BTTC can be staked to earn more rewards and to unlock premium services on DLive.

BTTC is a TRC-10 utility token of the BitTorrent ecosystem, with a total supply of 990 billion. It was launched to build a token-based economy for networking, sharing bandwidth, and storage resources on the BitTorrent network.

BTTC can be used as payment for P2P services on the network, including paying for decentralized storage space, bidding for file downloading bandwidth, rewarding those who provide these services, and more. BitTorrent plans to utilize BTTC beyond the current use cases, such as crowdfunding the creation of new content, purchasing downloadable assets directly from creators, and tipping live streaming content creators with BTTC gifts on DLive.

How to buy BTTC on Binance?

You can buy the BitTorrent Chain token (BTTC) on cryptocurrency exchanges like Binance.

2. Search “BTTC” to see the available trading pairs. We’ll use BTTC/BUSD as an example.

3. Go to the [Spot] box and enter the amount of BTTC to buy. In this example, we will use a Market Order. Click [Buy BTTC] and the purchased tokens will be credited to your Spot Wallet. 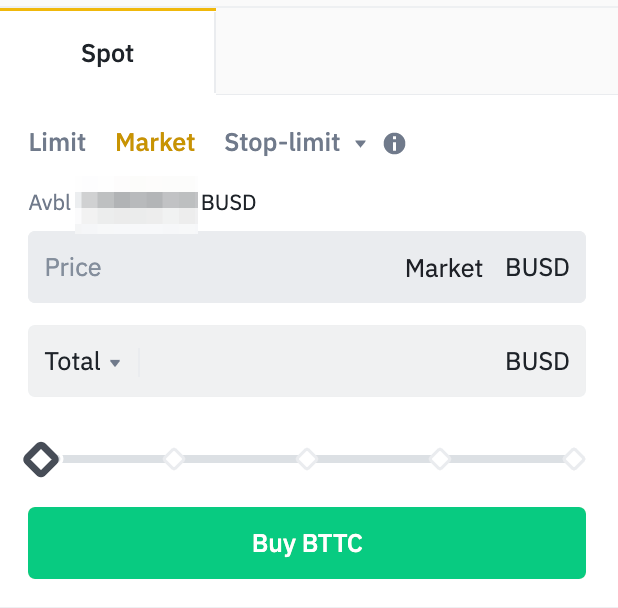 BitTorrent is a unique project that uses blockchain technology and cryptocurrency to revolutionize its existing peer-to-peer file sharing platform. It offers a more decentralized, efficient, and cost-saving alternative to the traditional P2P file-sharing platform. In the future, the BitTorrent team is looking to add more use cases to the BTTC token and support more DApp functionalities, which could be an enticing tool for developers looking to launch their own DApps with file sharing and storing capabilities.