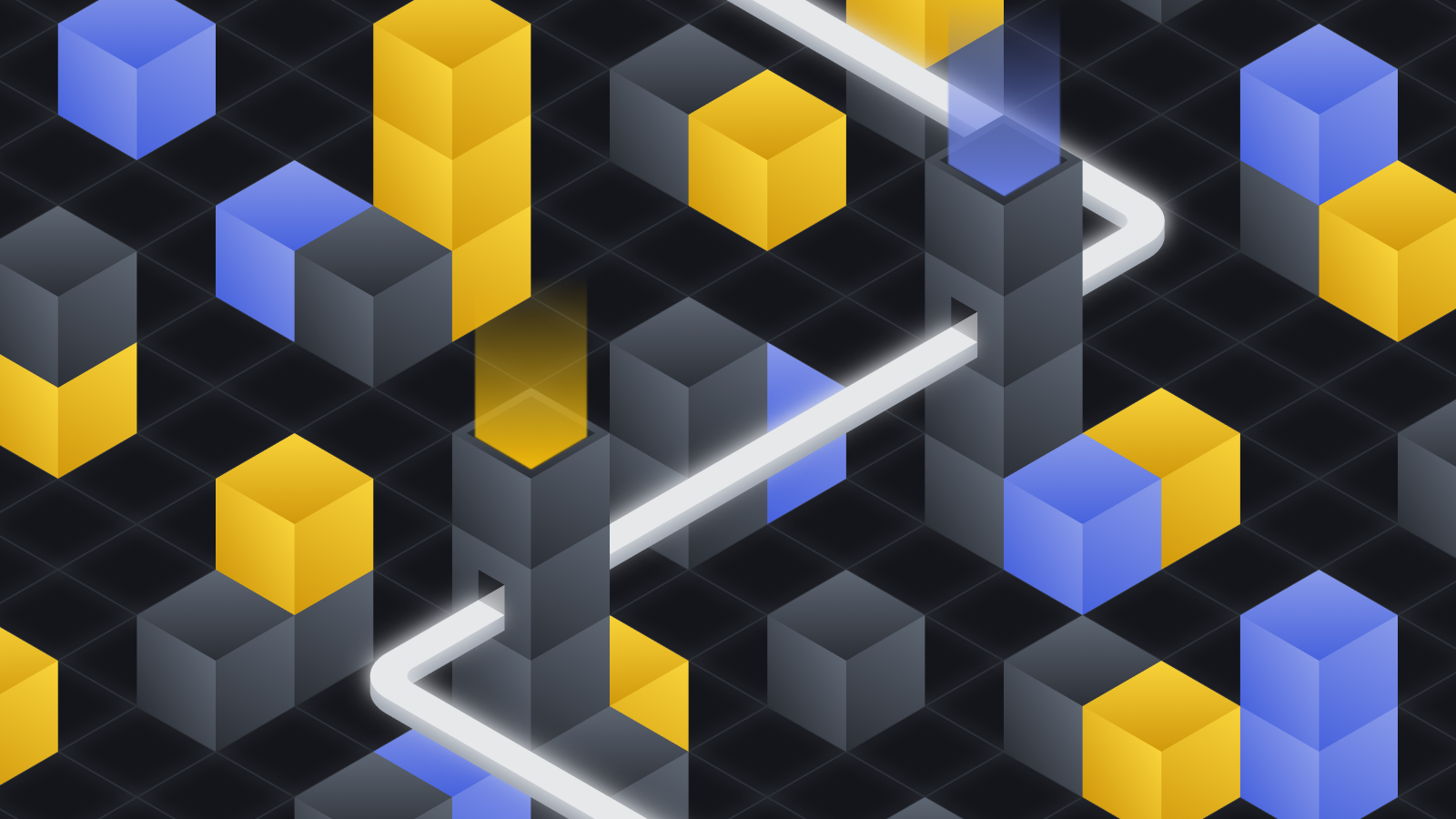 A blockchain bridge is a protocol connecting two blockchains to enable interactions between them. If you own bitcoin but want to participate in DeFi activity on the Ethereum network, a blockchain bridge allows you to do that without selling your bitcoin. Blockchain bridges are fundamental to achieving interoperability within the blockchain space.

A blockchain bridge is a protocol connecting two economically and technologically separate blockchains to enable interactions between them. These protocols function like a physical bridge linking one island to another, with the islands being separate blockchain ecosystems.

Why do we need blockchain bridges?

As the blockchain space developed and expanded, one of the most significant limitations has been the lack of capacity of different blockchains to work together. Each blockchain has its own rules, tokens, protocols, and smart contracts. Blockchain bridges help break up these silos and bring the isolated crypto ecosystems together. An interconnected network of blockchains can allow tokens and data to be exchanged between them smoothly.

Aside from enabling cross-chain transfers, blockchain bridges provide other benefits. They allow users to access new protocols on other chains and enable developers from different blockchain communities to collaborate. In other words, blockchain bridges are a critical component of an interoperable future of the blockchain industry.

How do blockchain bridges work?

The most common use case for a blockchain bridge is token transfer. For example, you want to transfer your bitcoin (BTC) to the Ethereum network. One way is to sell your BTC and then purchase ether (ETH). However, this would incur transaction fees and expose you to price volatility.

Alternatively, you can achieve this objective by using a blockchain bridge without selling your crypto. When you bridge 1 BTC to an Ethereum wallet, a blockchain bridge contract will lock your BTC and create an equivalent amount of Wrapped BTC (WBTC), which is an ERC20 token compatible with the Ethereum network. The amount of BTC you want to port gets locked in a smart contract, and the equivalent tokens on the destination blockchain network are issued or minted. A wrapped token is a tokenized version of another cryptocurrency. It’s pegged to the value of the asset it represents and typically can be redeemed for it (unwrapped) at any point.

From a user’s perspective, this process takes a few steps. To use the Binance Bridge, for example, you will first select the chain you’d like to bridge from and specify the amount. You will then deposit the crypto to an address generated by Binance Bridge. After the crypto is sent to the address during the time window, Binance Bridge will send you an equivalent amount of wrapped tokens on the other blockchain. If you want to convert your funds back, you simply go through the reverse process.

What types of blockchain bridges are there?

Blockchain bridges can be categorized according to their functions, mechanisms, and levels of centralization.

One common categorization is to divide blockchain bridges into two kinds: custodial (centralized) and non-custodial (decentralized).

Custodial bridges require users to place their trust in a central entity to properly and safely operate the system. Users should do extensive research to ensure that this entity is trustworthy.

Non-custodial bridges operate in a decentralized manner, relying on smart contracts to manage the crypto locking and minting processes, removing the need to trust a bridge operator. In this case, the system’s security is as good as the underlying code.

Another classification is based on how a blockchain bridge functions. Some examples include wrapped asset bridges and sidechain bridges.

Wrapped asset bridges enable crypto interoperability, for example, porting bitcoins to the Ethereum network via wrapping the BTC to Wrapped BTC (WBTC), an ERC20 token compatible with the Ethereum network. Sidechain bridges connect the parent blockchain to its child sidechain, enabling interoperability between the two. They are needed because the parent and sidechain may have different consensus mechanisms. One example is xDai Bridge, which connects the Ethereum mainnet to Gnosis Chain (formerly xDai blockchain), an Ethereum-based stable payment sidechain. xDai is secured by a set of validators different from those who maintain the Ethereum network. The xDai Bridge allows easy transfer of value between the two chains.

The most important benefit of blockchain bridges is the ability to improve interoperability.
They enable the exchange of tokens, assets, and data across different blockchains, whether between layer 1 and layer 2 protocols or various sidechains. For example, WBTC enables bitcoin users to explore the decentralized applications (dapps) and DeFi services of the Ethereum ecosystem. An interoperable blockchain sector is critical to the industry’s future success.

While a bridge can alleviate congestion on a busy network, moving assets away to another chain doesn’t solve the scalability issue as users won’t always have access to the same suite of dapps and services. For example, some Ethereum dapps are not available on the Polygon Bridge, which limits its scaling efficacy.

What’s the future of blockchain bridges?

The internet is a revolutionary system partly because of its high interoperability. Blockchain bridges are critical to enhancing the blockchain industry’s interoperability and mass adoption. They have enabled some essential innovations, allowing users to exchange assets between many blockchain protocols. Blockchain bridges have grown significantly in the number of bridges, users, and total transaction volume.

The need for blockchain bridges will likely continue to grow as the internet moves toward Web3. Future innovations may provide greater scalability and efficiency to users and developers. There could be innovative solutions to address the security risks associated with bridges. Blockchain bridges are integral to building an interoperable, open, and decentralized blockchain space.

The development of the blockchain industry is driven by constant innovations. There are the pioneer protocols like the Bitcoin and Ethereum networks, followed by a myriad of alternative layer 1 and layer 2 blockchains. The number of crypto coins and tokens has grown exponentially.

With separate rules and technologies, they need blockchain bridges to be interconnected. A blockchain ecosystem linked by bridges is more cohesive and interoperable, opening up opportunities for better scalability and efficiency. With numerous attacks on cross-chain bridges, the search for a more secure and robust bridge design continues.