What Is UMA (UMA)?
Inhaltsverzeichnis
Introduction
How does UMA work?
What makes UMA unique?
What is the UMA token?
What’s next for UMA?
How to buy UMA on Binance?
Closing thoughts
Altcoin 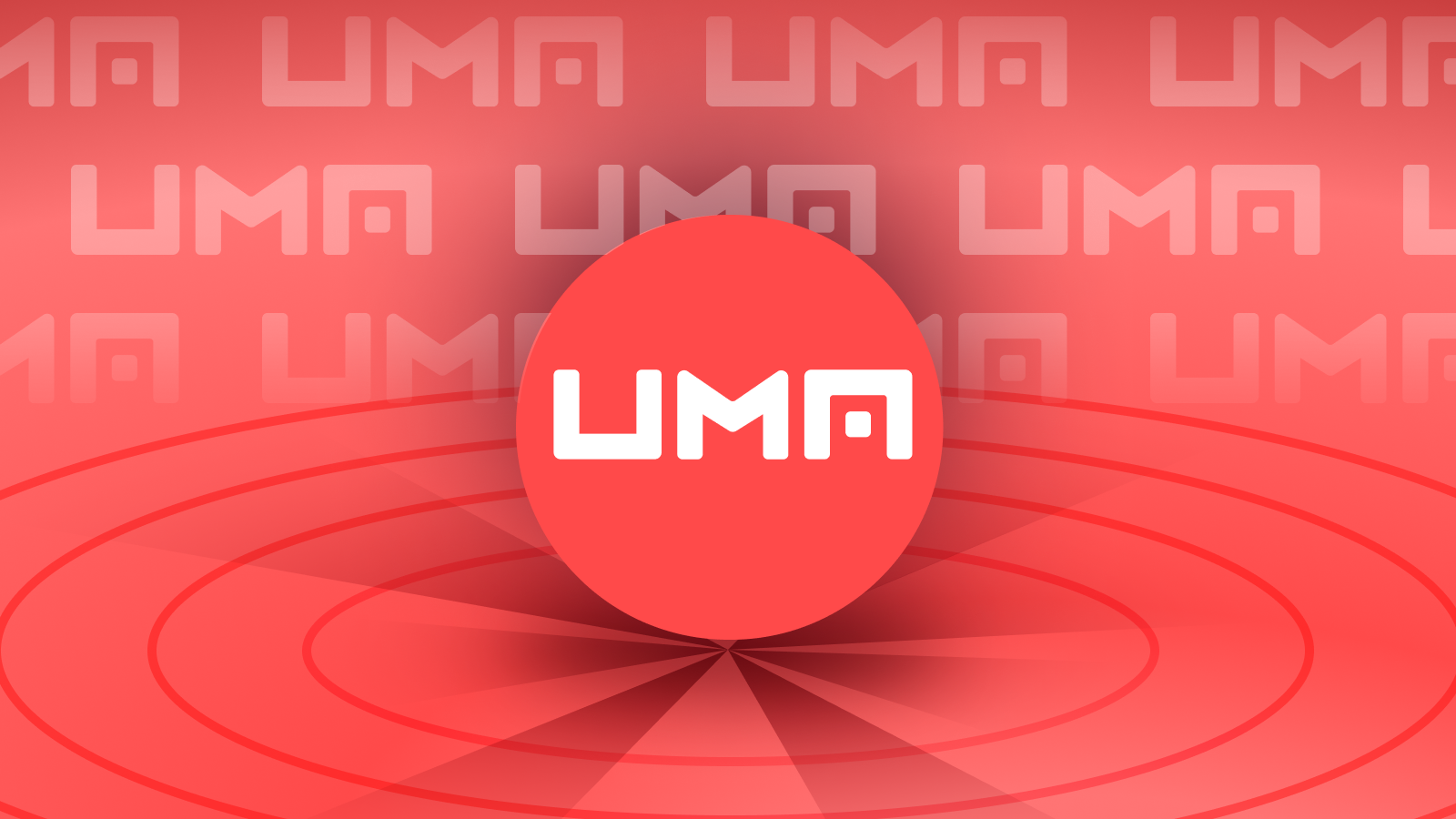 Startseite
Artikel
What Is UMA (UMA)?

UMA is an optimistic oracle (OO) designed to record any knowable truth onto a blockchain.  Oracles are entities that connect blockchains to the outside world. An optimistic oracle is a type of oracle that feeds real-world data into a decentralized system; this data is assumed to be accurate if there are no disputes around it. The optimistic oracle, called a “human-powered truth machine,” aims to introduce flexibility and unlock Web3’s limitless potential with the objective of making global markets universally fair, accessible, secure and decentralized.

UMA was co-founded in 2017 by Hart Lambur. In December 2018, the UMA project white paper was unveiled, and shortly after, the developers announced an official launch of the UMA project and introduced the USStocks token as the first product on the core network. UMA held an initial liquidity offering in April 2021, the first-ever initial offering of a decentralized exchange on Uniswap.

UMA, which stands for Universal Market Access, is an optimistic oracle that secures markets and smart contracts across Web3. Due to imperfect or inaccurate information, off-chain data needed to meet conditions for smart contracts may be insufficient or incorrect. Current oracles are too rigid as they feed singular values and are unable to account for other forms of data. To accomodate imperfect information, OOs incentivize people to verify the accuracy of data, facilitating advanced data verification with a human element.

How does UMA work?

There are three actors in UMA’s Optimistic Oracle system: the contract requesting the data, the participant offering the data, and a potential disputant, who can dispute data if they disagree.

UMA’s OO incentivizes its network of token holders to ensure that accurate data is supplied on-chain. The OO can provide any data through its community of token holders, adding a human element to its data verification process.

Typically, the contract asks for data and specifies a dispute period (which can range from a few minutes to a few days). The proposer posts a bond and offers a data point, which is up to being disputed. After the dispute period has passed, the data is assumed to be true and is delivered to the blockchain, and the proposer gets their bond back. Within the dispute period, someone  may feel that the data is inaccurate and challenge it.

Rewards will compound as they are claimed. Claiming the rewards places the tokens in users’ wallets, making them active voting tokens that will increase the user’s voting power with each successful vote.

UMA’s smart contracts are designed primarily for developers building decentralized applications. However, all UMA token owners can participate in UMA’s optimistic oracle. UMA is a ERC-20 token built on Ethereum that can be held in wallets like Metamask, Trezor, or Ledger, which must be connected to the UMA DApp to enable voting.

UMA's OO provides human-powered data dispute resolution between smart contracts. Unlike standard price-feed oracles that are rigid and only provide singular, repeatable values onto a blockchain, OOs provide a way to reconcile imperfect or ambiguous data between smart contracts. OOs are more flexible than other oracles because they can provide any kind of knowable truth from off-chain, like a sports score, weather conditions or election results, which makes such systems’ potential for Web3 limitless.

What is the UMA token?

UMA is an ERC-20 token and the foundation of the UMA security model. As mentioned, holders of the token can take part in community voting on disputed data. UMA holders earn rewards when they participate in voting. An inflationary reward equal to 0.05% of the current UMA supply is distributed to active voters each time the network goes to vote.

The initial supply of the token was 100 million. In April of 2021, UMA hosted the first ever initial decentralized exchange offering on Uniswap, with an initial price of 0.26 USD. Of the remaining 98 million tokens, 48.5 million were reserved for the founders of the project, 35 million tokens were allocated to the developers of the network, and 14.5 million tokens were put aside for future sales.

In 2021, Risk Labs, the foundation that had initiated UMA, transferred 35 million tokens to the UMA DAO, allowing UMA token holders to vote on when and where to deploy these funds for the ecosystem’s growth.

What’s next for UMA?

Currently, risk management platform Sherlock uses UMA’s oracle as a backstop for their insurance policy dispute system. Polymarket, an information markets platform, will soon be able to ask UMA’s OO questions that other oracles could not trustlessly handle.

UMA is also expecting to see considerable growth in DAO tooling for governance and incentives. Outcome.Finance, powered by UMA, is offering DAOs ways to run trustless incentive programs. Risk Labs is the team and foundation behind UMA, as well as its partner organizations, Across Protocol and Outcome.Finance. UMA and its OO are currently supporting the Across cross chain bridge.

How to buy UMA on Binance?

You can buy UMA on cryptocurrency exchanges like Binance.

2. Type “UMA” on the search bar to see the available trading pairs. We will use UMA/BUSD as an example.

3. Go to the [Spot] box and enter the amount of UMA you want to buy. In this example, we will use a Market order. Click [Buy UMA] to confirm your order, and the purchased UMA will be credited to your Spot Wallet.

UMA’s Optimistic Oracle has secured hundreds of millions of dollars since its launch in 2018. As builders begin to understand and incorporate optimistic oracles, there may come a time when OOs are central to a variety of protocols, DAOs, integrations, and products.