What Is COTI?
Inhaltsverzeichnis
Introduction
What is COTI?
How does COTI work?
Proof of Trust (PoT)
The MultiDAG layer
What is the COTI token?
How to buy COTI on Binance?
Closing thoughts
Altcoin 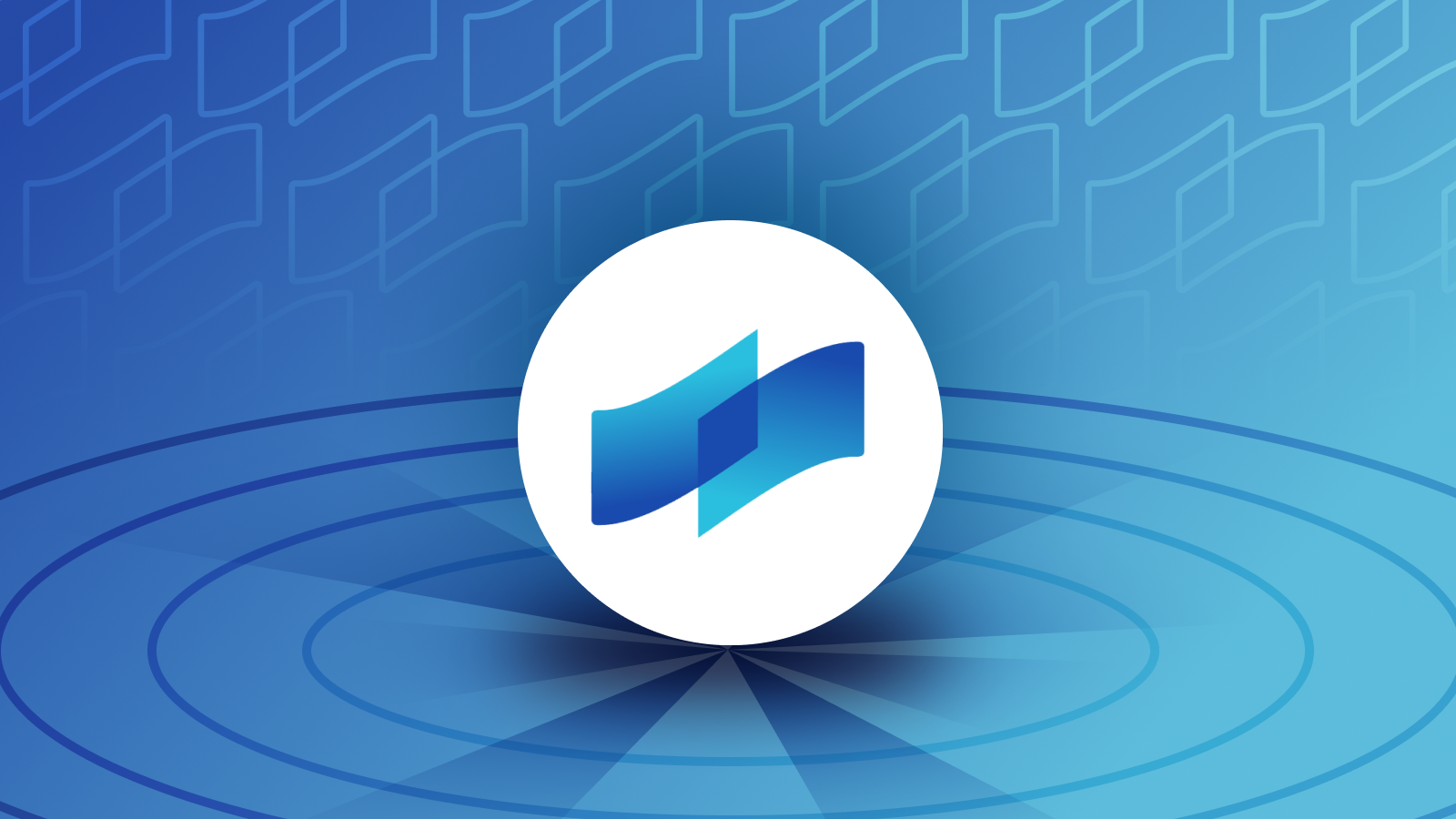 Startseite
Artikel
What Is COTI?

COTI is a layer-1 blockchain ecosystem designed for payments. Unlike traditional blockchains, COTI doesn’t rely on Proof of Work (PoW) or Proof of Stake (PoS) to validate transactions. It adopts a unique consensus algorithm called Proof of Trust (PoT), which combines directed acyclic graph (DAG) data structure with PoW. PoT can lower transaction costs and increase throughput to up to 100,000 TPS.

Its native token COTI is a cryptocurrency that operates on three different mainnets. COTI is used for paying transaction fees and can be staked to earn rewards in the Treasury. You can also use COTI and other cryptocurrencies to pay for goods and services with the COTI Visa debit card. The COTI MultiDAG 2.0 will allow developers, merchants, and enterprises to issue tokens that inherit Trustchain abilities, such as scalability, high throughput, low cost, and easy-to-use payment tools like COTI Pay Business.

COTI is a blockchain ecosystem that facilitates fast and secure transactions with low fees. It aims to revolutionize traditional finance by eliminating the intermediaries and empowering organizations to build their own payment solutions and digital currencies or stablecoins on top of the Trustchain protocol.

COTI is a layer-1 fintech blockchain ecosystem specifically designed for payments. COTI is addressing the challenges of both centralized and decentralized finance (CeFi and DeFi) by introducing a new type of DAG-based protocol and infrastructure that is low-cost, fast, scalable, private, and inclusive. It uses Proof of Trust (PoT) - a combination of PoW and DAG - to achieve consensus.

How does COTI work?

COTI is aiming to build the next generation of financial and digital products encompassing various aspects of the new digital economy. Built from the ground up, from Layer 1 to Apps, it will serve as a fully encompassing ecosystem.

Scalability has been a challenge for major blockchains, such as Bitcoin (BTC) and Ethereum (ETH). They process transactions using blocks, which are added periodically to a growing chain of blocks. However, there’s a waiting period for the blocks to be accepted, which could take a long time to confirm the transactions. For example, Bitcoin can only handle around 20 transactions per second, compared to Visa’s 65,000 TPS.

The COTI network is built on Trustchain, a layer-1 blockchain protocol with a directed acyclic graph (DAG) data structure. It can significantly lower transaction costs and increase throughput to up to 100,000 transactions per second (TPS).

The COTI DAG is called “the Cluster”, a distributed ledger for recording transactions on the network. Instead of gathering transactions into blocks, transactions are placed in sequence, one after the other. For a new transaction to be acknowledged, the validating nodes must link it to two prior transactions.

But which transactions should they link? It depends on their Trust Score. In the PoT system, validators are selected based on their trustworthiness. Each user and node in the Cluster are rated according to their Trust Scores, calculated by their historical behavior and payment statistics. The higher the Trust Score, the quicker their transactions can be processed and the lower the fees.

When a user initiates a transaction on COTI, the Source Selection Algorithm will randomly assign two validating nodes with similar Trust Scores. As a result, transactions from trusted users will be confirmed much faster. As transactions with different Trust Scores will be processed in parallel, it can achieve scalability and network security.

In COTI, PoW isn’t adopted in the way we’re accustomed to. It doesn’t rely on mining to achieve trust. PoW is only used to protect COTI from spamming attempts and incentivize network participants. Completing PoW tasks allows validators to attach their transactions to the Cluster, but it doesn’t guarantee that they can do so. It all depends on their Trust Scores, which are also used for setting the PoW levels that can indirectly affect transaction fee levels. With no mining required, COTI can operate with very low transaction fees.

The COTI MultiDAG ecosystem is similar to that of Ethereum. There are several independent DAGs on the network with different purposes. They each maintain fully customized tokens and applications, but all run simultaneously on the same infrastructure to make the whole network more efficient.

Following the mainnet release of MultiDAG 2.0, COTI will be able to offer enterprise clients the ability to utilize the COTI MultiDAG technology to issue stablecoins and other digital currencies on their terms. Some of the benefits of this service include lower transaction costs, scalable infrastructure, privacy modules, and full technical support from the COTI team. Clients also have the flexibility to issue as many tokens as needed with limited costs.

Djed is powered by COTI and is the first algorithmic stablecoin built on Cardano. It’s a stablecoin based on an algorithmic design. It uses smart contracts to ensure price stabilization, and the coin will be useful for decentralized finance (DeFi) operations. Djed isn’t just a stablecoin built upon Cardano’s chain. It’s also designed to become the ultimate coin with which Cardano’s entire network transaction fees will be paid.

Through the COTI Pay Business product, merchants will be able to utilize new COTI Native assets as payment methods for retail and merchant transactions. COTI’s Trustchain and MultiDAG secure and innovative infrastructure will enable merchants and businesses of all sizes to take advantage of the COTI technology at limited costs.

COTI’s Treasury is an algorithmic and decentralized pool of $COTI that allows users to deposit $COTI and receive rewards for their participation. The pool grows over time as the entire ecosystem pays fees, directly or indirectly, to the Treasury. Fees from all of COTI’s products are streamlined into the Treasury and are distributed as rewards to its users. COTI will also be introducing a governance token this year. The governance token will be distributed to the Treasury’s users and to those who continuously contribute to the growth of the Treasury. It will allow its holders to debate, propose, and vote on changes in the protocol.

What is the COTI token?

COTI coin is the native token of the COTI ecosystem. It is a DAG-based cryptocurrency with a total supply of 2 billion. COTI doesn’t require PoW mining to secure the network. COTI operates on three different mainnets: Trustchain, Ethereum, and BNB Chain.

COTI token holders can use the COTI Bridge to interoperate between the different networks (mainnets). Apart from paying for services within the ecosystem, COTI can be deposited into the COTI Treasury for DeFi staking. The Treasury will then distribute COTI rewards to its users.

How to buy COTI on Binance?

You can buy COTI on cryptocurrency exchanges like Binance.

1. Log in to your Binance account and go to [Trade]. Select either the classic or advanced trading mode.

2. Click on [BTC/USDT] on the top left and search for “COTI”. It will display all the available trading pairs, such as COTI/BUSD.

3. Go to the [Spot] box on the right and enter the amount of COTI to buy. You can use different order types, such as a Market order. Click [Buy COTI], and the tokens will be credited to your Spot Wallet. 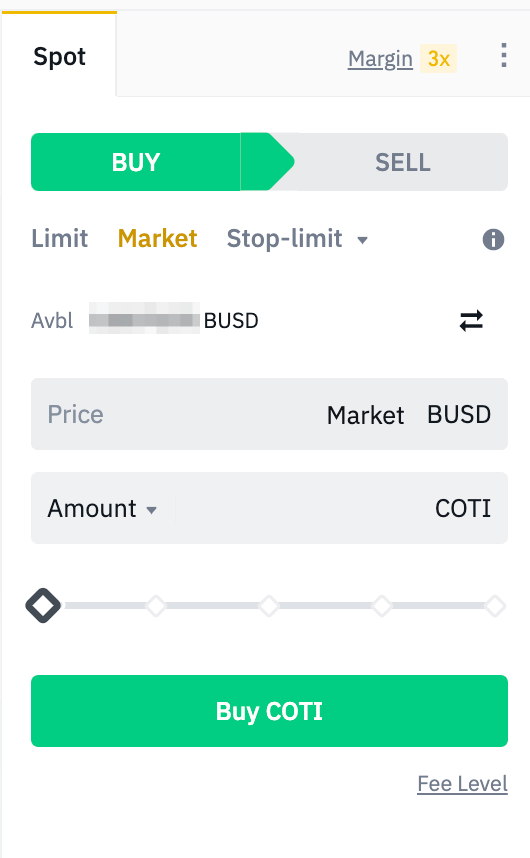 Crypto needs a Layer 1 that is suitable for the unique needs of consumer-merchant payments, and COTI is providing that with its DAG-based Trustchain. According to the team, 2022 is the year during which COTI’s network will exponentially grow from one coin to multiple tokens: enterprise tokens, merchants tokens, governance tokens, Djed, and more. In addition, COTI is looking to expand partnerships with more projects and merchants and is expected to bring more use cases to the platform in the near future. All fees across the COTI ecosystem will be streamlined to the Treasury and distributed as rewards to its users.